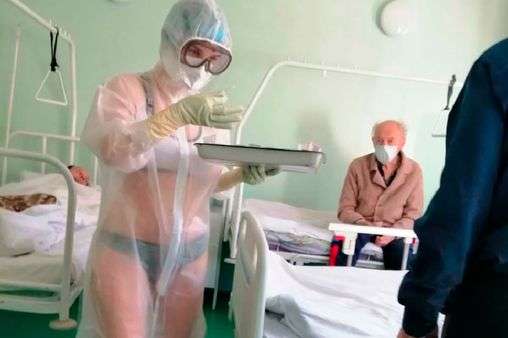 The nurse was photographed on a men’s Covid-19 ward (Image: Tulskie Novosti)

The first pictures have emerged identifying the Russian medic caught on camera wearing only underwear beneath her highly transparent protective gown.

Nurse Nadia, 23, today won a wave of support with demands for her hospital bosses to rescind disciplinary action against her.

Doctors and other medics claimed there were shortages of safe undergarments for use under protective gowns for use in coronavirus wards at Tula Regional Clinical Hospital.

A campaign was also launched against patients taking pictures of hospital staff in wards.

Follow all coronavirus updates on our live blog here 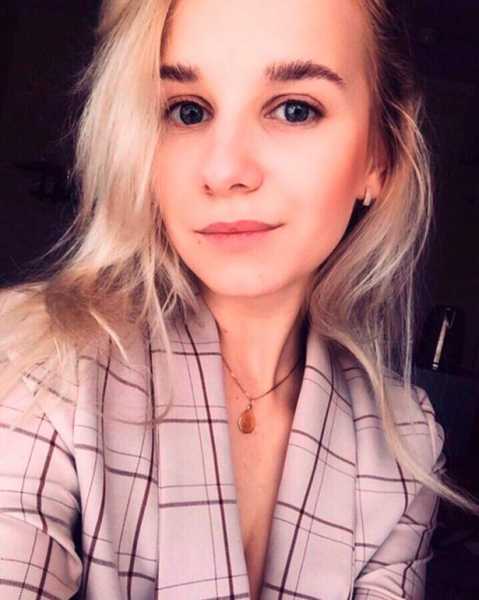 Nurse Nadia has been pictured for the first time since the furore
(Image: VK.com)

Two images showing the nurse wearing only a sports bra and underwear under the see-through gown went viral.

They were taken by a Covid-19 patient in a male ward.

The nurse, who studied at Ryazan State Medical University, was reprimanded for “non-compliance with the requirements for medical clothing”. 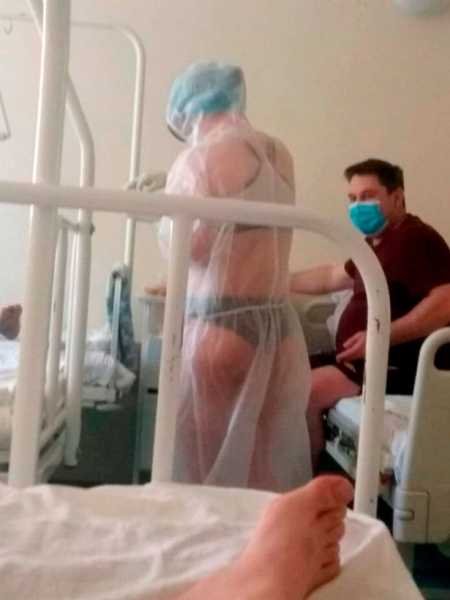 She could be seen wearing a sports bra underneath her PPE
(Image: Sergey Butry)

She has so far not commented on the furore.

Earlier it was reported that she told hospital bosses she was “too hot” wearing her protective gown, and did not realise how transparent it was.

One fellow medic at the Tula hospital Oksana Drybo today posed with a sign aimed at patients saying: "We are not pictures in a gallery… Stop taking photos of us!" 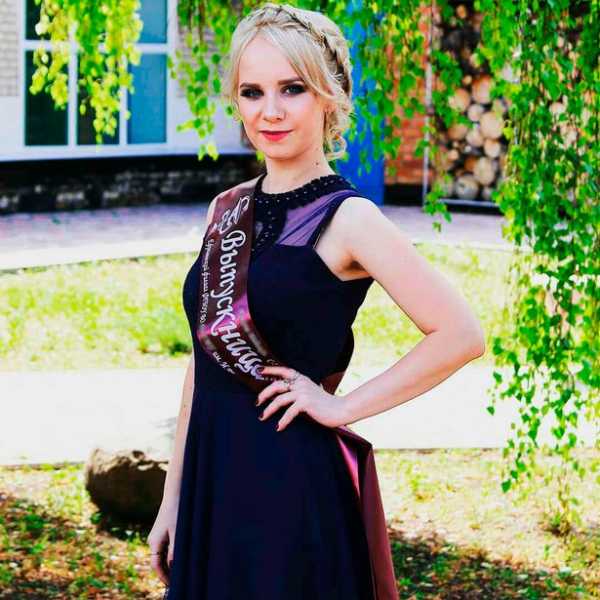 A reader of local newspaper Tula News had congratulated the nurse when the pictures first emerged.

“Why the reprimand?” asked Albert Kuzminov.

Another supporter said: “Everyone shouted at her, but no one paid attention that she was dressed in this way because of the heat.

“Maybe you need to yell at the management … because there is no normal air conditioning here.”

Marina Astakhova posted: "Well done, she raised the mood of the patients.” 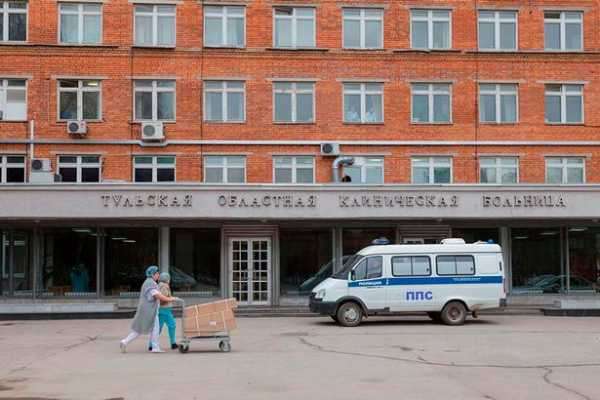 While Valery Kapnin wrote: “Why punish the nurse, you need to reward her.

Russia's death toll climbed past the 3,000 mark after 127 people died in the last 24 hours, Reuters reported this morning.