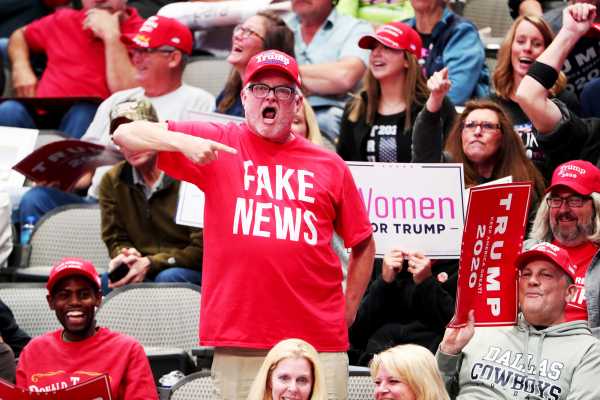 A new book explores the latest revolution in political propaganda.

Share
All sharing options for:
How fake news conquered the world

So much of politics today feels completely divorced from reality.

Bullshit isn’t new, but the sheer volume of it, the constant flood of misleading stories, contradictory narratives, and outright disinformation, has changed the political landscape. The information space, thanks to digital technology, seems more out of control than ever.

A new book by Peter Pomerantsev, a Soviet-born ex-reality TV producer turned journalist and academic, claims that we’re experiencing a brand of reality-bending politics that really began in post-Soviet Russia. It’s a politics built on a distinctive form of propaganda, the goal of which is to confuse, not convince.

It’s also exceptionally cynical. The point, Pomerantsev says, isn’t to sell an ideology or a vision of the future; it’s to tell people that “the truth is unknowable” and that the only way forward is “to follow a strong leader.” This new style has not entirely replaced the old 20th century model of propaganda, Pomerantsev says, but it’s becoming increasingly widespread.

The book, titled This is Not Propaganda, is a disturbing look into the world of spin doctors, political operatives, and digital strategists, basically all of the people working in the shadows of the information war. Pomerantsev’s background gives him a unique perspective into the modern political circus, which is increasingly indistinguishable from reality TV.

I spoke with him about the weirdness of postmodern politics, why it came to Russia first, and how it was exported to America. We also discuss what this new style of propaganda did to Russia’s political culture and if America’s future will look a lot like Russia’s present.

A lightly edited transcript of our conversation follows.

I want to start by asking you how your background as a reality TV producer informs your approach to politics.

I can definitely say it has helped me. We’re in this weird place, really since the advent of TV and especially since the ’90s, where politicians are behaving more and more like entertainment figures. And at some point politics became very much like another reality show.

I think it’s changed how we practice and cover politics.

Several things happened, and they started in Russia before moving to the West. First communism collapses in the early ’90s and Russia embraces democratic capitalism. But just a few years later, faith in democracy and capitalism begins to fade.

So propagandists are negotiating a new terrain where big ideas don’t matter anymore. Old social identities have collapsed, all the old professions and social roles that were in the Soviet Union have collapsed. There’s no idea of the future anymore. Instead of trying to argue in a rational way, politicians become these great performance artists, trying to be outrageous, reveling in the fact that they don’t care about the facts. And this is all very new.

Politics becomes much more about feelings, not ideas. And you can see politicians changing their approach during this period. You can see these Trump-like figures who use similar rhetorical strategies that Trump uses today, where they say totally ridiculous things and you’re never quite sure if they’re serious or not. Sometimes it’s funny, sometimes it’s horrifying …

Right, it’s a show, but the elements of the show are very interesting. 20th century Soviet politicians lied a hell of a lot, but they always made their lies sound very respectable, as if they were the truth. They were still imitating a factual discourse and they were representing an ideology that values the language of evidence.

What was different about these new Russian politicians is that they just didn’t play this factuality game at all. They didn’t care about facts and didn’t pretend to care. So you couldn’t really call out their lies because they were never playing that game. And this is exactly what you see Trump doing right now.

I want to be clear about what you’re saying: A lot of people still think of propaganda as the art of making lies sound truthful, but that’s not at all what people like Putin and Trump are after. They want to make truthfulness an irrelevant category.

It’s not about proving something, it’s about casting doubt. This has always been a function of propaganda, like the tobacco companies trying to make people doubt whether their product causes cancer. But overall most political ideologies have not been about casting doubt — they’ve claimed to be telling the truth about the way the world is or should be.

But this new propaganda is different. Putin isn’t selling a wonderful communist future. He’s saying, we live in a dark world, the truth is unknowable, the truth is always subjective, you never know what it is, and you, the little guy, will never be able to make sense of it all — so you need to follow a strong leader.

This is the way it works now, only it’s spread from Russia across the world.

The collapse of faith in these grand ideologies like communism or democratic capitalism is a big part of this story. The traditional political categories or identities stopped meaning anything to people at some point and that created this new space for … whatever the hell we’re dealing with now.

For sure, and Russia just arrived at this point first. And the propagandists and the politicians found strategies to deal with it. I remember thinking a few years ago, after I finished my last book about Russia, is this the dead end? Or is this freak show a harbinger of things to come? And of course it was.

The same sort of politics I saw in Russia years ago is the same kind of politics I’m seeing now in the UK and Brazil and the Philippines and the US. And the internet and digital media technologies have been the essential tools behind all of it.

For your book, you went around the world talking to people on the front lines of this new information war — the propagandists, the spin doctors, the social media gurus. Do these people know what they’re doing? Do they care? Are they just nihilists?

This is very interesting to me. This is something I really wanted to work out. I talked to all kinds of people — troll farm workers, digital strategists, people who helped organized Brexit. To work in this space you have to be weirdly amoral. Most of them see themselves as political artists. They don’t really care about policies or ideas. It’s all just a kind of game and they’re able to dissociate themselves from the consequences. 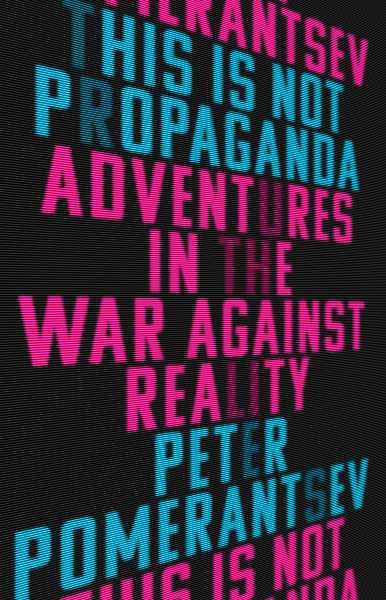 What was the craziest, most batshit place you visited while reporting this out?

Eastern Ukraine is absolutely nuts. This is ground zero for the information war in a lot of ways. The people there have completely lost sense of reality, to the point where Russian bombs are hitting civilian territories in Ukraine, and the Ukrainians think the bombs are coming from Ukraine. They’ll scream at the Ukrainian soldiers, and the soldiers are like, “No, no, no, no … it’s a shell, it obviously came from Russia.” But no one believes them.

All the evidence in the world won’t persuade them otherwise. They were sympathetic to the Russian side, and they’ve completely disavowed the evidence in front of them. They’ve remade the world to fit the narrative planted in their heads by Russian propaganda.

It’s one thing to talk about “alternative facts,” but when your actual house has been destroyed by a Russian shell, and you’ll still saying nonsense, that’s quite stunning.

How is that unreality being reinforced? Is it smartphones? Are they watching Russian state TV all damn day?

It’s mostly TV and rumors — that’s how they get their news. It’s very hard to get Ukrainian TV there. The Russians have put their own signal towers on the border, and so they beam in with a much better signal. So, even though you’re in Ukrainian territory, the Russian signal is stronger. And then local channels run by separatist groups are stronger than the Ukrainian channels.

You’re a little grim in the book about the possibilities of solving this problem. It’s not a matter of simply tweaking the system or inventing a few novel technologies — the tools of the digital age cannot be put back in the box and that leaves us in something like an abyss. Do you see any way out of this postmodern nightmare?

I tried not to be too fatalistic, and I really don’t want to leave the impression that there aren’t steps we can take. There is, without a doubt, a regulatory part to this. We need to revisit the principles of freedom of expression and understand what they mean in the digital age.

Content is not where the battle is anymore. It’s about manipulated campaigns and the lack of transparency of the internet. I think we live in a new form of censorship where we don’t understand how the information environment around us is shaped. We don’t know why an algorithm shows us one piece of content and not another. We don’t know which bits of our data are used to target us and why. We don’t know if what we’re seeing is organic or part of a coordinated campaign. All of this is in the dark.

We need to rip off the curtain for the backstage of the internet so that we can see how information is created, and why, and by whom. And outright deceptive campaigns should be illegal. And by that I don’t mean that people telling lies on the internet should go to jail. But massive campaigns organized by troll farms or governments or private companies that are explicitly deceptive and camouflaged should be illegal.

Ultimately, we have to at least recognize the scale of the problem. Two years ago people were still telling me, “Well this isn’t really new, people have always lied, politicians have always lied.” To still think this way to is to totally misunderstand how technology has ripped up the old rule book.

This is a new thing and it needs to be dealt with. 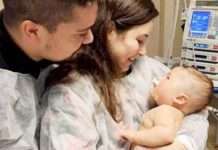 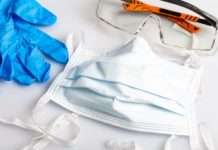 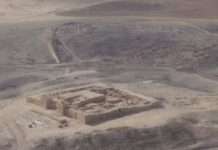