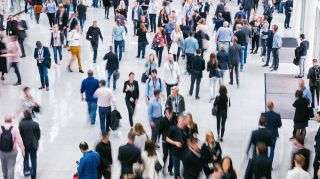 One of the most common causes of Legionnaires’ disease is breathing in tiny droplets of contaminated water expelled from the ventilation systems of large buildings, such as conference centers or hotels.

Legionnaires’ disease is a severe form of pneumonia caused by bacteria in the Legionella genus.

When Legionella bacteria infect the lungs, the bugs can cause two different illnesses: a milder infection known as Pontiac fever (because the condition was first described in Pontiac, Michigan, in 1968), and the more serious Legionnaires’ disease, which can lead to hospitalization and kills about 1 in 10 people infected, according to the Centers for Disease Control and Prevention (CDC).

The lung infection was first described in 1976 when 182 people became sick with pneumonia and 29 of them died after attending an American Legion convention in Philadelphia — hence the name, Legionnaires’ disease.

Legionella bacteria typically live in rivers, lakes and soil, where they rarely sicken people. But once bacteria get inside a building’s plumbing system, drinking water distribution systems and cooling towers, they can multiply rapidly in warm, stagnant water. Corroded pipes and a lack of chemical disinfection in public water supplies can also promote bacterial growth, according to a 2019 report from the National Academies of Sciences, Engineering, and Medicine.

“There can be Legionella bacteria in the water system and no one can get sick, and it’s not clear what shifts the balance toward illness,” said Dr. Loreen Herwaldt, an infectious disease specialist at the University of Iowa Hospitals and Clinics in Iowa City. The chance of becoming sick can be affected by the amount of bacteria a person is exposed to, and the risk of infection is higher for people who are older, are smokers or have some underlying health problem, she said.

Legionellosis is an umbrella term for the two illnesses caused by Legionella bacteria. Besides Legionnaires’ disease, the same bacteria also cause Pontiac fever, a milder illness with flu-like symptoms that does not cause pneumonia.

People typically become infected with Legionnaires’ disease by either swallowing contaminated drinking water or inhaling, through the nose or mouth, tiny droplets of water mist containing the bacteria, Herwaldt said.

Water may become contaminated by passing through poorly maintained water and ventilation systems in large buildings, such as offices, hotels and hospitals, or on cruise ships. According to the CDC, the most likely sources of bacterial exposure include water mist from the following sources:

Why are humans so curious?