UFO enthusiasts have been stunned by what they believe to be an alien craft brazenly passing in front of the Sun in a clip captured by a NASA space satellite.

Bizarre new footage shows a large seemingly-silhouetted spherical UFO transmitting the Sun. In the space of 20 seconds the unexplained object shows up against the fiery star before abruptly returning to its initial position.

A time stamp in the corner of the verified NASA footage dates the incident to February 23 of this year.

He said: “I was using NASA’s SOHO helioviewer to look at the Sun and found this very interesting object passing front of the star.

“The UFO then performed a 180 degree reversal in the opposite direction. 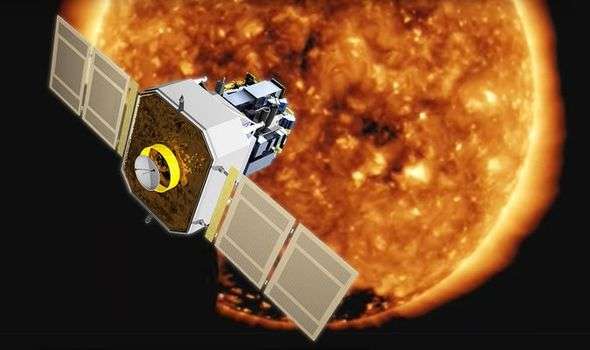 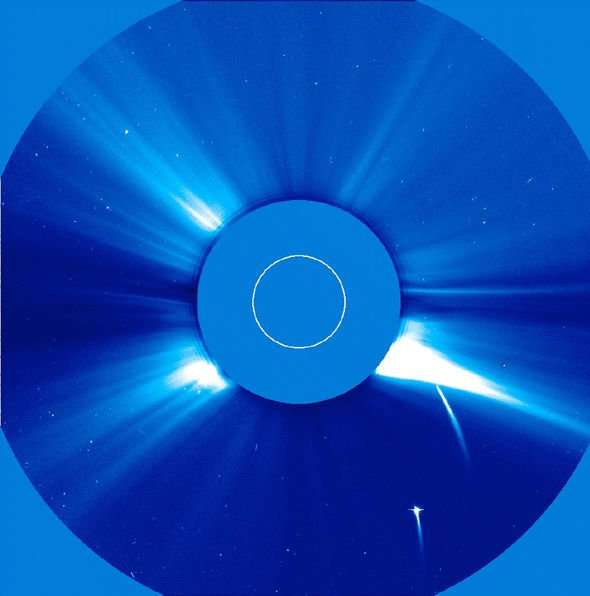 “It is odd as I have never seen this phenomenon before. The object reversed directions like it was on rails.”

Waring then attempts methodically rule out other explanations for the odd incident.

He said: “At first I thought the jet-black circle was the planet Mercury.

“However, because the mysterious object did not orbit the Sun we know it is not a planet like Mercury, Venus or Earth. 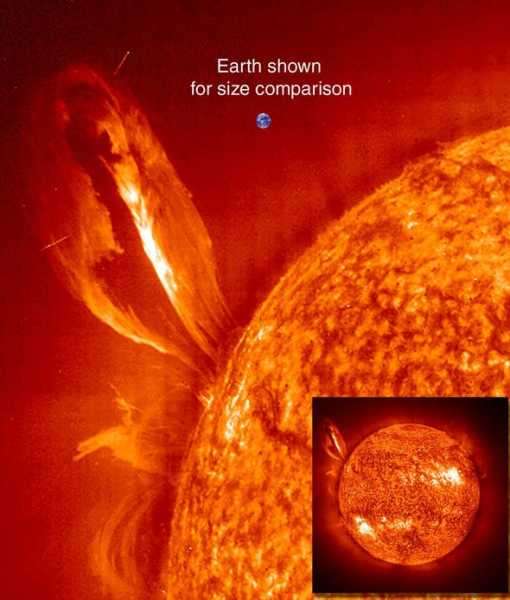 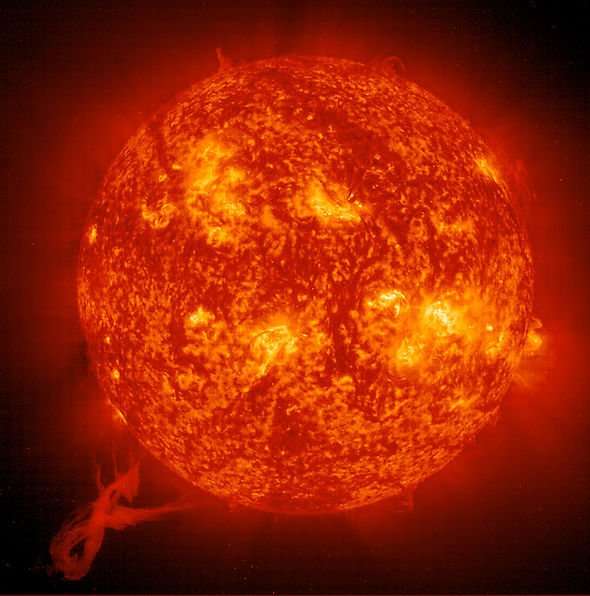 “This is because, as astronomers will remind you, planets do not make U-turns.”

Waring also dismisses the possibly the mystery UFO is a moon.

He said: “The moons of these three planets do rotate and could perhaps be seen at a curving edge of the rotation around a planet, but this is just a guess.”

This thought leads the intelligent alien life hunter to conclude a UFO is responsible for the perplexing NASA video.

He said: “There are a lot of UFOs out there, some planet-sized and this latest sighting is crazy cool.

“I just don’t know, but the fact it reversed itself really makes me think we have witnessed a massive UFO.

“It makes no sense this is anything other than a giant alien craft.

“We still do not know what else is out there, although we do encounter all kinds of strange anomalies found in NASA SOHO footage just like this. 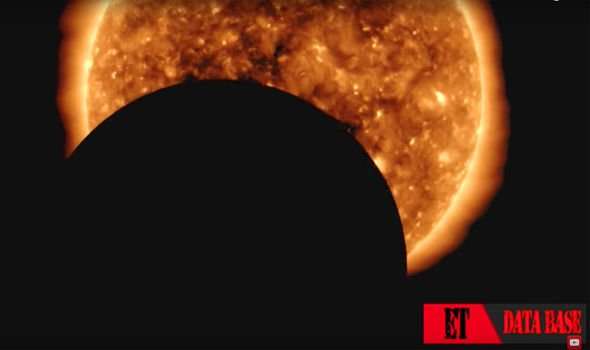 “I guess we will never know what this was for certain.”

The shock clip swiftly generated scores of comments on the etdatabase.com YouTube channel.

YouTube viewer Mike Littlejohn appeared convinced by Waring’s claims, commenting: “What the heck was that?

“No planet moves like that. It could only be a ship of some sort.”

However, Lets Play CrazyAnime was less impressed, writing: “Looks like a lens cap in front of the telescope.”