Home Health Naked man arrested ‘after beheading mum as he thought she was possessed... 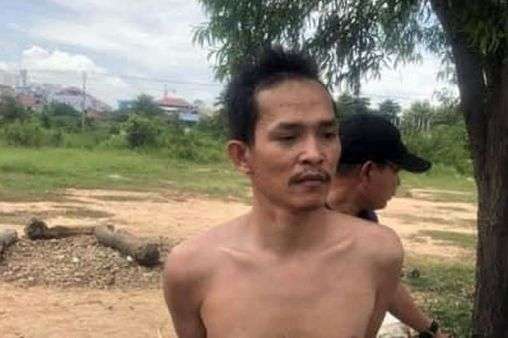 WARNING GRAPHIC CONTENT: Eam Samnang, 32, is accused of barbarically killing his mother after police found him walking armed and naked in the Cambodian capital of Phnom Penh

He reportedly told police he thought a ghost had entered his mother’s body and possessed her (Image: Cambodia Police/Newsflash)

A man has been arrested after savagely beheading his own mother because he believed she had been possessed by a ghost.

Eam Samnang is suspected of killing 65-year-old Hak Sokha after police managed to stop him taking his own life after finding him walking naked in Phnom Penh, the Cambodian capital, on Saturday.

During questioning, the 32-year-old reportedly admitted slitting his mother’s throat with a cleaver because he 'thought a ghost had entered her body and possessed her'. 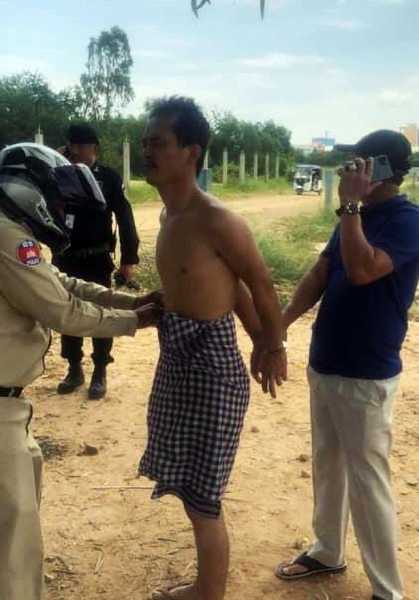 The 32-year-old is accused of the brutal killing of his own mother
(Image: Cambodia Police/Newsflash)

Samnang allegedly claimed that he would kill himself, but local police managed to disarm and restrain him.

Officer Sovann said the victim’s head was completely separated from her body.

At the scene, officers found a letter from the Khmer-Soviet Friendship Hospital concerning the suspect’s mental health issues. 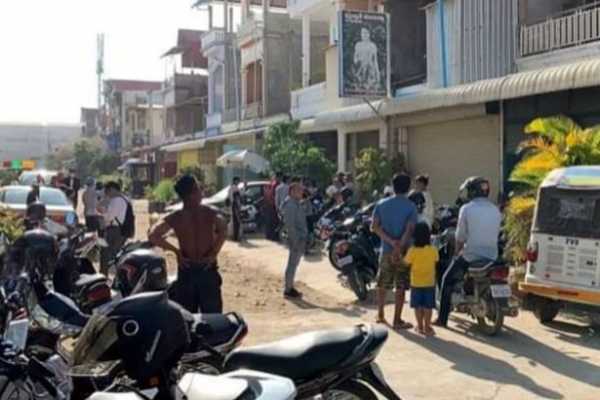 Locals gathered in front of the building where the alleged murder took place
(Image: Cambodia Police/Newsflash)

The spokesperson said: “It is hard for us to say if the suspect has a mental problem.

"He has a confirmation letter from hospital, but it is strange that a company accepted him for work and gave him a monthly salary.

Doctor Nong Sovanrath, who performed the autopsy, said the mother had a dark bruise on her forehead that suggests Samnang knocked her out before allegedly decapitating her.

Meanwhile, neighbours claimed that they saw the suspect walking around the area naked one day before his mother’s death.

They said Sokha had bought her son into their rented room shortly before the attack took place. A CCTV camera reportedly filmed him leaving the property through a window while naked at around 8.40pm.

Brit collapses in agony after horror spider bite abroad – and...