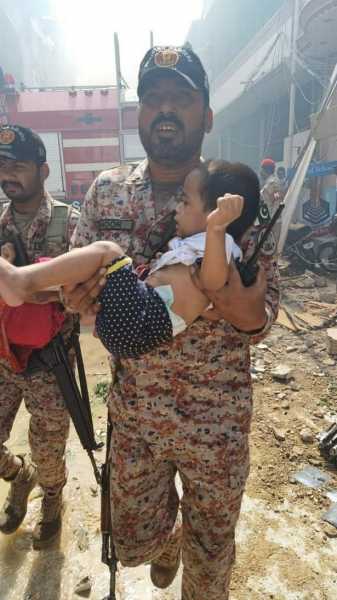 The Pakistan International Airlines jet was on its final approach to Karachi Airport when it crashed near Model Colony and disappeared from radar. The pilot made a desperate “mayday” call to airport control shortly before the crash.

The pilot of the Airbus A320 can be heard on radio making a final desperate call for help seconds before the jet crashed into a residential area in Pakistan.

The Pakistan International Airlines jet was on its final approach to Karachi Airport when it went down near Model Colony and disappeared from radar.

On its tragic descent from the sky, the pilot called radioed control saying: "We are proceeding directly. We have lost engine.

The control room relayed a message saying the runway was "clear to land" – but the plane didn't make it to the airport and crashed into a residential area nearby.

Landing in the densely populated neighbourhood around 4km from the airport, the tragedy has caused masses of devastation – with shocking footage from the scene showing masses of burning debris in the street.

A rescue worker with a child in the area where the plane crashed
(Image: Twitter) 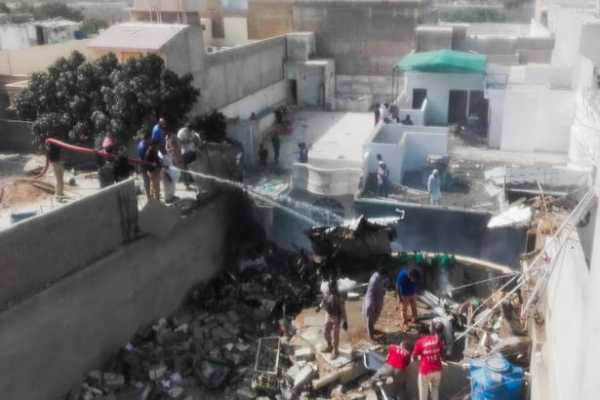 Small pockets of flames can also be seen as some residents appear to wade through the tangle of wires and metal, appearing to search and help any survivors.

A total of 107 people were onboard the Airbus A320 – including 99 passengers and eight crew members.

Spokesman Abdullah H. Khan said in a video statement: "The last we heard from the pilot was that he has some technical problem. 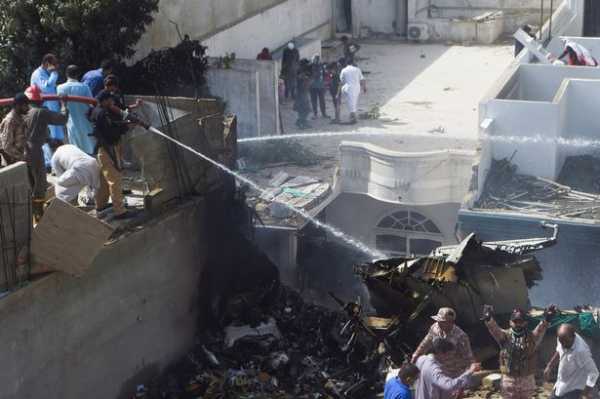 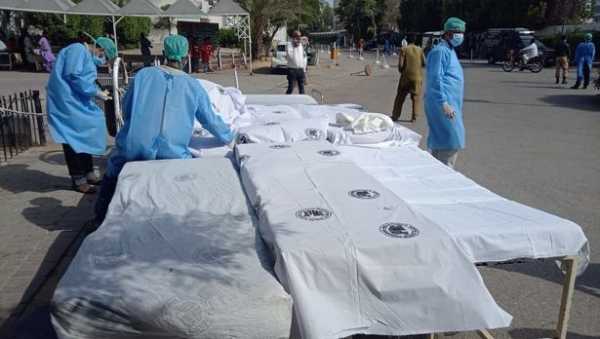 "It is a very tragic incident."

The Pakistani army said its quick reaction force and paramilitary troops have reached the site for relief and rescue efforts alongside civil administration.

Main hospitals in the area have also been put on emergency alert. – meaning they will now face dealing with the aftermath of the crash alongside their battle with coronavirus.

Air Chief Marshal Mujahid Anwar Khan, of Pakistan's Air Force, expressed grief over the crash and said his personnel were on standby to help the airline.

Local TV station Geo showed crowds near the scene which appeared to be a densely populated area and ambulances trying to make their way through. 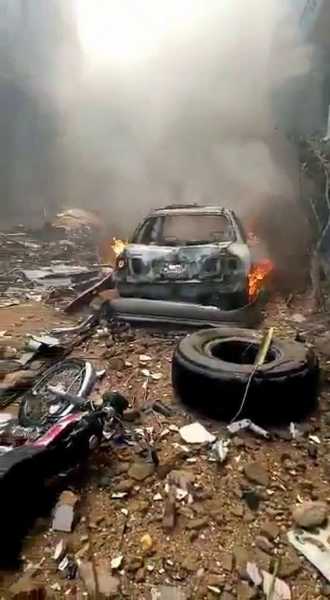 Debris piles in the street as cars were seen on fire
(Image: Twitter) 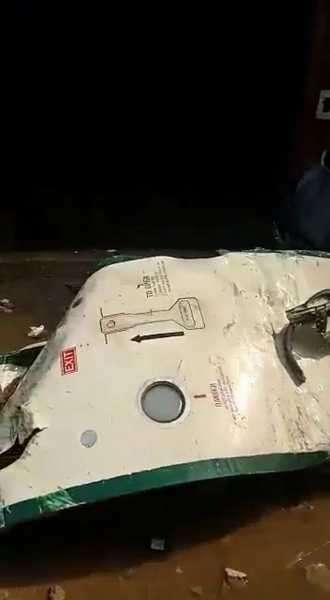 Debris from the plane crash in Model Colony
(Image: Twitter)

It also showed black smoke billowing from the scene and debris as fires burned in the street.

A number of cars were on fire.

Local residents joined the rescue effort as firefighters tried to extinguish the fires.

A senior civil aviation official told Reuters it appeared the plane was unable to open its wheels due to a technical fault prior to landing, but it was to early to determine the cause.

Prime Minister Imran Khan, the former cricketer, expressed "deep sorrow" over the loss of lives and instructed relevant agencies to provide relief, rescue and medical aid to those affected. 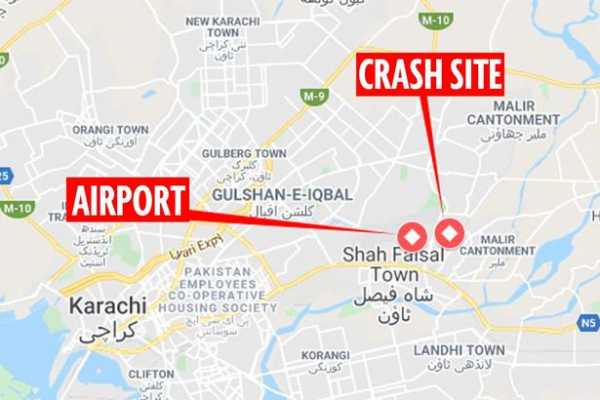 A map shows showing the location of the crash 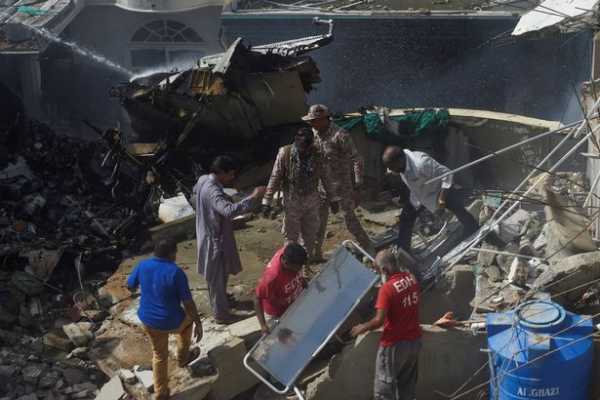 He ordered an immediate investigation into the tragedy.

PIA, the country's flag carrier, has suspended international flights until May 31.

Many domestic flights have also been halted.

A number of crashes and serious incidents have occurred in the airline's history.

Most recently, all 47 on board an ATR 42–500 were killed when the plane crashed in Havelian on a domestic flight from Chitral to Islamabad in December 2016.

Most of PIA's planes were banned from flying within the European Union in 2007 due to safety concerns over its ageing fleet.

PIA is no longer named on the EU blacklist.