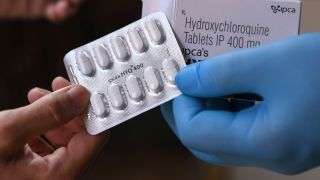 A study that suggested antimalarial drugs such as hydroxychloroquine were dangerous for those with COVID-19 has been retracted. The study was withdrawn over concerns about the study’s data, which was provided by an obscure U.S. analytics company called Surgisphere.

In the study, which was originally published May 22 in the journal The Lancet, researchers reported that hydroxychloroquine and the related drug chloroquine were tied to an increased risk of death and heart problems among hospitalized COVID-19 patients.

However on Wednesday (June 3), the journal published an “expression of concern” about the study, saying that “serious scientific questions have been brought to our attention” about the research, and that the authors had commissioned an independent audit of the study. On Thursday (June 4), the journal announced three of the study’s authors had retracted the paper, saying that they “were unable to complete an independent audit of the data underpinning their analysis,” according to a statement published in the journal. “As a result, [the three authors] have concluded that they ‘can no longer vouch for the veracity of the primary data sources,'” the statement said. The journal added that “there are many outstanding questions about Surgisphere and the data that were allegedly included in this study.”

Surgisphere runs a database used in the study, and claims to have data from more than 1,000 hospitals worldwide, according to The Guardian. This database was also used in another prominent COVID-19 study published in The New England Journal of Medicine (NEJM), which was also retracted on Thursday (June 4). That study suggested that taking certain blood pressure medication did not increase the risk of death in hospitalized COVID-19 patients.

The CEO of Surgisphere, Dr. Sapan Desai, is an author on The Lancet paper and NEJM paper.

A close look at this database has turned up multiple red flags, including that the number of patients listed from each country doesn’t seem to add up, and that doses of the anti-malaria drugs reportedly used in certain countries appear farfetched, according to Science Magazine.

For example, the database included more COVID-19 deaths in Australia than had been reported in the whole country at the time, according to The Guardian. (The Lancet initially issued a small correction about this discrepancy, saying that one hospital that was categorized as Australian should have been included in the “Asia” group.)

What’s more, when The Guardian reached out to seven Australian hospitals included in the database, none of them had heard of Surgisphere, and they denied any involvement in the database.

In addition, many of the doses reportedly given to patients in North America were higher than what’s recommended by the U.S. Food and Drug Administration, Science reported.

There are also questions about Surgisphere itself, which was founded in 2008 as a medical education company, but only recently announced having its database, according to The Guardian.

Desai told the Guardian that the company has 11 employees. Three of those employees were listed on the company’s LinkedIn page as of Wednesday (June 3), The Guardian reported.

“Surgisphere came out of nowhere to conduct perhaps the most influential global study in this pandemic in the matter of a few weeks,” physician and entrepreneur Dr. James Todaro, told The Guardian. “It doesn’t make sense … It would require many more researchers than it claims to have for this expedient and [size] of multinational study to be possible.”

Desai told The Guardian that Surgisphere’s health-care data analytics services started around 2008 and have grown since then. He added that the company uses artificial intelligence and machine learning to automate processes as much as possible.

A statement on Surgisphere’s website says that its database is “an aggregation of the deidentified electronic health records [EHRs] of customers of QuartzClinical, Surgisphere’s machine-learning program and data analytics platform. Surgisphere directly integrates with the EHRs of our hospital customers. … As part of these QuartzClinical customer agreements, Surgisphere … has permission to include these hospitals’ EHR data in its queryable registry/database of real-world, real-time patient encounters.”

After The Lancet study was published, the World Health Organization (WHO) paused work on a trial of hydroxychloroquine for treating COVID-19 due to safety concerns about the drug. But on Wednesday (June 3), the WHO announced that the trial would resume. However, the organization said that there is still no evidence that any drug, including hydroxychloroquine, reduces the risk of death from COVID-19, according to CNBC.