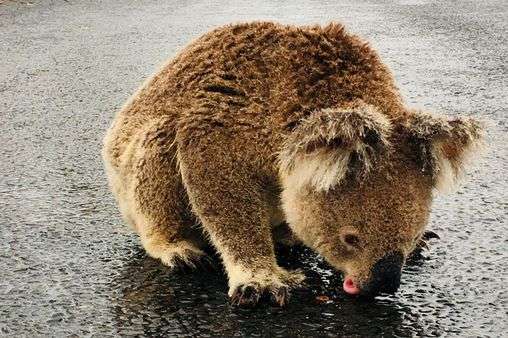 A koala licking rainwater off a road in New South Wales (Image: PAMELA SCHRAMM via REUTERS)

A heartbreaking image of a young koala desperate for water amid the devastating Australian bushfires has gone viral.

The emotional picture shows a young koala in New South Wales who has wandered into the road to drink rainwater, in an uncharacteristic move, after relentless blazes have destroyed its habitat.

The koala was found on a road between Moree and Croppa Creek in New South Wales by a family who contacted the local wildlife warden after failing to find its mother.

The word koala means ‘no water’ in several native Australian languages because of the simple fact they do not drink water.

Instead, the marsupial native to Australia gets its moisture from eucalyptus trees.

But these trees have been ravaged as fire has destroyed 40,000 square miles of land across the country.

A near unprecedented drought and exceptional temperatures triggered the unusually intense bushfires. 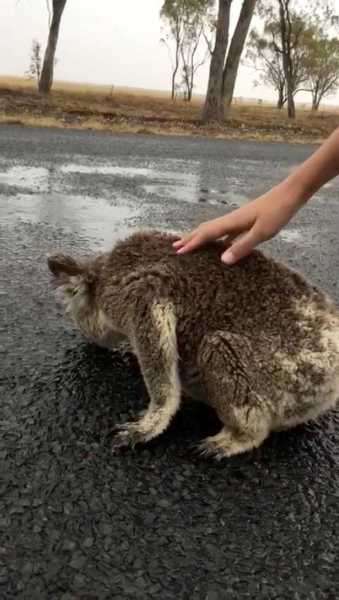 Koala's are on the threat of extinction because of the widespread forest blazes
(Image: PAMELA SCHRAMM via REUTERS)

The government has pledged to spend $50m to help rescue and protect wildlife affected by the crisis and environment groups have released a list of fauna species for which they hold immediate concerns.

The fires in northern New South Wales in October and November tore through key koala habitat in areas including Port Macquarie.

Bushfires in East Gippsland in Victoria have also burnt through bushland where the species is found. 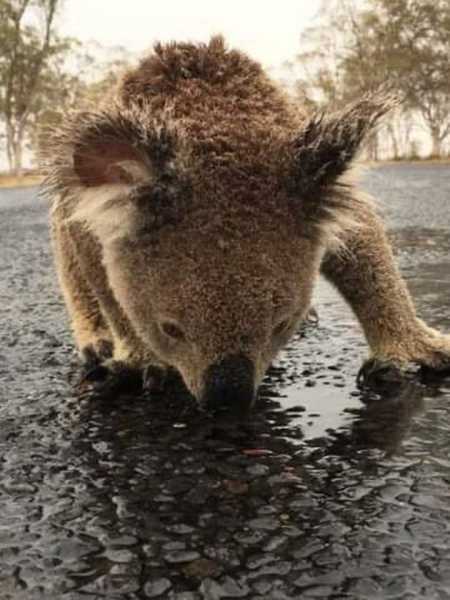 The Australian government has said it will spend $50m to help the endangered wildlife
(Image: PAMELA SCHRAMM via REUTERS)

Additionally, the species was introduced to Kangaroo Island in the 1920s and the island is home to Australia’s only populations of the species that are chlamydia-free.

Thousands of animals have reportedly died in the disaster, but there are populations in other parts of the country that are not fire-affected.

It is estimated more than one billion wild animals are estimated to have died as the infernos have ravaged the bushland.

In total, 20 species have been pushed to the point of extinction, including the emblematic koala bear. 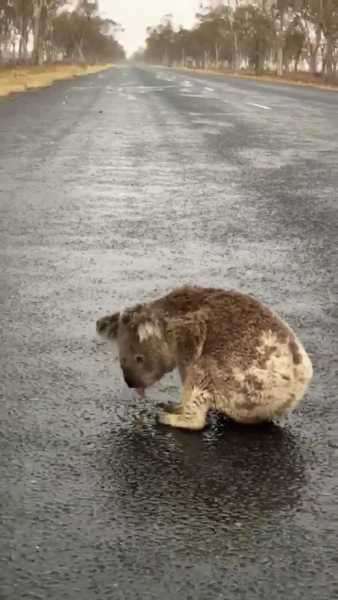 In total, 20 species are facing extinction as a result of the widespread bushfires
(Image: PAMELA SCHRAMM via REUTERS)

The WWF in Australia said: "Sadly the destruction and fragmentation of their habitat means they’re forced on to open ground in search of another place to call home.

"It’s during this time that they face being hit by cars, attacked by dogs, falling sick to diseases like chlamydia and exposed to prolonged stress."

Currently around 69 fires are still active across the country, although there has been some reprieve as rains have fallen on the east coast.

However, the WWF has said in the last two decrease their numbers have already dropped by a quarter.

The wildlife organisation said: "At this rate, koala populations could be extinct as early as 2050."

So far, the bushfires in Australia have burned through more than five million hectares of bushland, destroying 2,100 homes

The death toll from New South Wales's unprecedented bushfires has climbed to 21 after an elderly man from Cobargo who was burned on New Year's Eve died.

The 84-year-old was taken from his home on Tuesday December 31 to South East Regional Hospital before he was transferred to Concord Hospital in Sydney where he died in the early hours of Saturday.

He is the third person to die in the area.

Electrical ‘storms’ and ‘flash floods’ drown the brain after a stroke