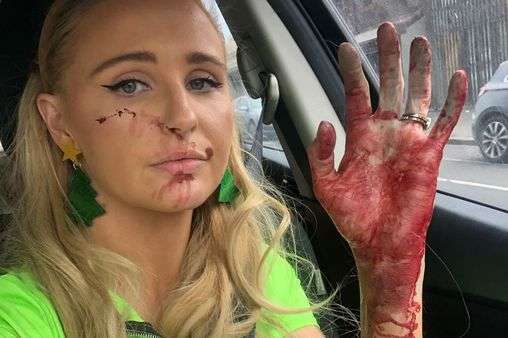 Annie Nolan, wife of AFL star Liam Picken was driving home on Sunday when she spotted a bigger dog attacking a smaller one in Melbourne, Australia

Annie was left with blood on her hands and face (Image: uncannyannieblog/Instagram)

A WAG was left with horrific injuries after she leapt from her car to break up a vicious dog fight in the street.

Annie Nolan, wife of AFL star Liam Picken, was driving home on Sunday when she spotted a bigger dog attacking a smaller one.

The mum-of-three pulled over in the street in Melbourne, Australia, and attempted to pull the animals off one another.

She was left with blood over her hands and face after being bitten by the larger dog.

Annie, 30, who writes a blog called Uncanny Annie, was rushed to hospital and treated for her wounds – which included a deep bite to her thumb. 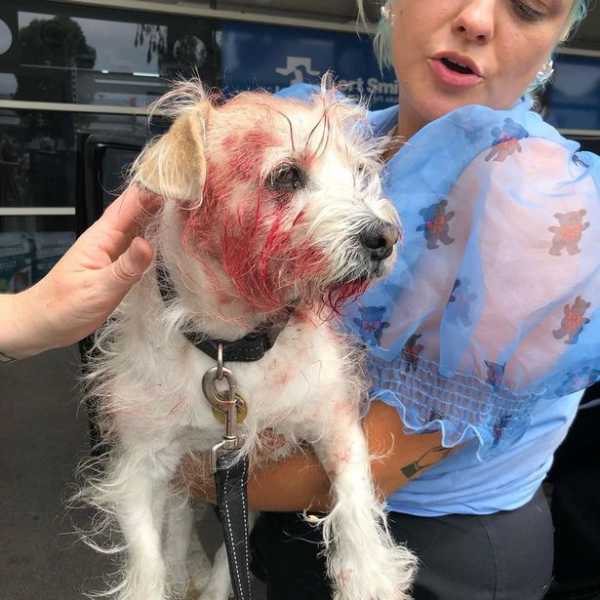 She underwent a blood transfusion and is understood to be recovering.

Annie has asked for help on social media to find the owner of the larger dog, but insisted she doesn't want the dog put down.

She said the larger dog was on a leash and their owner “did all they could” – suffering horrific injuries to his own hands.

Annie said: “I’m pretty sure he might have lost fingers – hope he’s ok." 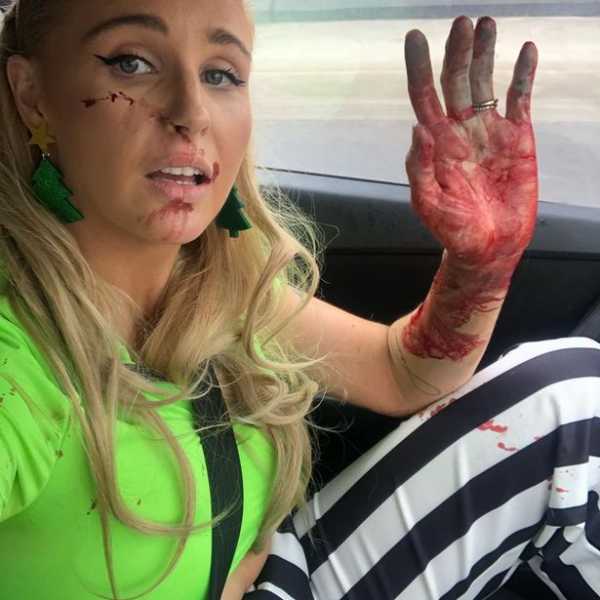 Annie said the owner of the larger dog suffered massive injury to his hand
(Image: uncannyannieblog/Instagram)

In her appeal to help find the owner, Annie said: “We DO NOT wish ill for this owner or the dog.

"Simply need contact in hopes they will cover vet bills, inform me if they have any blood-borne diseases (as I am in emergency getting blood work done), and we are concerned for the welfare of him and his young daughter who witnessed it."

After being admitted to hospital, Annie said: "I’m washed and look better now so my kids will be fine but the other guy had a child there and I really hope sh is OK.

"Thanks for the well wishes. I will be 100 per cent fine. "The dog has a punctured neck and has a few issues but it look like it will be fine and will recover. Hope the other party involved are OK.", reports the Mail.

The small white dog was taken to a vet for treatment.

It was pictured covered in blood to its face after the incident.

Girl, 6, tortured with icy water ‘to destroy chip inserted in...

Scientists spot the biggest known explosion in the universe