Nisachol Sawasdiwong, 33, was in bed with her husband Yothin when a blaze ripped through their property last Thursday

A woman was burned alive when her charging phone exploded and set her wooden house on fire as she slept.

Nisachol Sawasdiwong, 33, was in bed with her husband Yothin when a blaze ripped through their property last Thursday.

The husband managed to stumble out of their home in Nakhon Si Thammarat, southern Thailand, before losing consciousness.

Nisachol sadly collapsed as she tried to escape. 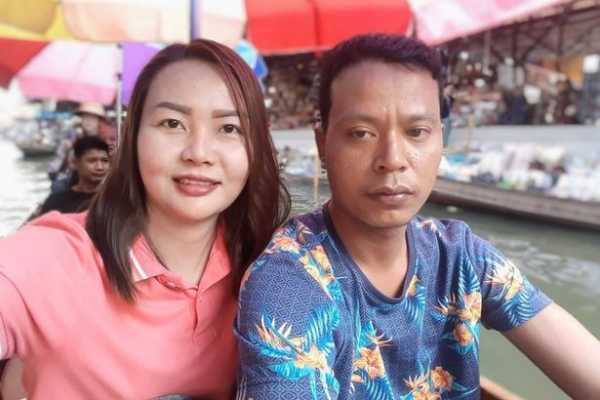 Nisachol Sawasdiwong, 33, with her husband Yothin who managed to escape the blaze
(Image: ViralPress)

The husband was rushed to hospital but has not regained consciousness and is in a critical condition.

Police put forward a theory that the fire was a possible cover up by the husband to hide the murder of his attractive, younger wife.

However, fire crews said the blaze was caused by a short circuit from a smartphone which was plugged into the mains while it charged over night.

Post mortem examinations also discovered that the wife's injuries were caused by the intense heat from the inferno. 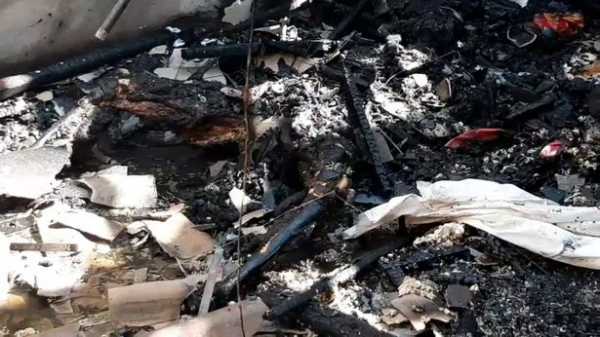 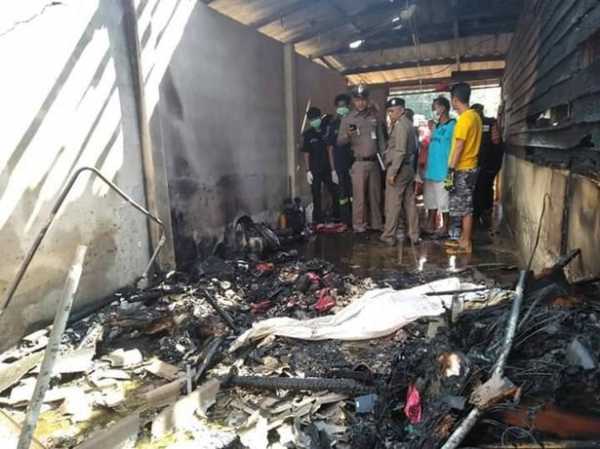 ''This spread to the house while the man and woman were sleeping.

''Further autopsies from doctors confirmed that the wife died due to heat from the fire.''

Neighbours said the husband stumbled out of the home but passed out on the ground. He was ''close to death'' and rushed to hospital to be treated for burns across his body and smoke inhalation. 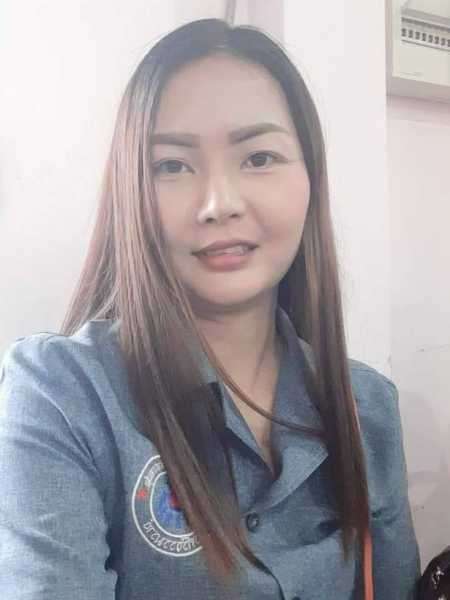 Nisachol passed out inside the building a she tried to escape
(Image: ViralPress) 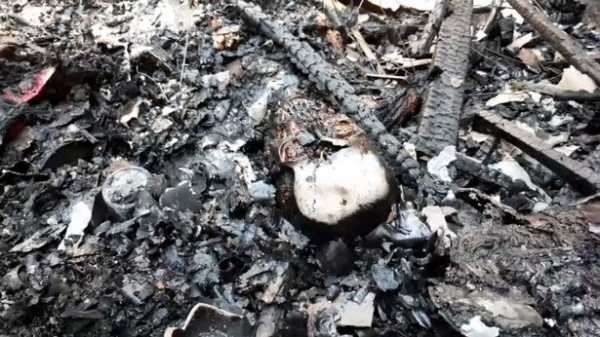 Medics said the skull of the dead wife had a large crack. Doctors determined that it was caused by ''heat disintegration.''

Police suspected at first that the husband could have murdered his wife then torched the home but later discounted the theory.

They are now waiting to interview the husband if he regains consciousness.

The police chief added: ''It was strange that the husband escaped the fire but not his wife. She had head injuries so we considered whether he murdered her first then started the fire.

''However, neighbours said he tried to help her but she passed out inside the building from smoke inhalation because she had been ill recently and was not strong.

''We also know that they would normally charge their phones at night and fire crews said the fire started from an electrical short circuit that they suspect came from the phone.

"The information from the husband would be useful for this case but he is in the severe condition and could die.''