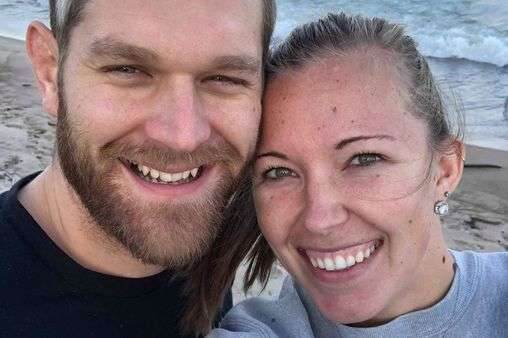 It was supposed to be a dream holiday in the Dominican Republic with hubby Denny (Image: Caters News Agency)

A shocked woman has revealed the henna horror she suffered after a holiday tattoo left her scarred and in hospital.

Rachel Major, 28, was on holiday in the Dominican Republic, Caribbean, in December 2018 when she decided to get a henna tattoo on her right ankle from a stall nearby.

Delighted with the initial result, the real estate agent had no problems with her $10 [£7.60] black henna tattoo until it started itching ten days after it was done.

Then, over the course of the next week, Rachel's temporary tattoo started to blister and swell – worsening to the point where she had trouble walking and had to be rushed to hospital for treatment.

Rachel, from Wyoming, Michigan, US, is sharing her story to encourage others to avoid having holiday henna as it has left her currently scarred and recovering from the pain. 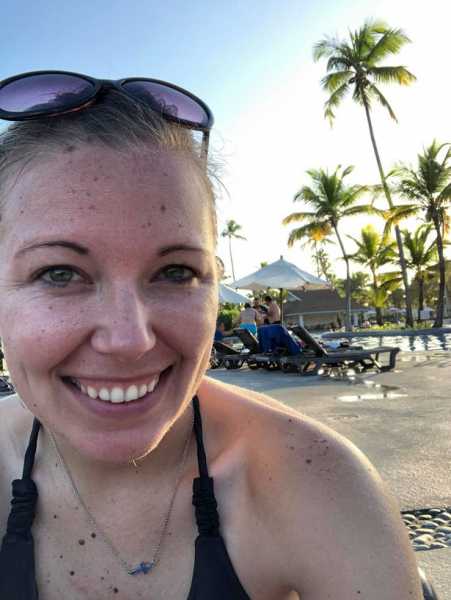 She said: "I had never had henna done before, so when I saw the stand I thought I would get it done to make my foot look pretty whilst wearing sandals on the beach.

"I saw lots of other people getting their henna done from this stand, so thought it would be fun.

"When I first had it done I loved the result and it seemed fine for the first nine days – it wasn't until the tenth day that it became very itchy.

"After that the itching didn't stop and it started blistering and swelling and would burn every time I walked, making it hard for me to walk at times. 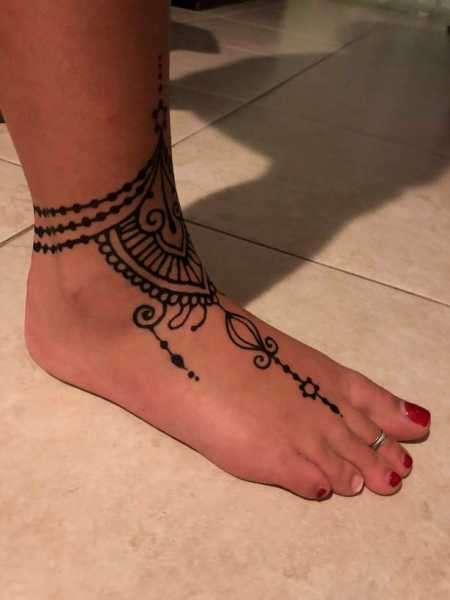 On the first day it was done all seemed well
(Image: Caters News Agency)

"When it got too much I went to the urgent care unit at the hospital and was prescribed two different types of medication and a cream, which helped everything go down, but the scar still remains.

"It was the worst decision I have ever made and would never get henna again – and wouldn't advise anyone else to in case their skin reacts the same!"

Despite the scar currently residing on her foot, Rachel is hoping that it won't be permanent.

She said: "I hope that it won't scar forever – but you can currently still see the outline of the henna. 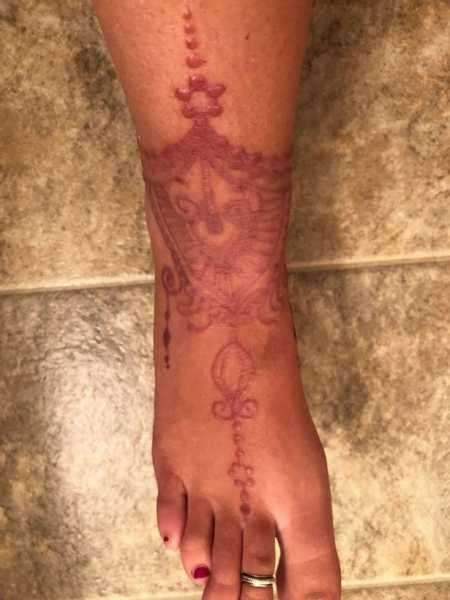 "I'm hoping that this is because the skin there didn't get a sun tan, so it's really pale and it's fresh new skin.

"This summer I'm going to try and tan that part of my ankle so that you can no longer see the henna outline – but if that doesn't work I'm not sure what I'll do!

"I'm just glad that the henna was only on my foot and nowhere else on my body – as a permanent scar anywhere else could be a lot more noticeable.

"It definitely wasn't worth what I went through for the promise of a couple of weeks of a pretty tattoo." 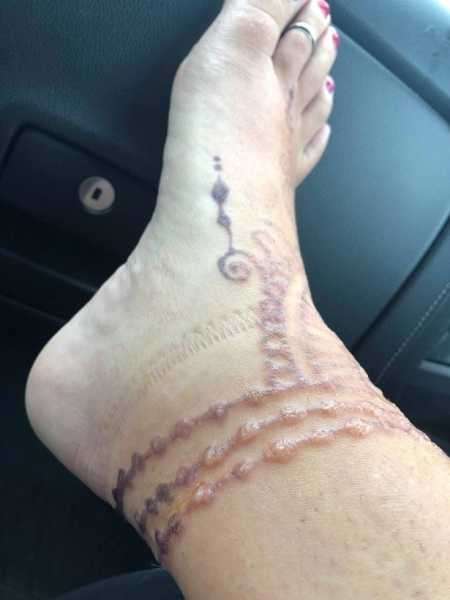 DAY ONE TO NINE – No issues.

DAY 15 – Rachel went to urgent care and was prescribed medication

DAY 16 – Pain started to ease: no itching, no throbbing and swelling started to slowly reduce.

Covid-19 doctor shot in the stomach on the way to work...