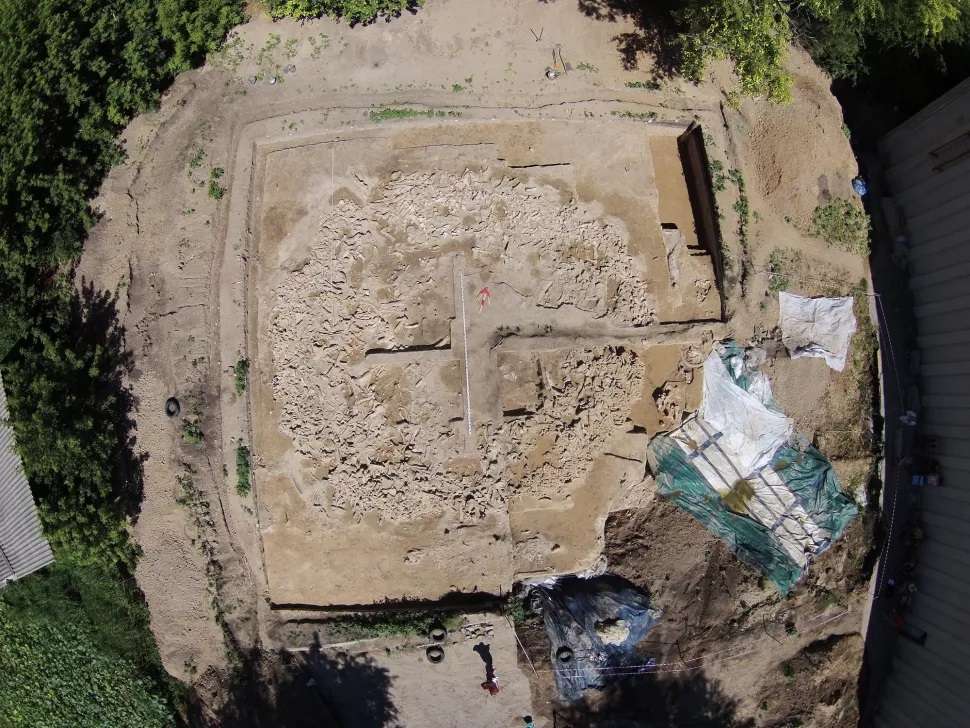 At the archaeologists site of Kostenki 11, 560 km from Moscow, bones of more than 50 mammoths were identified, as well as bone remains of reindeer, horses, bears, wolves, foxes and sands. Excavations are carried out jointly by Russian and British scientists.
The prehistoric hut is a circle with a diameter of 11 m. The bones were most likely stacked on top of each other so that they stick together and do not disintegrate. Flesh remained on some bones at the time of masonry. The beams on which the skins were pulled – to make the structure look like a hut or a yurt – have not yet been discovered.
The ice age began in Northern Europe 75,000 years ago and lasted 57,000 years. The minimum temperatures in it were set between 23,000 and 18,000 years ago, that is, just at the time when the circle in Kostenki 11 was composed. The summer in that era was very short and cool, and the winter was long and cold. Temperatures in the -20С were common.

The cold climate prompted ancient people to migrate to the south, where living conditions were more favorable. The group that laid down the hut in Kostenki at some point also left the abode, despite the fact that a river flowed nearby, capable of providing people with fresh water and fish.
Archaeologists are still thinking about the purpose of the bone building. It could serve as a dwelling, ritual place, but also a kind of warehouse for storing food, given that in each of the 50 mammoths there was a huge amount of meat.
It is doubtful, however, that such a structure could be used for housing. Piled in a pile of bones with the remains of flesh on them should source the disgusting smell of decomposition, which would inevitably attract predators: wolves and foxes.

GIANT alien spotted in Antarctica with entrance into mountains – claim

Ursids Meteor Shower peaks tonight – how to see a shooting...