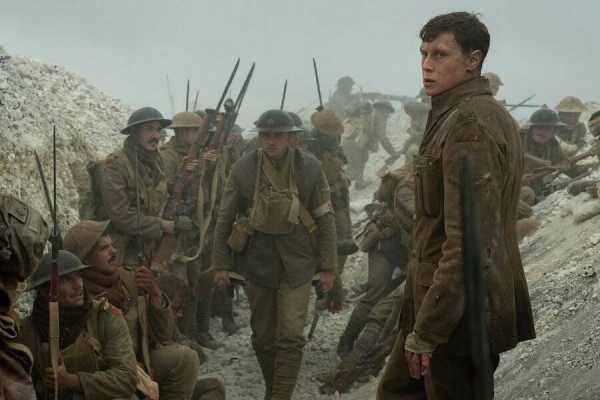 Sam Mendes’ WWI drama is based on a real retreat by the German forces code-named Operation Alberich. Here’s the true story of the maneuver that prolonged the war for one more brutal year.

DreamWorks PicturesGeorge MacKay in Sam Mendes’ 1917, which was inspired by the German retreat in 1917 known as Operation Alberich.

Is 1917 based on a true story? Yes and no. The World War I drama, written and directed by Sam Mendes, tells the story of two young British soldiers who are ordered to cross no man’s land in order to stop a planned British attack that will likely result in the death of hundreds of soldiers.

These two soldiers did not exist, nor did anyone else shown in the film. But while the characters in the movie are fictional, the events of 1917 were based on a real strategic retreat that was executed by the German army called Operation Alberich.

The concept of 1917 came from Mendes, whose own grandfather, Alfred Mendes, who was a messenger for the British on the Western Front. Mendes wanted to honor his grandfather, as well as all the troops who fought in World War I and decided to take inspiration from a story Alfred would tell him growing up.

“I had a story that was a fragment told to me by my grandfather – it’s the story of a messenger who has a message to carry,” Mendes told The Times. “It lodged with me as a child, this story, or this fragment, and obviously I’ve enlarged it and changed it significantly. But it has that at its core.”

The theatrical trailer for Sam Mendes’ World War I film 1917.

Mendes wanted the movie to be based on the real events of World War I and be as historically accurate as possible. When he was developing 1917, Mendes began researching the war and found the perfect setting for his movie: Operation Alberich.

By 1917, the Western Front had devolved into miles of trench warfare and the German forces were spread thin. There was no doubt they were on the defensive against the relentless pressure from British and French troops, with the Battle of Verdun and Battle of Somme thoroughly exhausting the Germans.

Erich Ludendorff, who had recently become one of the leading figures of the German war effort, gave a grim assessment of Germany’s chances of victory in late 1916.

At that time, Ludendorff wrote that Germany “had to bear in mind that the enemy’s great superiority in men and material would be even more painfully felt in 1917 than in 1916. If the war lasted, our defeat seemed inevitable. Economically we were in a highly unfavourable position for a war of exhaustion.” 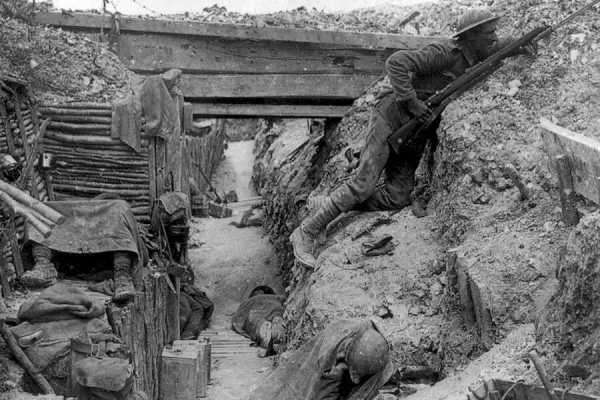 Wikimedia CommonsA British Soldier in a trench during the Battle of the Somne.

Knowing that they needed a new strategy to avoid losing the war, Ludendorff came up with Operation Alberich.

It was a bold, strategic retreat that would allow their troops to regroup and establish a shorter, more fortified frontline called the Hindenberg Line, while the Allied forces would assume that their enemy was on the run. This way, British troops would unknowingly fall into a trap, vulnerable to the fortified position created by Alberich.

The withdrawal officially began on February 9 and was completed by March 20, shortening the German line by 25 miles and allowing them to hold their line with 14 fewer divisions.

But the retreat was only part of Operation Alberich. In order to ensure that the British troops would not have access to the resources left behind, the Germans employed a “scorched earth” policy. This meant destroying anything that may turn out to be useful for the Allied forces, including towns, roads, and bridges.

Additionally, the Germans left rigged explosives and other dangerous boobie traps in order to make it as miserable as possible for the British to try and occupy any area previously held by the German forces. 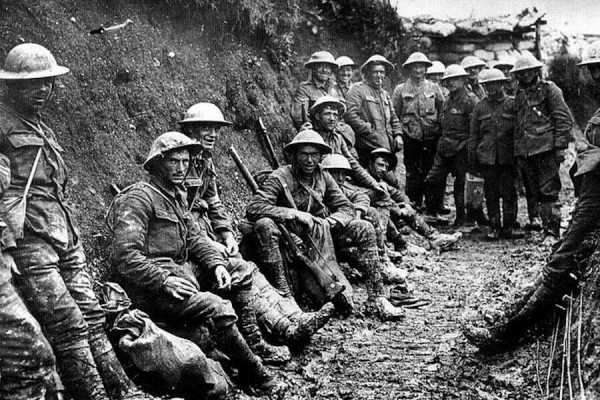 Wikimedia CommonsBritish soldiers take a break from the fighting during the Battle of the Somne to pose for a photograph.

Alberich was executed successfully, with the Germans managing to re-establish their defensive line, while the British believed that their enemy was in a full retreat. This way, the British would assume they were attacking a depleted German line, only to find that the line had been solidified and was completely ready for an attack launched against them.

This is the context upon which 1917 begins, as the two soldiers are sent on a mission to warn the British troops before they encounter the newly-established Hindenberg Line.

Since the British initially believed that the Germans were retreating out of desperation, they assumed launching attacks against them would provide a further blow to the German war effort and potentially bring the war to a swift and decisive end.

Instead, they found that the Germans had established a new 80-mile line of defense that was far stronger than their previous defensive system.

Along with being a shorter line, the Hindenberg Line gave the German forces key strategic advantages, including often having the high ground, making it significantly harder for the British troops to gain any ground when they attacked. This significantly delayed the British plans for the spring, as their offensive strategy was slowed down. 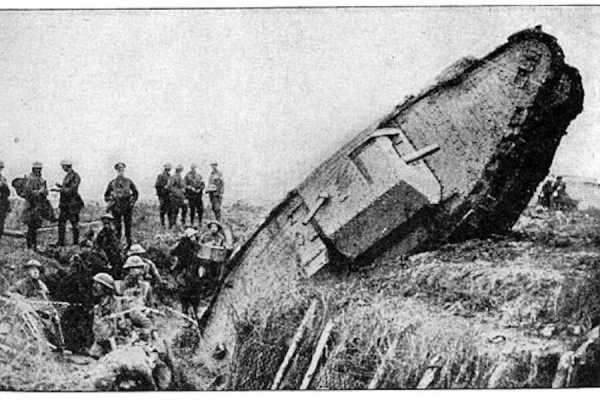 Wikimedia CommonsWorld War I saw the introduction of tank warfare for the first time.

In 1917, Lance Corporal William Schofield is able to make it to Colonel MacKenzie just in time to halt the British attack as it was partially underway. In reality, the Allies were taken mostly by surprise and the newly established Hindenberg Line and it completely stalled their momentum. As a result, bitter trench warfare resumed and any hope of the war reaching a swift and decisive end disappeared.

Ultimately, Operation Alberich proved to just be holding off the inevitable, as the Allied forces were able to break through the Hindenberg Line on September 29, 1918, thanks to a massive bombardment that lasted over 50 hours, the utilization of tank battalions, and an influx of American soldiers.

By this time, the Hindenberg Line had become the last line of defense for the Germans, so its destruction devastated German morale and the entire German front collapsed. On November 11, 1918, World War I effectively came to an end with an armistice.

While it might not be fair to criticize a nation at war for doing all it can to win, if it was not for the success of Operation Alberich, perhaps the war would have ended much sooner and many thousands of men would not have died unnecessarily.

Now that you’ve read about the real-life retreat that inspired 1917, read about the overlooked African American heroes of World War I. Next, check out 32 colorized photos that highlight the horrors of the war to end all wars.