There are many secret passages and unexplored corridors in the pyramids. Why do people still not fully know what is in them ?

What is the value of pyramids ?

First of all, the pyramids are of great historical importance. They are needed as a clear historical example. The pyramids contain a large number of inscriptions of ancient people. Many people have a desire to get inside the secret corridors. However, this is considered unacceptable.

Scientists are following the process of archiology very closely. This is done in order not to harm such a historical value. They are testing more and more new research methods, so that it does not cause harm. Internally, the contents of the pyramids are not known to anyone.

The Pyramid of Cheops

The Pyramid of Cheops was built about 3 thousand years ago. It is the largest pyramid. However, access for people is not open to all rooms. Only a small part is accessible to prying eyes. The rest of the pyramid’s contents are kept secret.

Recently, scientists have conducted a lot of research regarding the temperature of stone blocks. During the study, it turned out that the temperature rises with the sunrise. This means that there are rooms and additional corridors inside. In which there is space. They were not allowed to finish the experiment and come to some conclusions. Scientists were banned.

However, there was information that the Egyptian authorities want to open part of the secret rooms. Such actions will be carried out for the most part because of the attraction of tourists.

What will happen next ?

Scanners and lasers will remain the main research method for many years to come. To do as little harm as possible. And once again, do not touch with your hands. Robots are also good at learning new things.

This method certainly helped to advance in the study of pyramids, but not by much. When scientists make significant progress. The world will know for sure if there are other rooms that still remain unexplored.

The most important feature of all historical monuments is that they have survived many generations of people. And they carry the memory of the past that will never return. 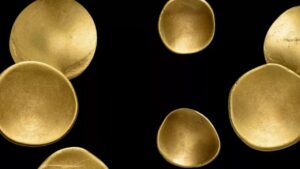