AN ASTEROID of cataclysmic proportions will strike the Earth in 2069, according to a Nostradamus prophecy expert who fears the deep impact is preordained.

The asteroid will hit Earth in our lifetimes, triggering widespread tsunamis and a firestorm of destruction on a global scale. The asteroid impact was supposedly foretold by the 16th century mystic and French prophet Michele de Nostradame. Michele de Nostredame, or Nostradamus, has been at the heart of conspiracy theories and wild predictions about the future for centuries. Nostradamus’ followers believe the writer correctly predicted, among other things, the 1666 Great Fire of London and the rise of Adolf Hitler to power in 1933.

During his life, Nostradamus wrote cryptic four-lined poems or quatrains, which have inspired generations of conspiracy theorists.

Mario Reading, author of Nostradamus: The Complete Prophecies for the Future, believes the quatrains hold clues about a future asteroid impact.

In particular, the author cites Nostradamus’ Quatrain 1, 69 as evidence of an impending cataclysm.

The passage, which was originally penned in French, speaks of a great mountain, flooding, war and hunger. 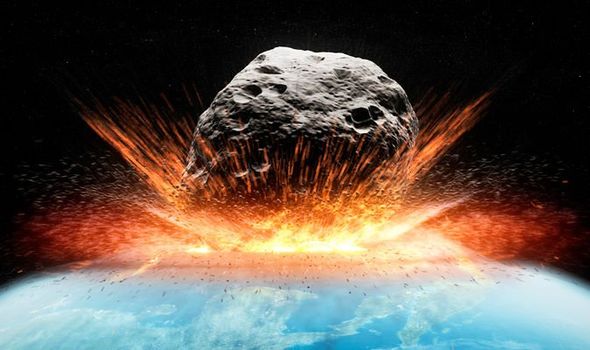 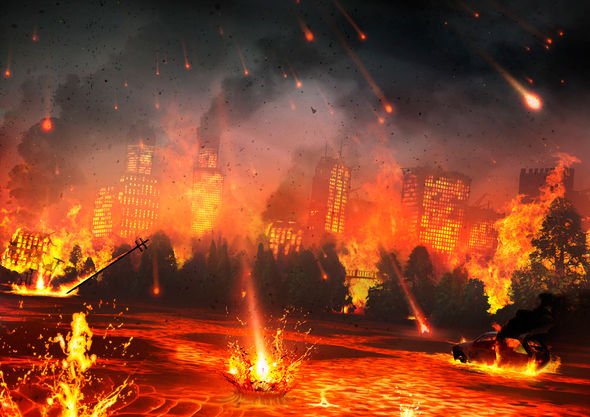 The quatrain reads: “The great mountain, seven stades around

“Even antiquities, and mighty foundations.”

According to Mr Reading’s analysis of the enigmatic poem, the mountain in question is a giant asteroid crashing into Earth.

He wrote: “A state was a unit of measurement equivalent to about 180 meters, so a ‘mountain seven stades around’ would measure 1,260 meters in circumference, or 1380 yards.

“One presumes that Nostradamus is talking about an asteroid strike here, for we know that an asteroid of more than one kilometre in circumference, travelling at circa 30 kilometres per second, would have a humungous impact on all terrestrial life, equivalent to maybe 5,000 times the most powerful atomic warhead we possess.”

Interestingly enough, astronomers have just discovered an interstellar comet passing through our solar system at speeds of around 30km per second or more than 67,000mph.

The impact would blot out the skies with ash, dust and smoke for two years.

As a result of the unnatural darkness, global food chains and the breeding cycle would be disrupted.

Mr Reading wrote: “We can predict one such asteroid strike roughly once every 100,000 years, and Nostradamus would seem to be indicating the year 2069 as a possible strike date.”

Thankfully, scientists do not know of any asteroid or comet that currently poses a threat to the safety of the planet.

The European Space Agency (ESA) said: “Today, no known object merit any worry, but many remain undiscovered, so we need to keep searching.” 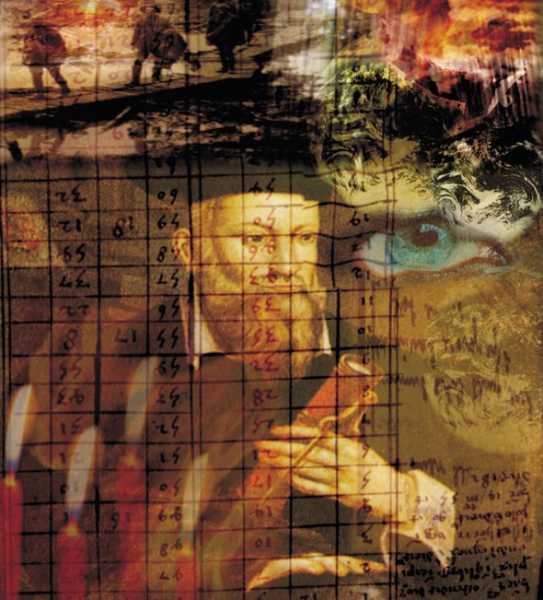 And Nostradamus sceptics debunk all claims the French writer had a true gift of foresight.

Brian Dunning, the author of the Skeptoid podcast, attributes all of Nostradamus’ prophecies to the fantasies of those who read them.