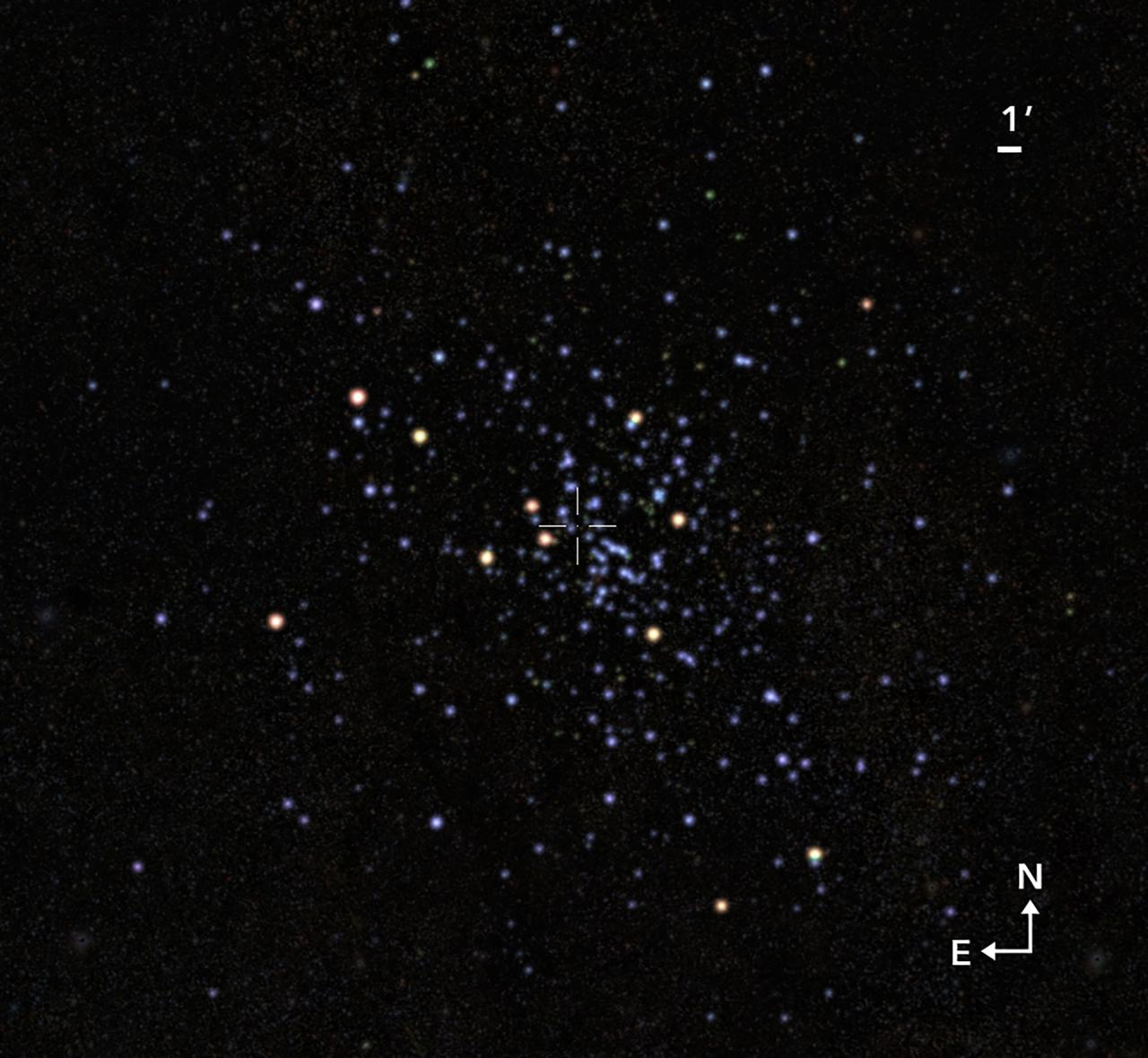 An international team of astrophysicists has announced the discovery of a previously unknown diffuse star cluster in the Milky Way. It was discovered during the analysis of data from the catalog observatory Gaia, as well as the results of ground-based observations.

The cluster, designated Valparaíso 1, is located 7,000 light-years from the Sun. It consists of at least 1,500 luminaries. The discovery has attracted the attention of the scientific community because of its age. The fact that before astronomers have found in our Galaxy only two types of dispersed clusters: recently formed (up to 25 million years old), as well as very old clusters – their population consists of stars formed billions of years ago.

As for Valparaíso 1, its stellar population is of “average” age. Thus, it is the “missing link” that astronomers have been looking for so long. Its study will allow them to better understand the evolution of such structures.

Another interesting aspect of the finding is that some of Valparaíso 1’s stars are bright enough to be seen even with an amateur telescope. In addition, it is located in a fairly well-studied region of the sky. But its detection was hampered by its proximity to other luminaries, which are not part of the cluster. All this means that there may be many more similar objects lurking in the Milky Way, waiting to be discovered.