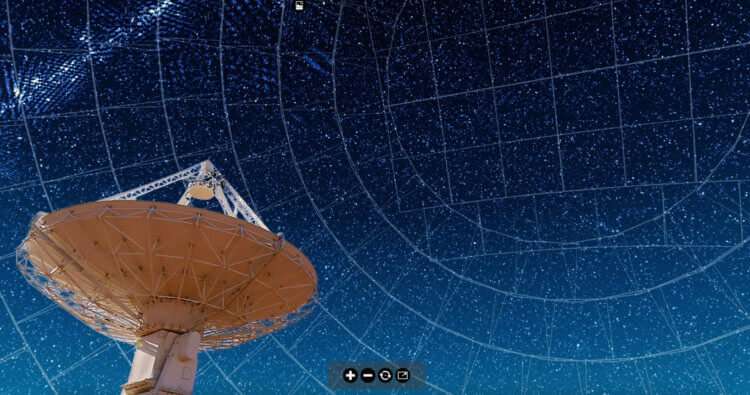 The loss of the Arecibo Observatory in Puerto Rico will certainly negatively affect astronomical research. But science does not stand still and new telescopes are constantly being erected in different parts of the planet, each more powerful than the previous one. So, in 2012, in the outback of Australia, they built a unique telescope with a field of view so extensive that it allows it to take panoramic images of the sky with clearer details than all other telescopes on Earth. The new radio telescope was called the Australian Square Kilometre Array Pathfinder (ASKAP) and was able to map the Universe (yes, there are) about three million galaxies in just 300 hours! To realize how much ASKAP surpasses all other modern telescopes, I think the following information will be enough: comparable studies of the sky usually take as long as 10 years. Agree, the difference between 300 hours and a whole decade of work fundamentally changes the rules of the game in this field of science.
Millions of galaxies
Recent decades have shown that the observable universe alone has ten times more galaxies than previously thought. Note that galaxy detection and mapping is a continuous process that helps astronomers better understand our universe.

The ASKAP telescope, located in Western Australia, accomplished a real feat, discovering three million galaxies in just 300 hours or 12.5 days. The powerful radio telescope was designed and built by the State Association of Scientific and Applied Research of Australia (CSIRO) in order to create an interactive astronomical map of the Universe. With its help, astronomers will be able to detect and track the movement of tens of millions of galaxies.
“With ASKAP, astronomers around the world can find solutions to their problems. The telescope mapped the sky with unprecedented speed and detail, which allows you to do work in weeks, not years. Innovative receivers developed by CSIRO are equipped with phased array technology that allows the radio telescope to generate more raw data at a faster rate than all Australian Internet traffic, “CSIRO executive director Dr. Larry Marshall quoted the Guardian as saying.
Thanks to this study, called Rapid ASKAP Continuum Survey or RACS, the obtained images turned out to be five times more sensitive and twice more detailed than the previous ones. It is noteworthy that this is not the first time that astronomers conduct such studies to map the universe, but all previous work took more than ten years. It is for this reason that the current feat is regarded as a major breakthrough.

Where is Cleopatra’s tomb?