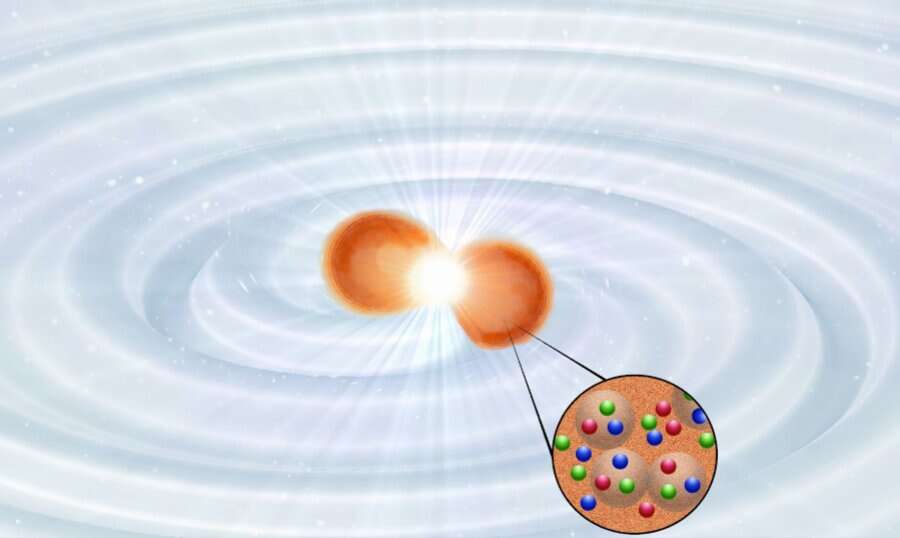 The combination of astrophysical measurements allowed astronomers to impose new restrictions on the radius of a typical neutron star and conduct a new calculation of the Hubble constant, which indicates the expansion rate of the Universe.

“We studied signals coming from different sources, for example, from recently observed mergers between neutron stars,” said Ingo Tews (Ingo Tews), a theoretical physicist at Los Alamos National Laboratory, USA, who worked with an international team of colleagues on this new study. – We jointly analyzed gravitational wave signals and electromagnetic radiation from these collisions and combined them with previous results of pulsar mass measurements conducted using the NASA Neutron Star Interior Computer space experiment We found that the radius of a typical neutron star is about 11.75 kilometers, and the Hubble constant is about 66.2 kilometers per second per megaparsec. “

Combining signals obtained using various instrumental methods to get a more complete idea of ​ ​ distant sources is known as multichannel astronomy. In this case, multichannel observations allowed astronomers to impose restrictions on the radius of a neutron star with an accuracy of 800 meters.

This new approach to the measurement of the Hubble constant contributes to the unqualified scientific discussions related to the contradictions found in the measurement of this value. Measurements based on exploding stars called supernovae are not currently consistent with measurements based on observations of the relict radiation of the universe, which is the background aftermath of our world since the Big Bang. The uncertainty in these new Hubble constant measurements made using multichannel astronomy is too large to unambiguously resolve the contradiction described above, but the new measurements slightly tilt the balance cup towards an approach based on relict radiation measurements, the authors explained.

Hepatitis – diseases from which the liver falls off.

Conjoined twins successfully separated by team of 100 medics working for...

How Big Can Lightning Get?