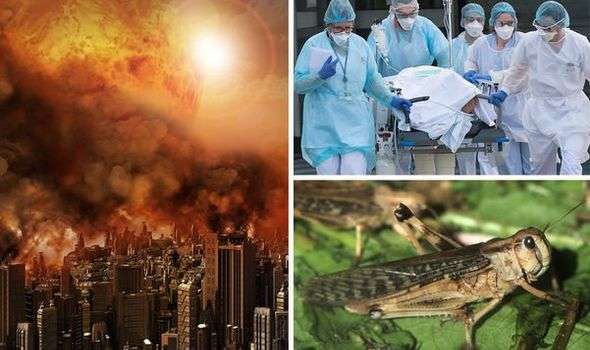 BIBLE scholar Michael Snyder claimed 10 plagues are simultaneously hitting the planet right now and he suggests the most recent – coronavirus and a deadly locust swarm in Africa – could be a sign of the End Times.

The 10 plagues of Egypt is found in the second book of the Bible and describes 10 disasters inflicted by the God of Israel in order to force the Pharaoh to allow the Israelites to depart from slavery to the Promised Land. They serve as the “signs and marvels” given by God to answer the taunts and show “the Egyptians shall know that I am the Lord”. The 10 plagues include turning water to blood, a plague of frogs in the Nile, a plague of lice, wild animals of flies that harm people, the pestilence of livestock, a plague of boils, thunderstorms of hail and fire, a plague of locusts, darkness for three days and death of firstborns.

According to biblical interpretations, the story is physical, spiritual and prophetic to what will happen again at the End Times, before the Second Coming of Jesus Christ – Egypt is said to be symbolic of the world, the Pharaoh a type of Satan and the Promised Land a metaphor for the Kingdom of God.

Writing for Technical Politics in February, he stated: “Giant swarms of locusts are absolutely devastating entire regions, extremely unusual storms are confounding meteorologists, earthquake and volcanic activity are both on the rise, and five very dangerous diseases are sweeping across the globe.

“So far in 2020, it has just been one thing after another, and many are speculating about what could be ahead if events continue to escalate.” 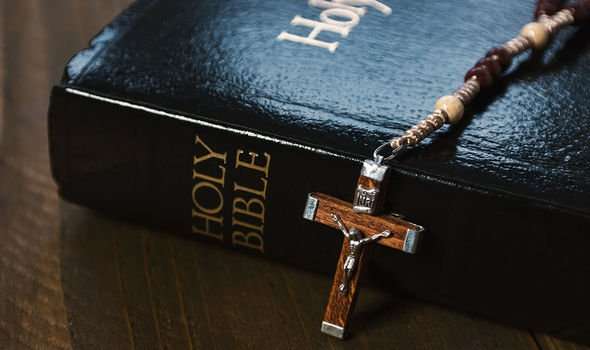 He wrote: “It is almost as if virtually all of the old rules have suddenly been thrown out the window.

“An all-time record 209 mph wind gust hit California, and absolutely crazy storms are happening all over the planet.

“We are seeing unusual flooding all over the world right now, and the flooding that is devastating the southern US.”

Then, he points to earthquake activity and volcanic eruptions for the third and fourth.

He added: “Really big earthquakes are happening with such frequency now that it is very difficult for me to write about them all. 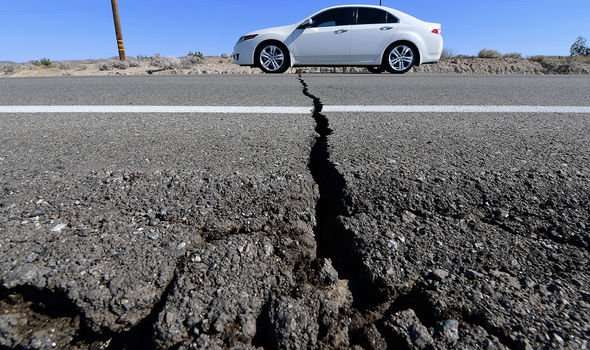 “For example, a magnitude 7.7 quake recently struck off of the coast of Jamaica, but I have been so busy writing about other disasters that I had not even noticed it until now.

“Seismic activity has been rising all over the globe, and over the past couple of months, we have seen volcanoes all over the world pop off like firecrackers.

“One of the most notable eruptions that we have seen in recent days was the most powerful eruption of Mount Merapi in 90 years.”

He added: “The African Swine Fever has already wiped out millions upon millions of pigs in China, and it has now spread to more than 40 other countries.

“The price of pork is absolutely skyrocketing in China right now, and to help fill the demand the Chinese are increasingly importing pork from US sources. 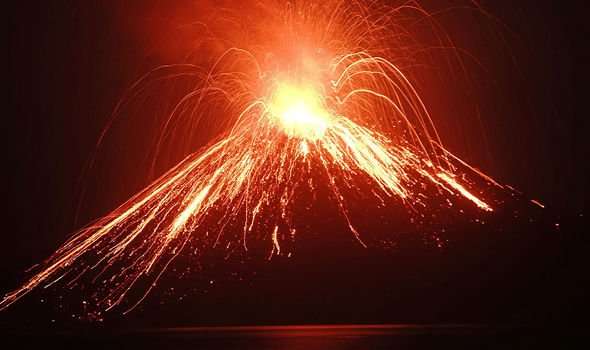 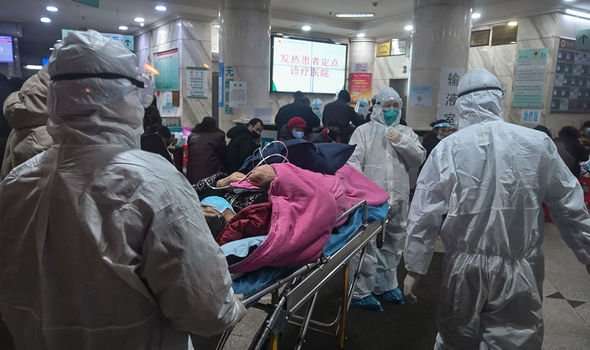 “Unlike the African Swine Fever, the H1N1 Swine Flu can actually kill humans.

“In fact, it has already killed more people outside of China than the coronavirus outbreak has.

“For instance, 13 people in Taiwan died from the virus in one recent week alone.”

Mr Snyder also pointed to the H5N1 and H5N1 Bird Flus as well.

He continued: ”The H5N1 strain of the bird flu caused a massive global scare a number of years ago, and now it is experiencing a stunning resurgence.

“China has had to kill thousands of chickens so far, and experts are warning that this outbreak could be just getting started. 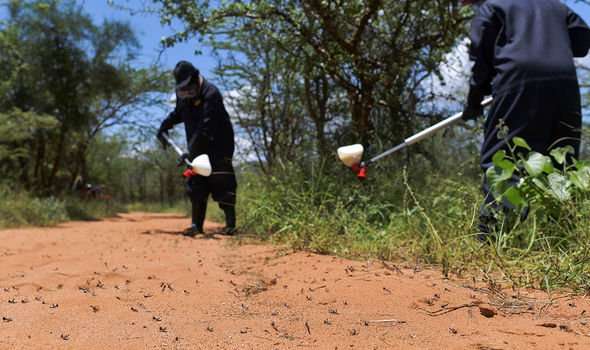 “The H5N8 is different from the H5N1 bird flu, but many believe that it is even more frightening.

“It has started to pop up in numerous places around the globe, and experts were really surprised when it recently made an appearance in Germany.”

For his final two plagues, Mr Snyder pointed to two very recent events that have caused large-scale devastation – the Locust plague and COVID-19.

He added: “Swarms of locusts the size of major cities have been devouring entire farms in Africa in as little as 30 seconds.

“These swarms have also been spreading throughout the Middle East, and we have learned that they have even reached China.

“And Needless to say, the coronavirus outbreak in China has been getting more headlines than anything else on this list.

“The numbers continue to rise, and many are speculating that this could potentially become the worst global pandemic since the Spanish Flu pandemic of 1918.”

Mr Snyder finalised his piece by warning more is yet to come, suggesting end times could be around the corner.

He said: “Can any of you remember a time when we have been hit by crisis after crisis like this all at once?

“2020 has certainly started off with quite a bang, and many expect global events to continue to accelerate.

“So hold on to your hats, because things are likely to get even crazier in the months ahead.”