A LOCUST plague, which has now reached coronavirus-struck China may be the “fifth trumpet” prophesied in the Book of Revelation, according to wild claims.

In the final book of the New Testament, seven trumpets are sounded, one at a time, to cue apocalyptic events seen by John of Patmos in his vision. According to Revelation 8:1-2 the angels sound these trumpets after the breaking of the Seventh Seal, which secured the scroll of the apocalypse, marking the Second Coming of Christ. The fifth of these seven trumpets is said to see a swarm of locust sent to torment anyone who does not have the approval of God.

Now, horrifying video footage shows the moment a large swarm of locusts filled the skies in Xinjiang, China, part of a plague that has already ravaged millions of acres of crops across Kenya, Somalia and Ethiopia.

Paranormal investigator Ciaran Aughey, questioned on his YouTube channel: “Is this the biblical end of times?

“During a press conference in Nairobi, attendees had to reassure the public that this was not the case, but what are the signs we are seeing?

“Seven angels will sound the trumpets of God, which heralds the coming of Christ, or the end of days. 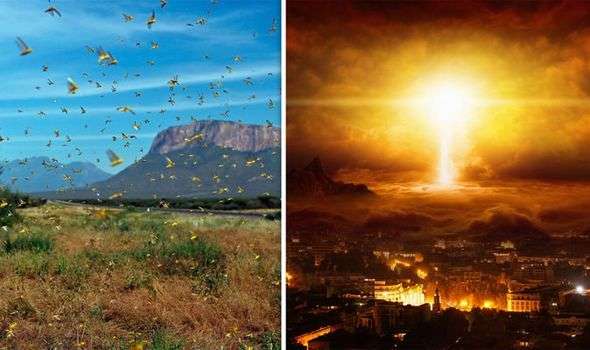 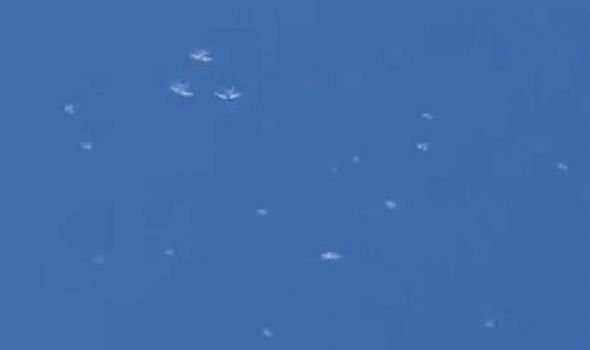 Seven angels will sound the trumpets of the God, which heralds the coming of Christ

“On the sounding of the first trumpet, hail and fire mingled with blood is thrown to the Earth, burning up a third of all the trees.

“Number two, the second trumpet, a great mountain burning with fire plunges into the sea.”

Mr Aughey went on to discuss the other signs.

He added: “The third trumpet, the great star, called wormwood falls to Earth, poisoning a third of the planet’s freshwater.

“The fourth trumpet sees a third of the light from the Sun, Moon and stars become dark. 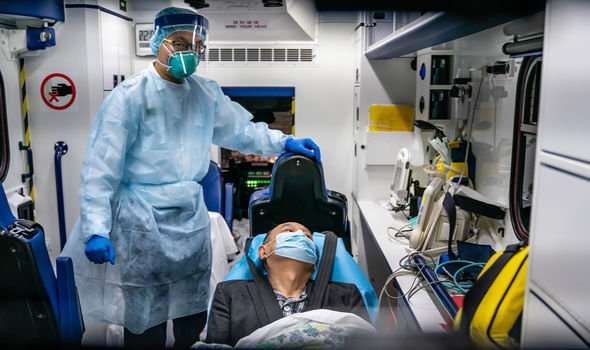 “The fifth trumpet prompts a personified star to fall from heaven, giving a key to a bottomless pit.

“Then the smoke will rise and block the Sun, unleashing a swarm of locusts.

He continued: “The final trumpet sees loud voices from heaven will say ‘the kingdom of our Lord will reign forever’. 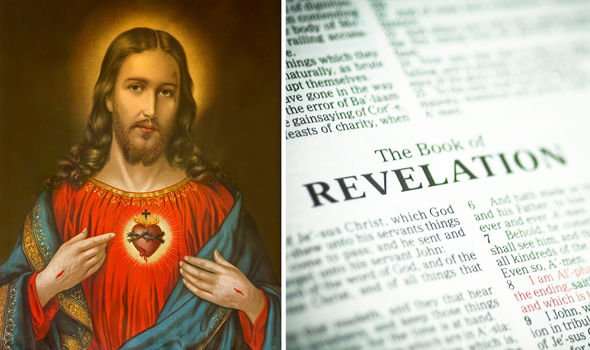 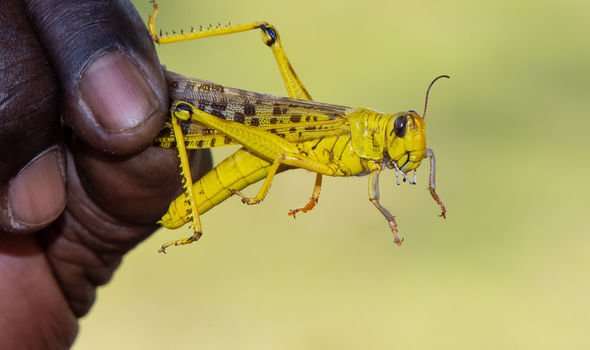 “We all know January was a hellish start, World War 3 feats and the fires in Australia, the recent coronavirus and now the locust.

“Could this be a warning from the heavens?”

According to publication End Times Ministries, the first four trumpets have been metaphorically sounded in history.

The first two are supposed to have been during World War 1 and World War 2, when large amounts of artillery shells and chemical agents were released on troops for the first time in history through modern warfare, killing over eight million people.

During World War 2, approximately one-third of the ships that participated in the conflict were sunk. In turn, the nuclear bomb deployed at Hiroshima resembled “something like a great mountain burning with fire,” a sight that was new on the world stage.

The third trumpet is said to have been sounded during the nuclear disaster at Chernobyl, according to Russian writer Irvin Baxter.

In a dictionary, he showed the Ukrainian word for wormwood, a bitter wild herb used as a tonic in rural Russia is Chernobyl.

According to the report, the fall of the Berlin Wall in 1989, prompted the start of a “new world order,” marking the sounding of the fourth trumpet.

More worryingly still, the second to last trumpet is said to sound before a great war is started near the Euphrates River.

This stretch of water travels through Syria, Iraq, Turkey and Iran, which comprise the Middle East.

Currently, tensions between the US and Iran are at an all-time high, after Donald Trump ordered the assassination of General Qassem Soleimani on January 3.