A UFO has been spotted lurking in the shadows of a lunar crater, an alien life conspiracy theorist has outlandishly claimed.

Self-proclaimed UFO expert Scot Waring has claimed to have produced conclusive evidence of alien technology on the Moon. UFO hunter Waring took to his etdatabase.com blog to speculate on the questionable find, discovered in the Moon’s southern lunar highlands. He wrote: “I found this interesting structure hidden in the shadows of Tycho crater.

“This is huge and it is sitting on a hill slanted to once side.”

The object sits in the shadows to hide it, or to keep the suns rays limited

And he even goes on to claim there is another structure to its left that is an “elaborate” alien Moon base.

He proceeds to speculate the reason why the supposed alien technology would stick to the shadows. 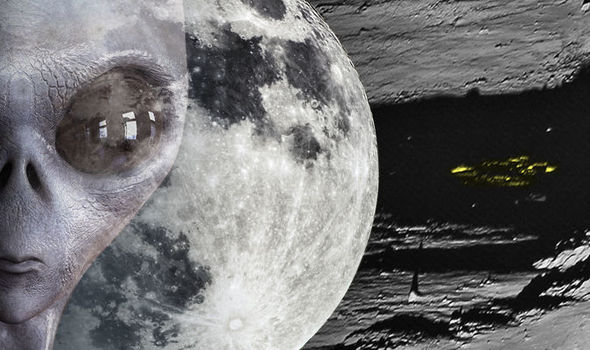 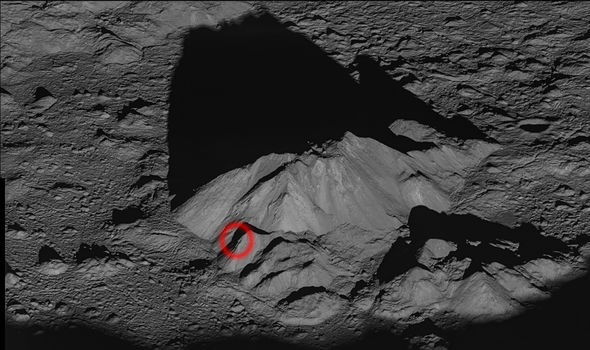 He wrote: “The object sits in the shadows to hide it, or to keep the suns rays limited.

“Many aliens like the greys have a second eyelid that is like sunglasses to protect their eyes from the light.

“If this species of alien has sensitive eyes, also, the glaring sunlight might bother any species since the Moon is much closer than earth at times to the Sun.”

The lunar anomaly is then colourised to get a better look at the lunar depths.

He added: “It looks like the UFO on the right-hand-side has just landed in the shadows.”

And Waring dismisses any idea that the lunar anomaly is simply a natural rock formation.

“It looks like the shadows are bring out its natural form to me.”

“The alien spaceship is tilted at an usual angle, but I imagine the UFO and structure have artificial gravity onboard.”

The disputed discovery was found a prominent Tycho impact crater in the Moon’s southern lunar highlands. 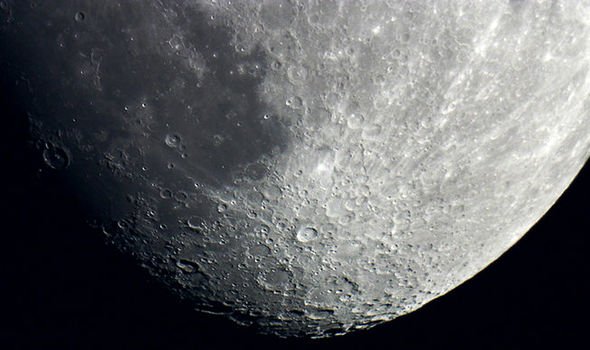 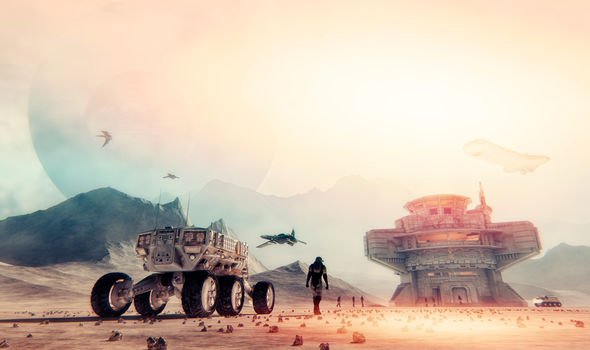 Named after the Danish astronomer Tycho Brahe, the crater is estimated to be 108 million years old.

The video quickly garnered scores of comments when Waring’s video was uploaded to YouTube.

Commentator Liz M wrote: “There’s some more truth hitting “NASA” in the face and everyone else who wants to deny it.

However Muttaxe 4444 is a little more sceptical about Waring’s “UFO” find, writing: “It looks 100 percent just like everything else in the immediate location.”