A UFO has been photographed hurtling past the Sun by a NASA satellite, an alien life conspiracist has bizarrely claimed.

Controversial alien advocate Scott C. Waring took to his etdatabase.com blog to speculate about the alleged evidence of an alien UFO. He said: “This is a unique UFO as this image has not cropped out the UFO. “Actually the alien object really is shaped this way.

“But I have never seen a UFO this close to the NASA SOHO satellite and in such great detail.

“The alien spacecraft are usually further away or travelling in threes.

“This all makes this UFO really rare and an exciting find.

“But is it an UFO alien craft or is it or a living alien organism – I don’t know.

“All I do know is how huge it is measuring at least hundreds of metres across, if not larger.” 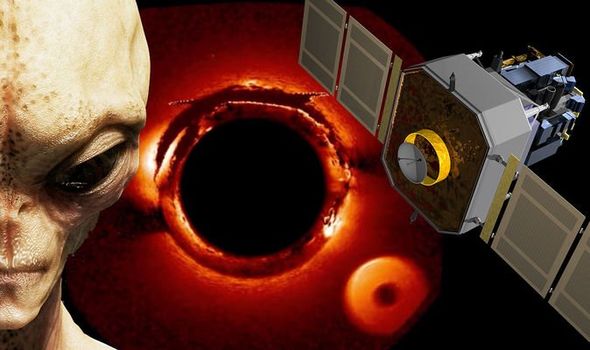 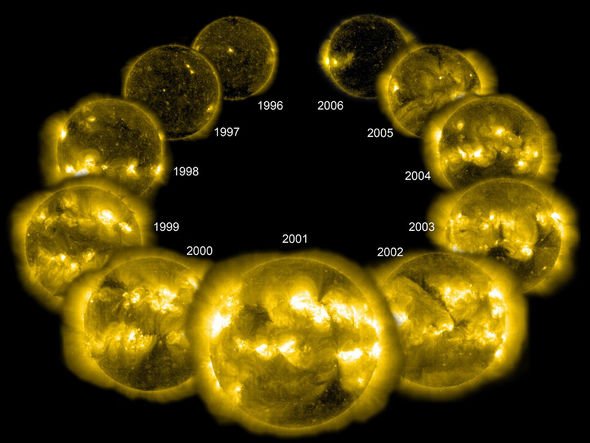 Waring proceeds to zoom into the solar anomaly and transform into a negative format to get a closer look.

And he highlights the anomaly’s “strange” texture could be evidence of it could actually be alive.

He said: “It is not perfectly smooth and you cavan see bumps along it.

“That gives me some thoughts of it being a living alien organism.

“A lot of microscopic creatures zoom around on water, here on Earth.

“And this craft looks a lot like those creatures, as it does not appear to possess much to propel itself.

“So who knows who knows how this alien anomaly propels itself, if this really is a living organism?”

The dubious find quickly attracted scores of comments on YouTube.

YouTube viewer Kronos wrote: “Great capture Scott tether incident comes to mind, that thing is a quarter the size of the Sun sphere beings what Corey Goode keeps on about must be giants in that thing – wow!” 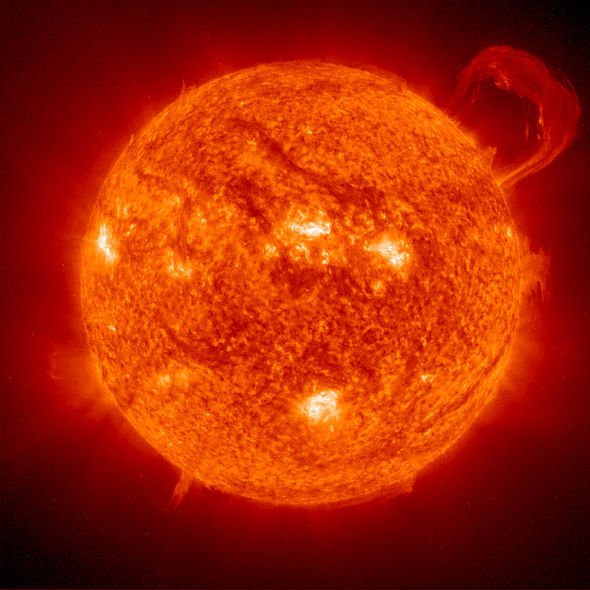 However, Baran Bryan Güneş offers a more rational explanation, writing: “Could it be lens problem?”

A NASA statement said: “Occasionally one will see bright blobs or streaks appearing in the STEREO coronagraph images.

“These have been seen before by the SOHO mission, and are caused by micrometeorite impacts knocking off small pieces of the multi-layer insulation blankets which are wrapped around the spacecraft. 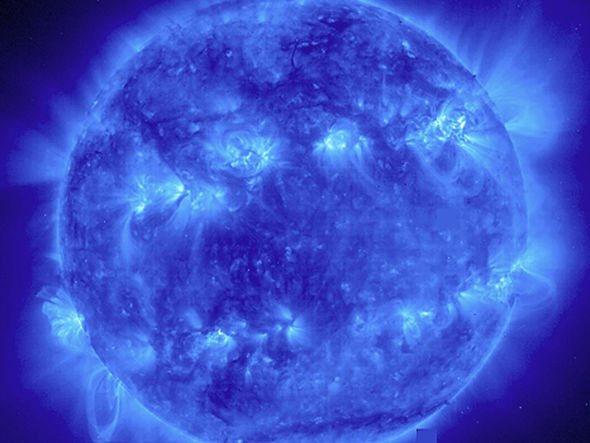 “These small debris particles are brightly illuminated by the Sun, and are easily seen by the coronagraphs if they wander into the field of view.

“They are tremendously out-of-focus, and often appear as “donut” shapes in the COR1 and COR2 telescopes because of the central occulter in these telescopes.

“The bigger the piece of debris appears, the closer it is to the telescope.

“Because the COR1 and COR2 images are generally built up from a series of images, the same piece of debris will often show up multiple times.”