Home Science and Technology COVID-19 is killing 20 times more people per week than flu does,... 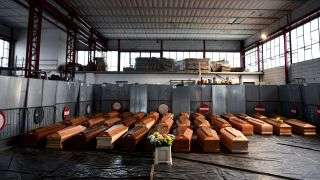 An image showing 35 coffins stored in a warehouse in Ponte San Pietro, near Bergamo, Lombardy, Italy, on March 26, 2020, prior to be transported to another region to be cremated during the COVID-19 pandemic.

If there was any doubt that the new coronavirus isn’t just “a bad flu,” a new paper lays that myth to rest. The study authors found that in the U.S. there were 20 times more deaths per week from COVID-19 than from the flu in the deadliest week of an average influenza season.

“Although officials may say that SARS-CoV-2 [the virus that causes COVID-19] is ‘just another flu,’ this is not true,” the authors, from Harvard Medical School and Emory University

School of Medicine, wrote in their paper, published today (May 14) in the journal JAMA Internal Medicine.

Ever since the new coronavirus was discovered in early January, people have compared it with the flu, pointing out that influenza causes tens of thousands of deaths every year in the U.S. alone. Indeed, during the current flu season, the Centers for Disease Control and Prevention (CDC) estimates that there were up to 62,000 flu deaths in the U.S. from October 2019 through April 2020.

But this doesn’t match what health care providers are seeing on the frontlines of the pandemic, particularly in hot zones (such as New York City), “where ventilators have been in short supply and many hospitals have been stretched beyond their limits,” the authors said.

This comparison is flawed because the CDC estimates of flu deaths are just that — estimates rather than raw numbers. The CDC does not know the exact number of people who become sick with or die from the flu each year in the U.S. Rather, this number is estimated based on data collected on flu hospitalizations through surveillance in 13 states.On the other hand, reported COVID-19 deaths are actual counts of people who died from COVID-19, not estimates. In other words, comparing estimates of flu deaths with raw counts of COVID-19 deaths is like comparing “apples to oranges,” the authors said.

So for the new study, the researchers looked at actual counts of flu deaths per week, and compared those with counts of COVID-19 deaths.

Based on data from death certificates, during the deadliest week of flu season over the last several years, the counted number of U.S. deaths due to flu ranged from 351 during the 2015 to 2016 flu season to 1,626 during the 2017 to 2018 flu season, the authors said. The average number of flu deaths during the week of peak flu mortality in recent seasons (from 2013 to 2020) was 752 deaths.

In contrast, for COVID-19, there were 15,455 deaths reported in the U.S. during the week ending April 21 (the highest weekly death toll during the pandemic so far)  the authors said

The authors note that their analysis has some limitations, including that the number of COVID-19 deaths may be undercounted because of limitations with testing for SARS-CoV-2 and false-negative test results. In addition, the authors point out that adult flu deaths are not required to be reported to public health authorities in the way that COVID-19 deaths are, potentially undercounting flu deaths as well.

Still, “our analysis suggests that comparisons between SARS-CoV-2 mortality and seasonal influenza mortality must be made using an apples-to-apples comparison, not an apples-to-oranges comparison,” the authors concluded. “Doing so better demonstrates the true threat to public health from COVID-19.” 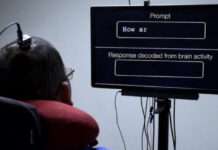 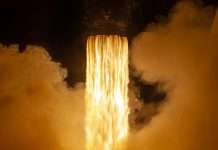 How a research ship drifting near the North Pole avoided a...