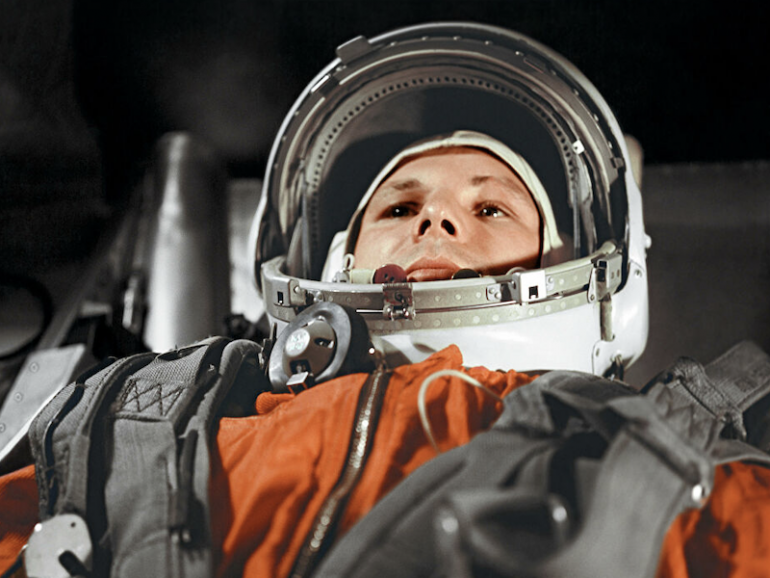 After April 12, 1961, people all over the world had the opportunity to dream about flying into space. Yuri Gagarin’s flight was a milestone in the history of mankind. It is now we can safely imagine the ISS and the astronauts working on it. But exactly 60 years ago, a cosmonaut’s flight was the greatest risk, an unthinkable event with an unknown outcome. But people believed. With courage, bravery, and thanks to the work of many dedicated people, Yuri Gagarin landed at 10:55 near the village of Smelovka.

At 9:00 on April 12, 1961, the launch was announced at the Baikonur Cosmodrome. Sergei Pavlovich Korolev checked communication: “Minute readiness, how do you hear?” Gagarin, with the call sign “Kedr”, replied: “Roger – minute readiness. I took the initial position…”

Tension was building with each passing moment. At 9:03:00 the command “Key to Start” was given. From this moment on, everything was counted down in seconds. One by one the pre-start commands were given. At 9:06:51 the last one was given: “ignition. At 9:07 a.m., Kedr shouts the now famous “Let’s go” over the speakerphone and commits the first human spaceflight. A more detailed chronicle of the flight can be seen here.

Now rockets can be designed and launched even by students, space tourism is already being actively developed, and not only state but also private companies are working in the industry.

This year marks the 60th anniversary of the first human space flight. According to the Roscosmos website, the central site for the anniversary celebration will be the Cosmonautics Museum, which is hosting several exhibitions:

Apple is credited with developing 32-core processors that will allow Mac...