Home Strange news Why are satellites made of metal and not wood?

According to March 2019 data from the nonprofit Union of Concerned Scientists, there are more than 2,000 operational satellites orbiting the Earth. Thanks to them, scientists can carry out scientific activities, and ordinary people can watch TV and use mobile communications. All of these spacecraft are made of aluminum or titanium alloys, but in the 21st century, carbon fiber reinforced plastic, a material made of woven carbon fiber strands, has become very popular. Engineers use metals and carbon fiber because of their strength and relative cheapness, but they have a disadvantage. When satellites fail, they burn up in our planet’s atmosphere, releasing many relatively harmful substances. To make satellites safer, Japanese scientists decided to build satellites out of wood. But is this really possible and how safe is it?

What are satellites made of?

Currently, the best materials for making satellites are considered to be aluminum, titanium, and carbon fiber reinforced plastic.

Satellites made of aluminum

The world’s very first satellite was launched into space on October 4, 1957. The Soviet Sputnik-1, 58 centimeters in diameter and weighing 83.6 kilograms, was made of an aluminum-magnesium alloy. Using this material was a matter of course, because the space environment is very harsh and vehicles need to be as protected as possible. And this metal alloy was very common, so it is unlikely that engineers thought long and hard about the choice of material – it was obvious. The Soviet satellite was in orbit for 3 months and managed to make 1440 orbits around our planet, and the material performed at its best. It withstood both vacuum and cosmic radiation.

Satellites made of titanium

Over time, there were more satellites, so Earth’s orbit became an even more dangerous place. Orbiters malfunctioned and disintegrated into pieces, becoming space debris. According to 2019 data, there are about 1.25 billion fragments of failed spacecraft circling our planet and traveling at speeds of up to 30,000 kilometers per hour. If they collide, they can cause irreparable damage to working satellites, so engineers had to make them from a more durable material – titanium. But even this is not ideal, because it is expensive and weighs a lot. And the greater the mass of a satellite, the more expensive it is to orbit the Earth.

A satellite made of wood

But scientists are still looking for better materials. Over time, satellites deteriorate in the Earth’s atmosphere and if they are made of metal, solid aluminum oxide particles form. They can hang in the air for decades, so scientists admit their potential danger to Earth’s nature and even human health. A safer alternative is needed, and recently employees at Sumitomo Forestry in Japan found it: wood. This, at least, was reported by Tech Xplore.

Space satellites must necessarily burn in the atmosphere of the planet, because otherwise they will turn into space debris, which in orbit, and so much. According to Japanese researchers, the combustion of wood produces much less harmful substances than the destruction of metal. Yes, the resulting carbon dioxide is harmful too, but satellites are small and the emissions should prove harmless. Wood has another important advantage – it is perfectly permeable to radio waves, so you can greatly simplify the communication system and reduce the cost of satellites.

But there is a question – can wood withstand the harsh conditions of space? I mentioned above that vehicles in Earth orbit are exposed to extreme temperatures, vacuum and cosmic radiation. Scientists intend to assess the strength of wood during tests. And the prototype wooden satellite is planned to be created already in 2023. It sounds interesting, although the potential of wood in the space industry is poorly believed. After all, it is also a rather expensive material, for which there is already a high demand. It is unlikely that something better than carbon plastic will appear in the near future, because there is still no evidence that it is harmful – you can safely use it and not re-invent the wheel. What do you think? 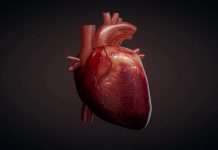 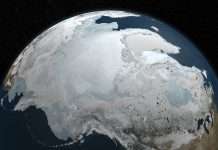 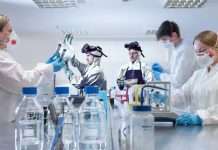 UFO sighting over Canada is PROOF aliens are monitoring Earth –...

Greenland ice melt has passed the point of no return