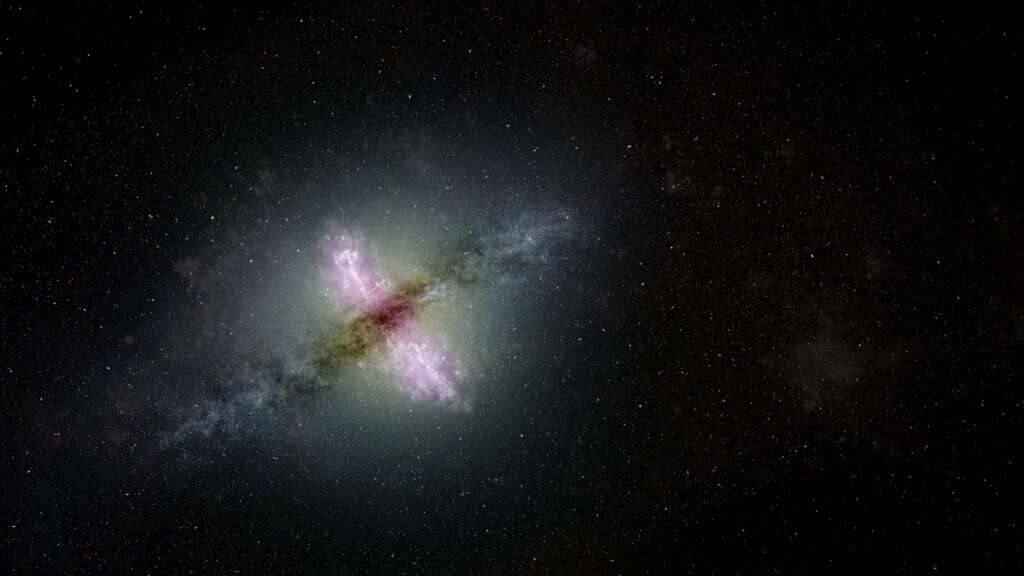 Astronomers, using data obtained from the currently ongoing VLA Sky Survey (VLASS) sky survey, have found several distant galaxies with active nuclei, in which powerful jets radiating in the radio range have been observed from the side of the central supermassive black hole in the last couple of decades. Scientists compared the data obtained using the VLASS sky survey with data from another, previously completed sky survey, for which the Karl G. Jansky Very Large Array (VLA) radio telescope of the US National Science Foundation was also used, and according to the results of the comparison they were able to draw their conclusions.

“We found galaxies that had not previously recorded jets, but currently there are signs indicating the appearance of young, narrow jets,” said principal author Dr. Kristina Nyland of the US Naval Research Laboratory.

“Jets like this can have a big impact on the growth and evolution of parent galaxies, but we still can’t understand all the details of this mechanism. Images of “newborn” jets taken using sky reviews such as VLASS help assess the role of powerful radio jets in shaping the structure of the galaxy over billions of years, “Niland added.

The VLASS sky survey involves scanning 80 percent of the entire sky using the VLA Observatory – three times over seven years. These observations began in 2017, and the first of three scans has now been completed. Niland and her colleagues compared the data of this scan with data obtained from the FIRST sky survey, during which a smaller area of ​ ​ the sky was observed using the observatory between 1993 and 2011.

Astronomers found in the data obtained by the VLASS sky survey about 2,000 objects not observed in the images taken by the FIRST sky survey. Among these objects, they were able to identify 26 galaxies with active nuclei, 14 of which were selected for further detailed observations using the same radio telescope. Observations made it possible to obtain higher-resolution images and establish that new compact jets have appeared in the studied galaxies over the past 20 years since the FIRST sky survey.

Pandemic is no reason to abandon prevention