Home Health 1st case of new SARS-like virus in US 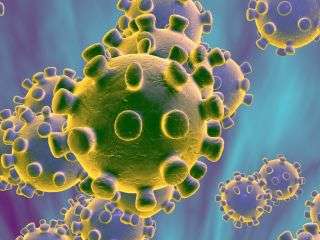 Officials from the Centers for Disease Control and Prevention (CDC) said they had detected the virus  — a new type of coronavirus — in a man in Washington state.

The man, who is a resident of Snohomish County in Washington, had visited Wuhan, the Chinese city where the outbreak originated. He returned to the U.S. on Jan. 15, before the country had implemented screening for the virus at select airports. However, the man, who is in his 30s, was aware of the reports of this virus, and he reached out to his health care providers when he started experiencing symptoms, Dr. Scott Lindquist, an epidemiologist for Washington state’s Department of Health, said in a news conference today.

The man is currently hospitalized at Providence Regional Medical Center in Everett, Washington, where he is in good condition, officials said.

So far, nearly 300 cases of the virus have been confirmed in China, said Dr. Nancy Messonnier, director of the CDC’s National Center for Immunization and Respiratory Diseases. Outside of China, the virus has been detected in travelers to Thailand, Japan, South Korea and Taiwan.

All passengers from Wuhan will now be “funneled” through one of these five airports, said Dr. Martin Cetron, director of the CDC’s Division of Global Migration and Quarantine. This process requires rerouting and reticketing passengers who had been scheduled to arrive at other airports.

While officials initially believed that the virus spread primarily from animals to people, there is growing evidence that the virus can spread from person to person in some cases. Such transmission “raises our level of concern” about the virus, Messonnier said. But officials continue to believe that “the risk to the American public at large remains low” at this time, she said. More work is needed to determine how easily the virus spreads from person to person, which will be a key issue in understanding the risk of the virus, Messonnier said.

An investigation into the Washington case is now underway. Officials will track people who had close contact with the patient to determine if anyone else becomes ill, the CDC said in a statement.

Coronaviruses are a large family of viruses that cause respiratory illnesses, according to the CDC. This family includes the viruses that cause SARS and MERS (Middle East respiratory syndrome), as well as those that cause milder illnesses, like the common cold. Right now, the severity of this new virus, known as 2019-nCoV, is somewhat unclear. Although some patients have experienced severe illness, other patients — like the Washington case — have experienced more mild illness. There is preliminary evidence that older adults may be at risk for a more severe disease from this virus, Messonnier said.

Tomorrow (Jan. 22), the World Health Organization (WHO) will hold an emergency meeting to determine whether the new virus “constitutes a public health emergency” and what recommendations should be made to manage the outbreak, Tedros Adhanom Ghebreyesus, the director-general of the WHO, said on Twitter.