Almost all people have bad habits. However, they are divided into two types: harmless and harmful to health. A person’s life is greatly worsened by computer addiction, gambling addiction, gambling, poor sleep. Junk food is also considered a bad habit because it causes a full-fledged dependence on fast food and not only. An overabundance of sweet food is also not useful. Addiction is getting worse, and when it comes to children, it often results in hyperactivity.

Inconsistent and improper use of medications is considered a bad habit. For example, painkillers are highly addictive.

Alcohol refers to neurodepressants, because of which oxygen does not enter the brain. Brain activity decreases. And in more nasty cases, this becomes the cause of the development of dementia. A bad habit reduces life expectancy by 10-15 years, and taking into account all the accidents that occurred in a state of alcoholic intoxication even more.

At first, such a bad habit may not cause much cause for concern. Many people believe that smoking is not as serious as other addictions. Dependence on tobacco does not appear very quickly and a person does not even notice his attachment to cigarettes. However, this bad habit strongly poisons the body and causes physical and psychological attachment.

The use of electronic cigarettes will not solve or simplify the problem at all. Due to the fact that many modern gadgets for smoking come with some tastes, this causes aesthetic and moral pleasure, for example, as from a delicious candy. Together with the steam, nicotine enters the bloodstream and the consequences are not reversible.

Narcotic substances as a bad habit

Drug addiction is considered a full-fledged disease. The most pernicious and terrible bad habit. The result of a negative impact on human argonism does not depend on the methods of administration of the drug. All of them destroy the mental and immune system as much as possible. They inflict a big blow to the heart, liver, lungs.

Smoking drugs develops chronic bronchitis of the lungs. It will complicate the flow of oxygen.

When the drug is administered through a vein, which is the most advanced stage of the disease, the risk of infection with hepatitis or AIDS increases. The risk of death increases. It is extremely difficult to quit such a habit after trying at least once. There will be a feeling of euphoria and relaxation. Immediately after the completion of the drug, this feeling passes and the person wants to receive it again and again.

Your bad habits affect not only you but also your loved ones. And also for the rest of life. 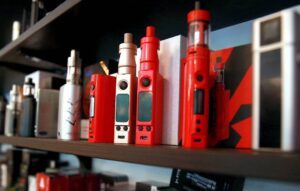