An additional 600 people have died in just one week in the city of Kano in northern Nigeria, sparking fears that the coronavirus pandemic is becoming well-established in Africa

A 75-year-old gravedigger in Nigeria has been digging 40 burial pits every night amid fears of a devastating coronavirus outbreak in Africa.

Musa Abubakar, who has worked at the Abbatuwa cemetery in the northern city of Kano for 60 years, has told the Guardian he has never seen deaths on such a scale.

He used to dig just two or three graves a day, but in recent weeks this number has increased more than tenfold.

A sudden spike in fatalities in the city, where an additional 600 people died in just one week in April, means burial workers have been forced to lay graves on top of one another.

Among those who have died were four of Musa's colleagues.

For the latest on the coronavirus pandemic, read our liveblog here It is feared cases in Nigeria will spiral
(Image: AFP via Getty Images)

Government officials have now attributed the huge jump in deaths to Covid-19 – leading to fears that cases will spiral in Africa's most populous country, and across the continent.

Musa, who has carried on working despite saying he is yet to receive gloves and face masks promised by the government, adds: "We just depend on God."

"From the first day of Ramadan to date, over 300 people have been buried," he says.

The true figure is likely to be even higher, as just 22,000 tests have been carried out. 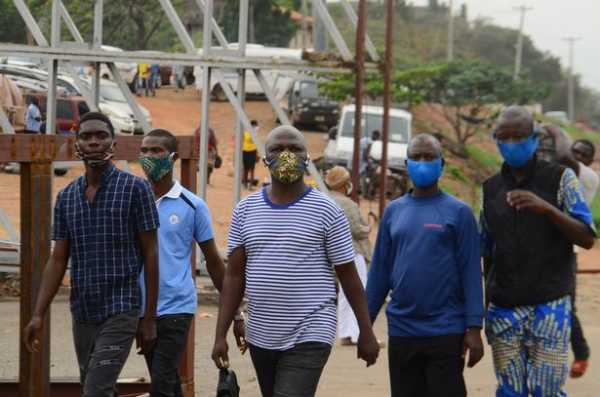 148 people in Nigeria have now lost their lives to Covid-19
(Image: NurPhoto via Getty Images)

Kano, the epicentre of the country's outbreak, is now under a two-week lockdown.

Last month, a UN report warned as many 3.3 million people in Africa could lose their lives to coronavirus if intervention measures don't slow down its spread. WHO has warned 3.3m people in Africa could die from coronavirus
(Image: AFP via Getty Images)

The United Nations Economic Commission for Africa (UNECA) report predicts between 300,000 and 3.3 million Africans could die as a direct result of Covid-19 if it is not stopped in its tracks.

UNECA outlined the troubling conditions that it says will put people in some parts of Africa at grave risk.

Its report warns 56% of the urban population is concentrated in overcrowded and poorly serviced slum dwellings, excluding North Africa.

Only 34% of households have access to basic hand washing facilities.

A total 71 % of Africa’s workforce is informally employed.

UNECA warns most of that workforce cannot work from home, limiting ability to impose the kinds of social distancing restrictions being deployed by countries such as the UK.