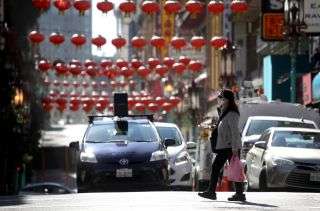 San Francisco Chinatown. The city announced a state of emergency on Tuesday (Feb. 25) in order to mobilize resources to fight a potential coronavirus outbreak in the city.

A case of COVID-19 has been confirmed in a Northern California resident who had no travel history to an affected area and no known contact with a person previously diagnosed with COVID-19, the  Centers for Disease Control and Prevention (CDC) announced today (Feb. 26). The agency didn’t say where in Northern California the person resides.

“At this time, the patient’s exposure is unknown. It’s possible this could be an instance of community spread of COVID-19, which would be the first time this has happened in the United States,” the CDC said in a statement. “Community spread means spread of an illness for which the source of infection is unknown. It’s also possible, however, that the patient may have been exposed to a returned traveler who was infected.”

This case was detected through the public health system by an observant clinician.

So far, the U.S. has confirmed 60 cases of coronavirus. Nine of those cases are in California, and until now, all were tied to a person with a known travel history to a hard-hit region.

On Tuesday (Feb. 25), San Francisco declared coronavirus a public health emergency, which allows the county to mobilize resources and coordinate agencies. Nearby Santa Clara county made a similar declaration on Feb. 10. That announcement came after a person who had traveled to Wuhan, China, tested positive for the disease on Jan. 31, Live Science previously reported.

Yesterday, the CDC announced that a coronavirus outbreak somewhere in the U.S. was a near certainty, and urged people to be prepared for the possibility of school closures and remote work.