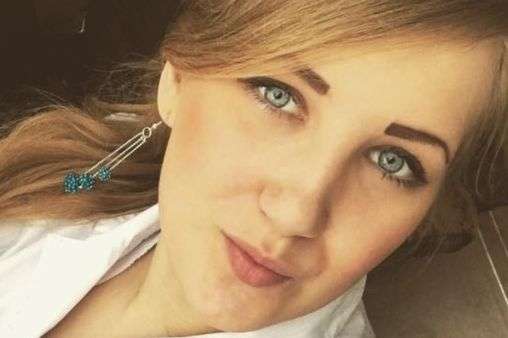 Olga Ovinnikova claims that her face has been left badly burned after medical masks at the hospital she works at in Karabanovo, Russia were cleaned with bleach and then reused

A nurse is in hospital in a serious condition after being given chemically treated PPE at a hospital for coronavirus patients in Russia.

Olga Ovinnikova suffered chemical burns to her face after wearing a bleached medical mask at her workplace in the town of Karabanovo in Russia's western Vladimir region.

She works at Karabanovo Town Hospital where staff have to wear the same masks multiple times because of extreme PPE shortage, local media has reported.

Before being reused, the masks are disinfected with chlorine-based bleach. 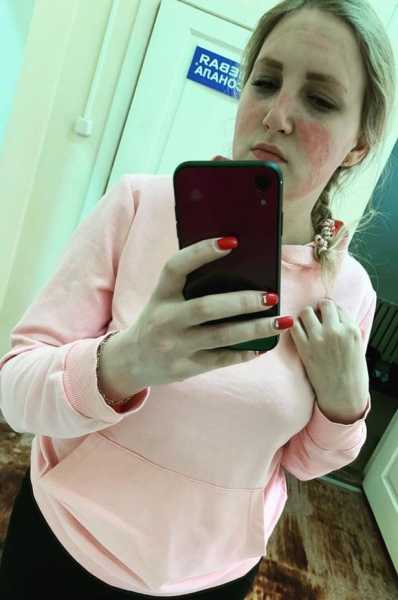 The nurse said her face has been burned

According to Olga, her skin was damaged by poisonous chemicals that remained on her mask after the disinfection.

She told local media: ''Single-use masks and hazmat suits are being washed with chlorine-based bleach and given to the hospital staff for further usage.

''One hour after my shift began, I felt a burning sensation on my face. Because of rules, I could not take the mask off and had to endure throughout my working hours.

''After my shift ended, I took off the mask and saw my injured face.'' 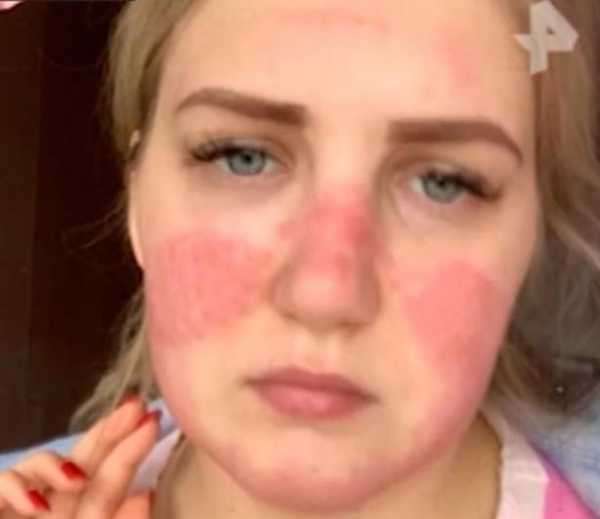 Olga told the hospital administration about the incident and asked for medical help but was sent home instead, she claimed.

She said: ''The next morning my condition worsened and I went to a traumatologist. He examined me and diagnosed with second-degree chemical burns.

''Several hours later I started having difficulty breathing and developed severe and painful face swelling. My parents took me to Moscow where I was admitted to a burn centre.

''It was not an isolated incident. My orderly suffered burns as well. These masks must be disposable.''

Emmanuil Zdanovsky, who runs the hospital, denied the usage of bleach to sanitise masks. 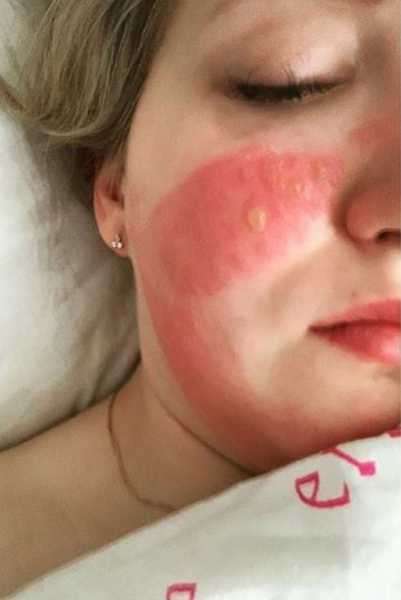 She has been hospitalised after wearing the masks

Speaking to local media, he said: ''We do not use bleach to sterilise masks and protective gowns.''

However, law enforcement confirmed the opposite and found numerous violations after checking the medical facility.

A statement from the local prosecutor's office said: ''The health authorities of the region and the hospital administration failed to secure enough masks and hazmat suits for the hospital staff.'

Lockdown changes in England: What you can do from May 13 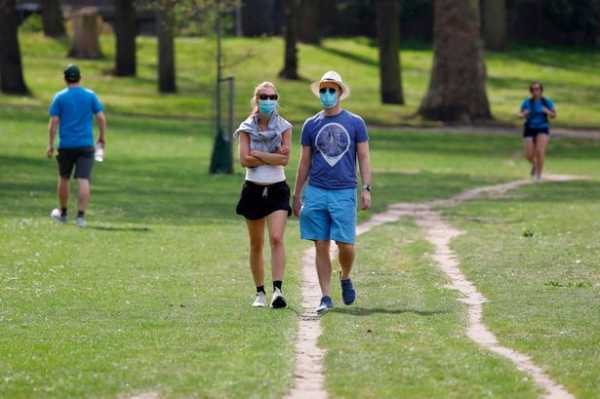 Unlimited exercise outdoors is to be allowed, with the previous 'once-a-day' rule scrapped

People will be allowed to sit on parks and beaches, provided they stay two metres away from other people

Boris Johnson said in his speech on Sunday night that people will be able to drive to other destinations from Wednesday, presumably to exercise there, although more detailed plans are likely to follow

From May 13, people will be able to meet one friend or relative from a different household in a public place, provided they stay two metres apart. Gatherings of more than two people remain banned, so people cannot meet both their parents, for example

Golf courses and tennis courts will reopen from May 13, with social distancing relatively easy to achieve, although you can play only with people in your household. Team sports such as football are not likely to be encouraged, as social distancing is difficult and more people than the average household would be required

Angling and water sports are also to be allowed to resume in England from Wednesday. Again, you must be within your own household and two metres from other people

Rather than a change to the rules, the government is now encouraging people to return to work if they cannot do so from home. But they also urge people to drive, walk or cycle to work rather than use public transport, if possible

''Because of the shortage, medics were ordered to sterilise disposable masks and PPE with chlorine bleach and use them again.

''Examinations showed that the nurse received chemical burns to her face after wearing one of those chemically treated masks.

''Also, two other medics were infected with coronavirus due to the PPE shortage.''

Post-Christmas cold and flu cases surge in UK – and our...