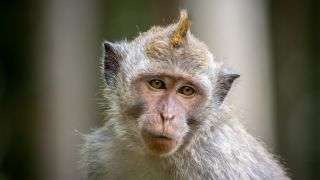 COVID-19 vaccines and treatments typically get tested in monkeys before being given to humans, but now, those primates are in short supply, The Atlantic reported.

Prior to the pandemic, the U.S. was already approaching a potential monkey shortage, according to a 2018 report from the National Institutes of Health (NIH). The authors of the report proposed establishing a “strategic monkey reserve” in order to meet future demand, and to provide a buffer in case of “unpredictable disease outbreaks,” according to The Atlantic. No reserve was ever established, and when COVID-19 emerged in late 2019, the demand for monkeys skyrocketed worldwide.

Compounding the problem, the U.S. received about 3 out of 5 research monkeys from China last year, and now, that critical supply chain has been severed, The Atlantic reported. In January and February, China placed strict bans on the transport and sale of wildlife and required that domestic researchers complete a government approval process for access to monkeys, according to The Globe and Mail. There is no equivalent approval process for foreign researchers, such as those based in the U.S., so China’s export of research monkeys has effectively been frozen.

The NIH funds seven primate centers nationwide, and the agency now dictates who can access its monkeys through an initiative called Accelerating COVID-19 Therapeutic Interventions and Vaccines (ACTIV).

When scientists ask to test COVID-19 treatments on monkeys at the California National Primate Research Center, which is funded by the NIH, “I have to tell them, ‘I’m sorry, we are not allowed to start your research,'” Van Rompay told The Atlantic. The problem extends far beyond COVID-19 research, affecting all those who want to test treatments on monkeys but don’t study the coronavirus.

Primate studies are important because researchers can test a treatment or vaccine’s safety and effectiveness without posing any risk to humans. For instance, because monkeys and humans have similar immune systems, an effective coronavirus vaccine should theoretically trigger comparable effects in both, The Atlantic reported.

With monkeys, researchers can also study age groups, such as infants, that may not initially be included in human vaccine trials, Sallie Permar, a vaccine scientist at Duke University, told The Atlantic.

To conserve the nation’s supply of monkeys, labs are sharing primates across multiple studies, Jeffrey Roberts, the associate director of primate services at the California National Primate Research Center, told The Atlantic. They use the shared monkeys as a control group — a comparison group that does not receive the experimental treatment or vaccine being tested.

However, these measures can stretch the monkey supply only so far. “There needs to be a real national investment to build the infrastructure, not only for this pandemic, but also for the future with the next pandemic,” Jay Rappaport, the director of the Tulane National Primate Center, told The Atlantic. But breeding a robust supply of monkeys in the U.S. could take years and meanwhile, the current pandemic rages on.

To learn more about the monkey shortage, read the entire The Atlantic piece here.