Home Health Why did I take AKA Signum GT? 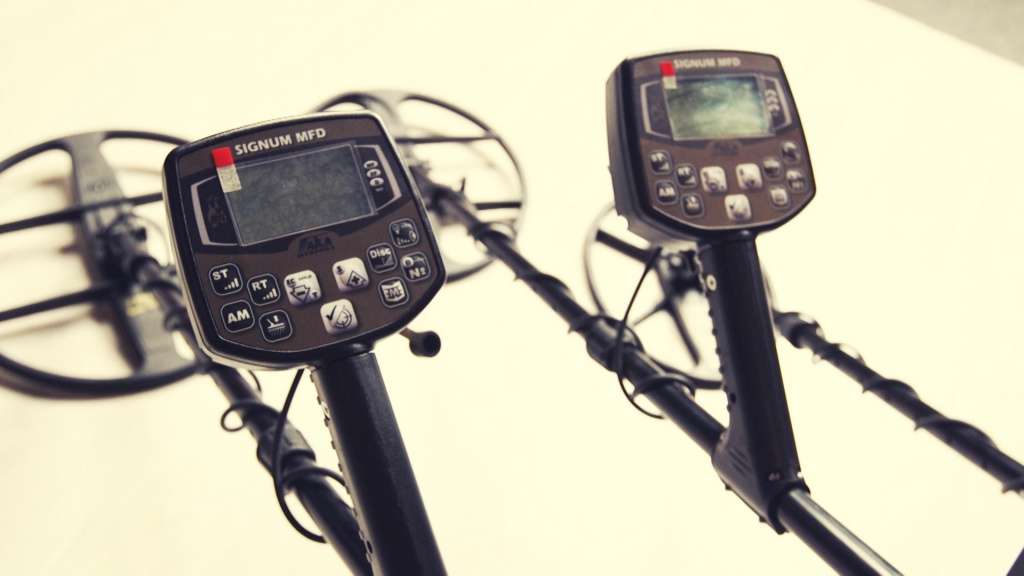 The device is a professional class, on a level with XP Deus and E-Trac, with which I already have a lot of experience. Informational content. I expected to get a highly informative system that would not be mistaken on dubious signals. (You give coin signals at maximum depth!) Depth. (After Asechnikov, I want to find good finds on knocked out places). The ability to increase the fleet of coils with different frequencies (sniper, 13 ″ for reconnaissance) at the maximum budget price. Curiosity. (The most important argument, in my case). So, what came of this? How I bought AKA Signum 7272 GT decided to buy via the Internet. I monitored many stores, looked at prices, and eventually settled on one store. I called, it turned out that the Signum was not available, because in December 2016 the release of a new firmware for the Signum was expected, and therefore the guys in the store recommended me to wait a bit when the updated Signums began to be shipped to stores.

I called, by the way, to the store of Grandfather Mitya. Well, I left a request that I would take the device, let them say when the updated ones come and I have to wait. A couple of months passed and they wrote from the store that the first Signums with a new firmware had arrived. Naturally, I reported that I would buy and pay the bill, I began to wait for the parcel. What I liked – the guys suggested several tricks on the metal detector, which are not written in the manual and are based only on their own practical experience – and this is very valuable!

Does everyone know Russian Post? I insured the parcel in case of loss, breakage and other force majeure. Of course, someone who wants to just lose 50,000 rubles at the post office, so I decided to play it safe, but, fortunately, everything went fine and without any problems. The package arrived whole and without damage.
And, as you see, in the store of Grandfather Mitya they thoroughly tried to prepare the parcel for dispatch, wrapped everything in protective films and seals.
Even the reel was rewound from head to toe.

The electronic unit was also well wrapped. Still, the parcels must arrive safe and sound, especially if it is such an important part as the metal detector unit.
Signum after unwinding all protective wrapping bags. As for the box design, this is the maximum of asceticism and minimalism. Well, of course, but it would be nicer to get a colorful box with a beautiful design, and not just a gray piece of cardboard.
With a beautiful box, you can resell the device more expensive! Metal detector design. I took the option with a folding bar, where the device can be quickly moved to the transportation position, but here the problem is – the position is comfortable, but it still takes up a lot of space, you need a big backpack. In this regard, the most compact options on the market now (May 2017) are XP Deus and Golden Mask 5+.

AKA also has an option with the usual S-shaped barbell, the weight is the same, but the price difference is somewhere around 1000 rubles. Here it’s more convenient for someone.
The device is voracious – 6 AA batteries! Buy batteries right away, my advice to you! This is not a Fisher F44, where there are only 2 AA batteries and buying a pack of 8 batteries will last you for the whole dig season!
for the cable from the headphones, I would cover it with a plug, but this is not included.
The coil took a standard, round, 10 ″ at 7 kHz. The manual insists that the frequency can be different by +/- 20 Hz, but this does not interfere with the search, and there is too much information for the user.

The bolt looks massive and durable. It seems to be done with a margin of safety.
The junction of the cable with the coil is also well protected, at least you have to try very hard so that something breaks at the junction.
The plastic seemed to be very strong to the touch, but when assembling the rod, you should look at various little things – it is quite possible that you will have to “finish the file” with your metal detector to avoid backlash and excessive hanging of the rod. Do not hesitate to tighten the clamps tighter, they seemed to me stronger than Garrett, for example.

The first thing I started to do was to take up the manual and began to study the device. The instruction is small, but written in a rather complicated language for the average layman. There are a lot of different terms there, but I’m glad that everything is explained meticulously and the necessary examples are given.
In general, I strongly recommend the instruction to memorize, because Signum in its combination of settings can compete with Deus itself – both devices are very twisted in the settings. The Signum still has enough “hidden” settings, which are shown only in the device menu. How to insert batteries in Signum so as not to break the battery cartridge. Now a small life hack, how to insert batteries so as not to break the cassette – I recommend ordering an extra one so that you don’t accidentally remain without a device on the dig. For the cassette, I would also recommend taking a spare bolt for the reel, just in case.

Three batteries are inserted into the cassette on each side, totaling six AA. It is best to first install the batteries on the sides and then put one in the center. Pull out the batteries in the reverse order – first we pull out the battery in the center, and then those on the sides. A brief summary of the Signum. On a sim I’m going to dig with the device – Signum from those devices that you begin to understand through many outputs. It is necessary to shovel more than one ton of earth in order to learn how to use this metal detector to the maximum extent possible for all 146%. Do not flatter yourself – you will have to spend a lot of time with any professional device before comprehending Zen and achieving true mastery. Tips and life hacks, as well as my experience will be written in the next part of the review, how to get enough experience at least half the season. The device is surprisingly very informative, accurate, well shares goals and quite universal due to the installation of additional coils with different frequencies.

Of the minuses – they subtilized with the balance of the soil, I will tell about this procedure and the way to balance correctly in the next part. Also, a minus or a plus, someone likes, but if you switch from another device to AKA devices, you will have to learn many new settings and terms that are not in other devices.

Life after death: Woman claims Jesus Christ reached down for her...