Alien life obsessive Scott Waring made the shock announcement about the UFO base aerial views on his etdatabase.com channel. He said: “I have used Google Maps to zoom into the Antarctica region and they are right there. “You can see a lot of other anomalies sitting in between the snow and icecaps on the nearby bay.

“What are those structures? Aren’t they amazing? These are not normal.

What are those structures? Aren’t they amazing? These are not normal

Mr Waring then proceeded to contrast the strangely-shaped objects with nearby aquatic features clearly seen to be lining the Antarctic Ocean floor.

He also queried why some areas of watery depths appear to be blurred-out by Google Maps.

Mr Waring  said: “There is nothing normal about these things. They really stand out quite a bit. 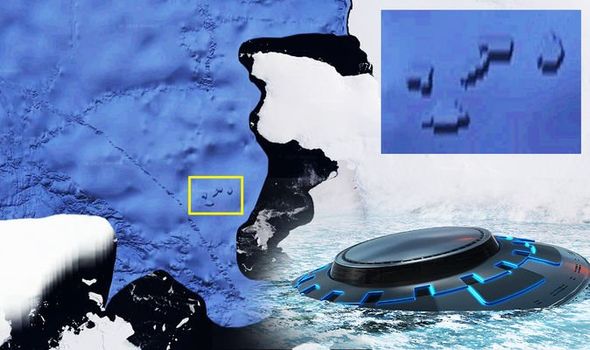 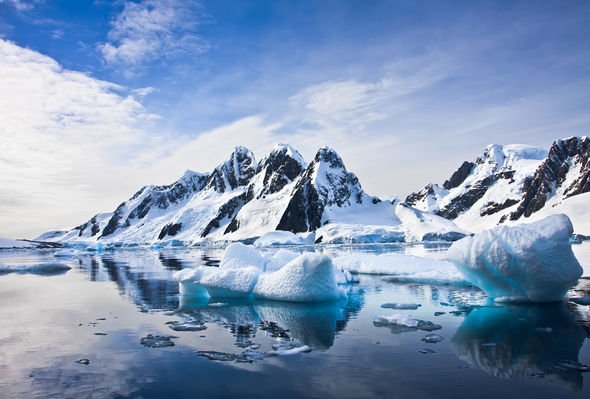 Google Maps is such a powerful program, it allows researchers to essentially travel back through older image of the same area.

Mr Waring then uses this function to compare the current day image with earlier ones captured in the 1980s.

He said about the earlier satellite images: “The structures then appeared to be snow, but clearly they are not.

“Because if you look at their right angles, they really stand out. 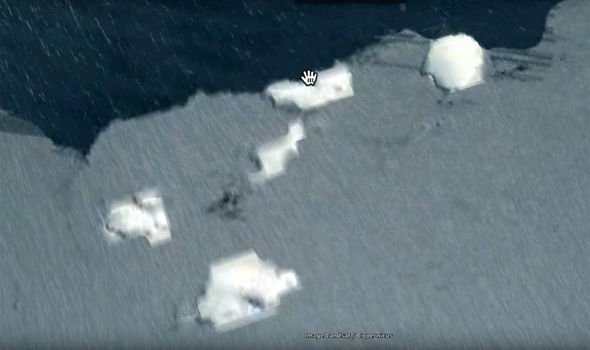 Clicking through the succeeding decades, he unconvincingly attempts to argue tech giant Google is involved in an alien life cover-up

He said:  “You can really sees how the edges of the structures continue to stand out, no matter what.

“You can see the right angles and these do not look like regular islands to me.

“Why did Google Earth cover them up in blue – why not just how these islands all the time?

“Google cover them up because they don’t want the public to find them so easily.

A lot of people might claim them to be icebergs, but I believe these to in fact be four underground alien base facilities located within 1km of each other.

“Each building is between 2km and 2.8km across according to the Google Ruler tool.

”This is 100 percent proof alien bases exist in Antarctica.’ 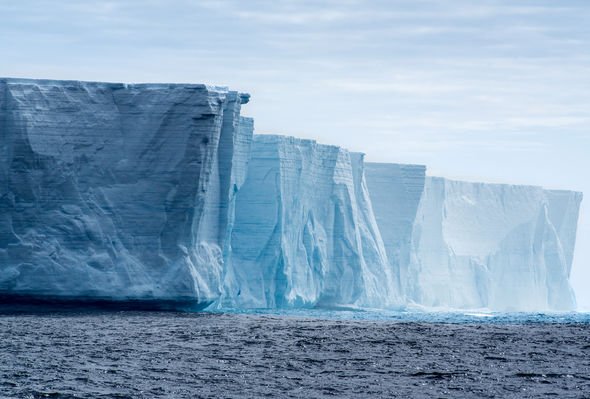 Kyujin kang15 appeared to be convinced, writing: “It is clearly in a three-dimensional form. It is a building. Surely?”

However, YouTube viewer Joshua is clearly less than impressed, commenting: “I’m waiting for the evidence you have single-handedly found a “secret alien base.”

Ancient, Gold-Lined Tombs That May Hold Princesses Discovered in Greece