A MYSTERIOUS “alien structure” in Antarctica has surfaced and then vanished on Google Earth, sparking a range of conspiracy theories about its origins after some suggested it had been “blacked-out”.

A bizarre blacked-out structure in Antarctica has sparked a frenzy of debate about a possible top-secret government cover-up – or a subterranean alien base. The mysterious footage released on YouTube conspiracy page thirdphaseofmoon showed a row of identical structures lined up in Antartica on Google Earth. The site was claimed to be located at 75° 0’46.98″S 0° 4’52.71”E coordinates.

The huge structure also appears to have undergone a dramatic change, with an apparent “airstrip” vanishing between 2015 and 2016.

Analysing the footage, Blake Cousins, who runs the YouTube channel, suggested it may be an “ancient alien city”.

He told viewers: “I have never seen anything like this before. This place gets more bizarre as we go through it.

“Are they some kind of machine or detection device? Is it something Google Earth doesn’t want you to see?” 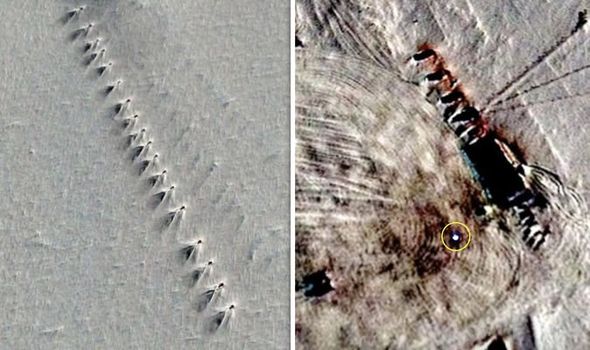 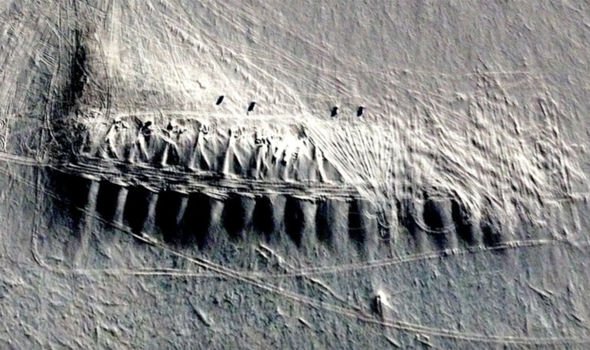 “It looks like each point has its own entrance, like it’s some sort of tunnel. Perhaps there is a subterranean city below.”

They measured the site at approximately 2,000 metres-long.

Between 2015 and 2016, several of the structures dramatically changed or vanished completely. 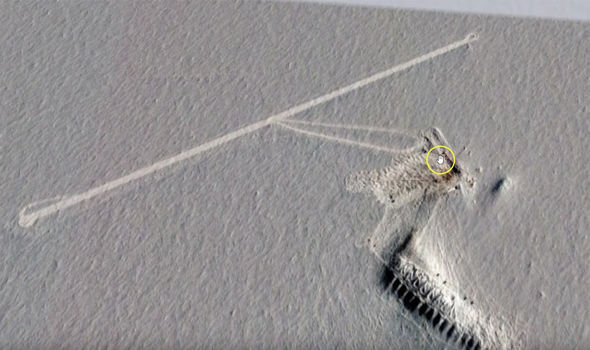 Black Cousins said: “Notice the airstrip, and then some activity going on just after that.

“Was this a mining system in 2015? Very strange.This is where it gets really weird.”

He then points to the site where the identical structures are found, and reveals that they were previously a huge mysterious mound in 2015.

Cousins adds: “It looks like an alien structure. Maybe a hidden base they are unveiling.”

Online viewers suggested that the structure appeared to be “blacked-out” like a government agency had “redacted” the genuine images.

One viewer commented: “Those black areas look to me like they’ve been redacted. You can see colours around the edges which look like there’s something shiny beneath them.”

Another remarked: “The parallel structures remind me of the parallel barriers set up on landing strips to identify the runway for aircraft.

“The large cavernous structure appears to be a aircraft hanger.”

A third simply added that there was “defintely some activity most likely going on over there”.

Area 51: What would happen if you really tried to ‘storm’...