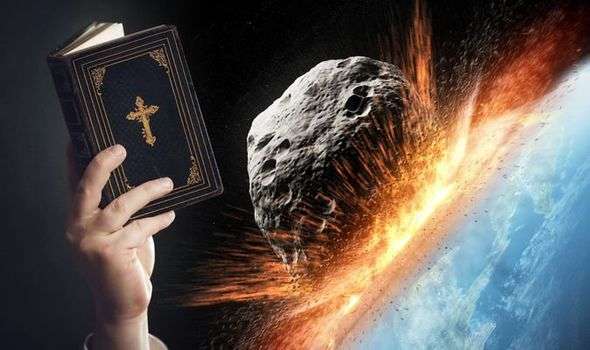 AN ASTEROID is expected to come crashing into Earth before the end of the decade, Christian conspiracy theorists have claimed, despite numerous reports to the contrary.

The asteroid in question is the 1,200ft-wide (370m) Asteroid Apophis, which is expected to come dangerously close to Earth in April 2029. Although astronomers have repeatedly assured the space rock will not hit Earth, some have outrageously claimed the Bible has prophesied a deep impact in nine years.

The Book of Revelation is the final book of the New Testament and describes the events that will supposedly unfold before the return of Jesus Christ.

One of these tragic events, Mr Horn has claimed, will be a large asteroid impact on April 13, 2029.

In an article for Charisma News, he said: “Revelation 8 and the first four trumpet judgments appear to describe the different stages of a singular event – a large asteroid impact on planet Earth, which I predict is coming in 2029 in the form of the asteroid Apophis.” 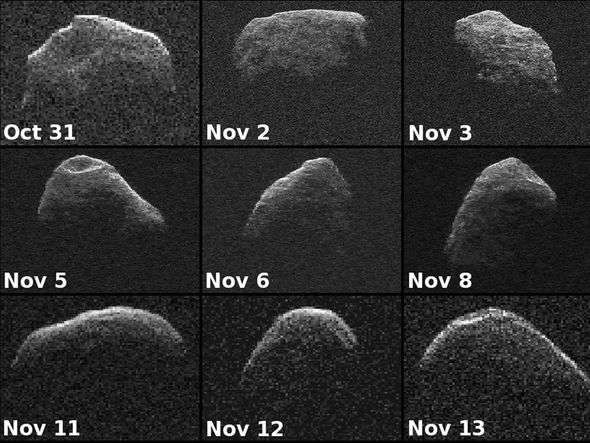 The scripture in question reads: “Then the seven angels who had the seven trumpets prepared to sound them.

“The first angel sounded his trumpet, and there came hail and fire mixed with blood, and it was hurled down on the earth.

“The second angel sounded his trumpet, and something like a huge mountain, all ablaze, was thrown into the sea.

According to Mr Horn, these biblical passages describe the cataclysmic aftermath of an asteroid crashing into Earth.

But why does he think Asteroid Apophis will be the one to bring about the end of the world?

The NASA-tracked space rock is expected to come incredibly close to Earth on April 13, 2029.

Astronomers predict Apophis will skim the planet from a distance of about 19,400 miles (31,300km).

DON’T MISS
Climate change: Earth’s carbon sinks are close to collapsing [INTERVIEW]
Coronavirus prophecy: The Four Horsemen of the Apocalypse are here [INSIGHT]
Was coronavirus prophesied in the Book of Revelation? [ANALYSIS] 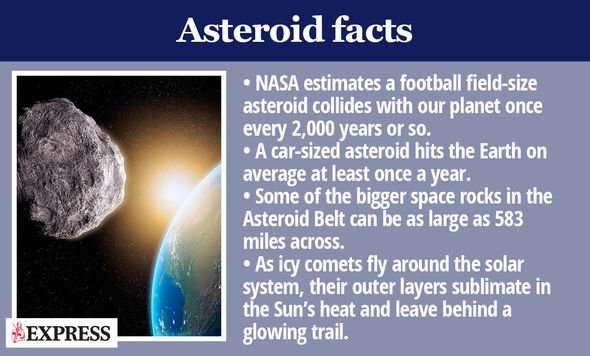 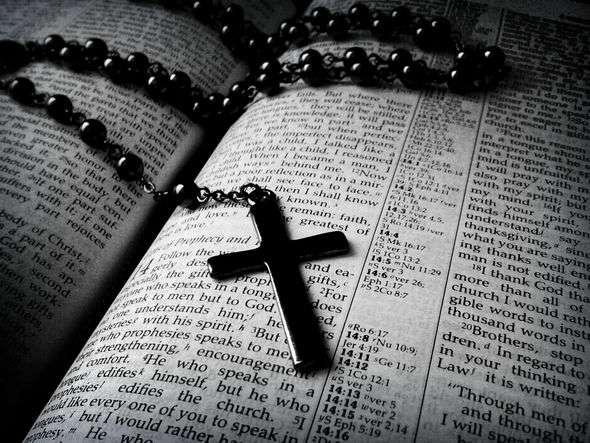 Some geostationary satellites orbit the planet at this height.

The incredibly close flyby will mark the closest passage of an asteroid of this size.

Some astronomers have speculated the asteroid could clip a satellite on its way past Earth.

But there is absolutely no need to worry about the space rock hitting Earth directly, despite conspiracy theories and outrageous claims made on the internet.

Astronomers have ruled out all odds of impact in 2029 and 2036 when Apophis visits Earth again.

Don Yeomans from NASA’s Near Earth Object Program Office said: “The impact odds as they stand now are less than one in a million, which makes us comfortable saying we can effectively rule out an Earth impact in 2036.

“Our interest in asteroid Apophis will essentially be for its scientific interest for the foreseeable future.”

When Apophis approaches Earth in 2029, the asteroid should be close enough for astronomers to study it in great detail.