BAFFLING UFO footage has stunned California residents as an unidentified “craft” was caught hovering over a town for several minutes.

A mysterious disc was captured in the night sky in the California town of Menifee and has stunned viewers. The UFO appeared to hover in one area with multiple bright lights on it for several minutes. Residents of the area were quick to come out in droves and record the footage while trying to discern what it was.

A group who saw the flying object began recording and attempted to understand the phenomenon.

One confused onlooker said: “What the f*** is that?”

Another witness within the clip questioned whether the lights and outline in the sky could be a group of drones.

A bystander replied: “They are too high to be drones. Dude, what is that? I need to see.”

Not being able to work out what the strange lights are he exclaimed: “We’re all going to die, it’s the alien’s dude.” 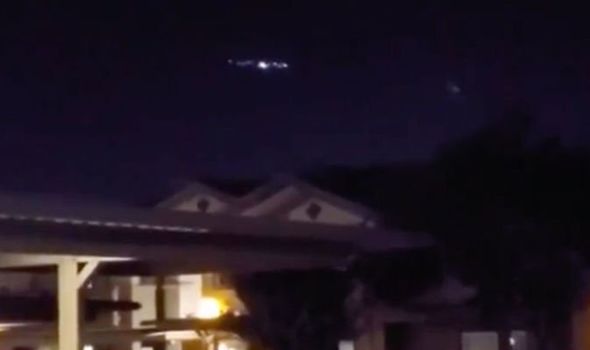 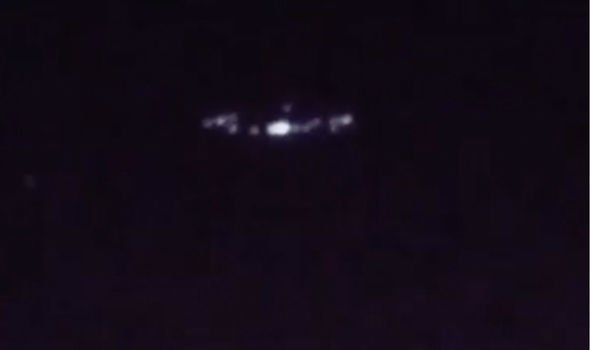 The video was recorded in October this year but has recently resurfaced online.

In the caption, the uploader claimed over “100 witnesses” saw the craft over Menifee, a town in California.

They also wrote the UFO made “no noise whatsoever”.

They added: “At one point, the huge UFO was just hovering in the same spot for over five minutes before it speeds off into the night sky.” 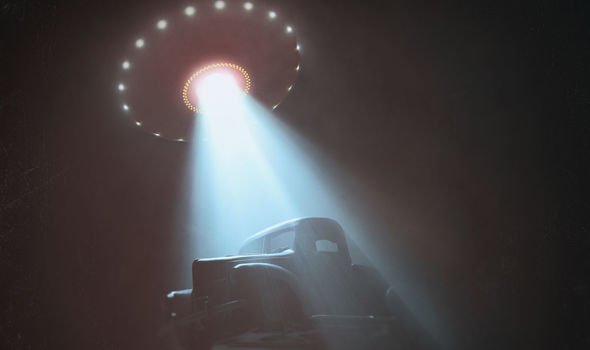 Viewers were unable to agree on an explanation for the phenomenon.

Attention on this UFO sighting comes after a similar event in Arizona where hundreds of witnesses reported seeing a mysterious bright orb in the city.

Local residents of Mesa, Arizona, spotted a mysterious bright orb in the night sky over the weekend, prompting panic among witnesses.

To add to the mystery, officials at nearby military bases have denied any involvement following claims it was a top-secret military test.

The footage of the incident shows a bright orb hovering silently in the night sky last Sunday night.

Six dead and 10 missing after bus plunges into sinkhole then...