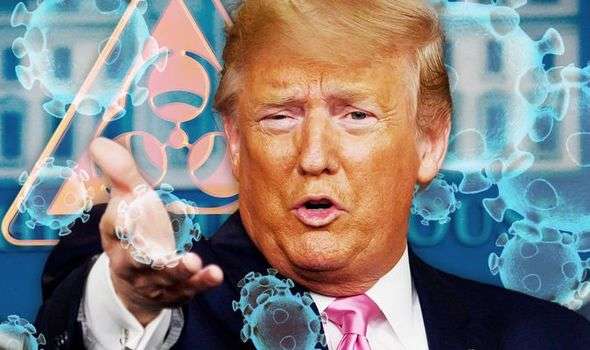 CORONAVIRUS continues to ravage the world with around 100,000 infected patients and more than 3,300 deaths so far – but some believe in an outrageous conspiracy theory suggesting the virus was created in a lab.

The shocking claim that coronavirus was deliberately created and then released to wipe out humanity  been widely . Fears were not helped when a 40-year-old book was discovered, as it appeared to predict a “Wuhan biological weapon”. However, it is not the first time claims of this nature have been raised. Unearthed reports reveal how the US was accused of developing biological weapons and viruses they tested on animal research at a facility on Plum Island, New York. One theory suggested that this led to the creation of the deadly and incurable lyme disease.

The Plum Island Animal Disease Centre was opened in 1954 with the aim of developing ways to protect US livestock from infection.

One such belief was that they snapped Nazi torture scientists at the end of World War 2 to work in their labs.

Other concerns about “workplace safety” were voiced to Hillary Clinton by a whistleblower in 2003.

JUST IN: Amelia Earhart: How Britain could have solved the mystery 80 years 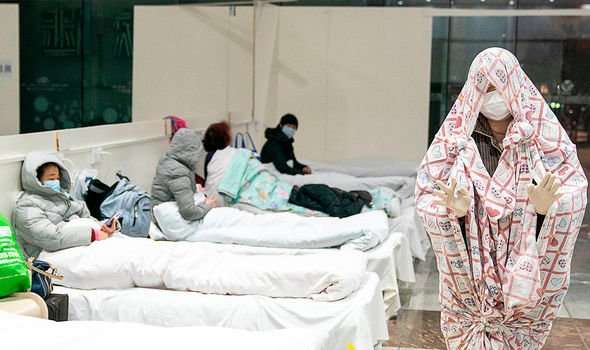 The unusual allegations have been spurred on by several books including ‘BITTEN: The Secret History of Lyme Disease and Biological Weapons’.

In the 2019 book, Kris Newby presented the claims of Willy Burgdorfer – who first discovered lyme disease – that the infection was a military experiment gone wrong.

Lyme disease is transmitted to humans through the bite of an infected black-legged tick if it’s left untreated.

The terrifying condition can manifest into fevers,  difficulties, heart problems,  system – and can even lead to death. 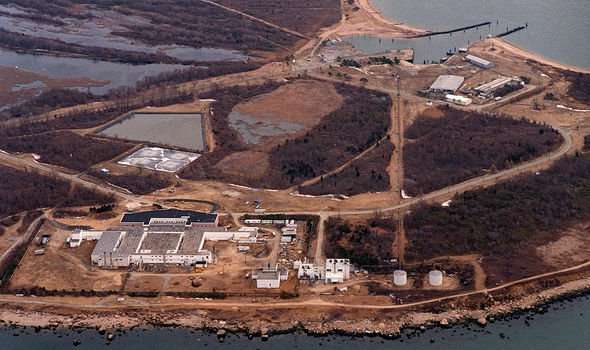 Ms Newby’s and others’ claims encouraged New Jersey politician Christopher Smith to call for an investigation into whether ticks were experimented on at Plum Island.

He cited his concerns in an amendment to the Defence Authorisation Bill in July last year.

If it is signed off by US President Donald Trump, it will force the Pentagon to conduct a review into its work at the research facility between 1950 and 1975.

Mr Smith, a Republican Congressman, said: “We need answers and we need them now.”

He demanded that the Pentagon reveal “whether any ticks or insects used in such experiments were released outside of any laboratory by accident or experiment design”. 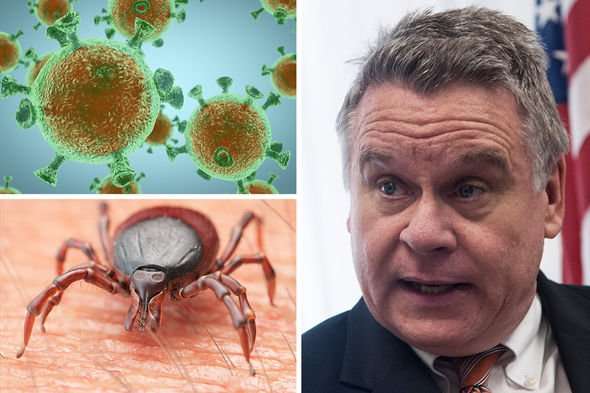 One theory supporting the accidental release claims surrounds how animals were destroyed to prevent infection from getting out.

It alleges that while all animals being experimented on were killed – birds could have been free to fly onto and away from the island.

This, in their belief, could have led to a rise of lyme disease and potentially other infections.

It also fuels the flames of conspiracy theorists who have suggested that the government created and released coronavirus.