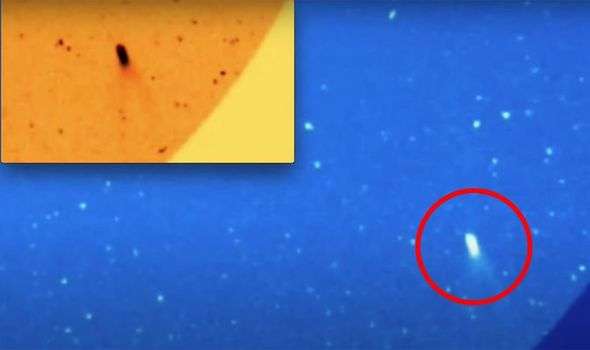 NASA has been accused of an alleged “cover-up” according to UFO conspiracy theorist, who claims to have proof the US space agency wiped their archive showing a “alien spacecraft”.

NASA has been accused of “covering up” a mysterious UFO sighting which was caught on NASA cameras earlier this month. A leading UFO enthusiast and YouTube conspiracy theorist claims that NASA “wiped their archives” that showed a huge “alien craft” flying in front of the sun. Scott Waring, who runs ET Data Base, said he had proof that NASA had erased images of the alleged space craft from existence.

In a video uploaded by Waring, a huge rectangular UFO shoots past the sun in a series of 20 photographs from NASA’s own cameras.

He wrote: “It has got to be several miles across or more.

“I tried to find it on Helioviewer.org a SOHO/NASA site, but I got an error message. 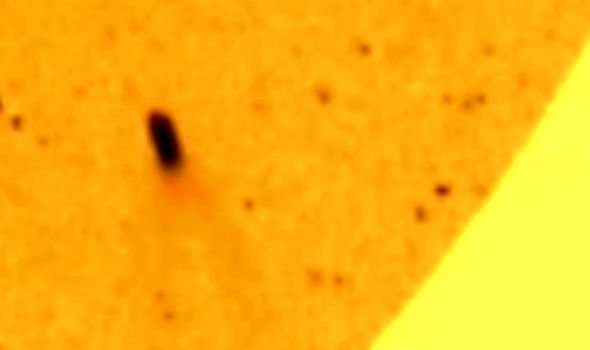 He continued: “Then I went into the individual photos online and input my own URL, but these photo times do not exist.

“Three different sources all erased from existence. I found it at a fourth source and there is no way in hell I will reveal it, but its a NASA source thats all I will say.

“I don’t want my source cut off too. This UFO is seen in twenty different photos in a row!

“It is seen over a three day period and NASA said nothing to the public!” 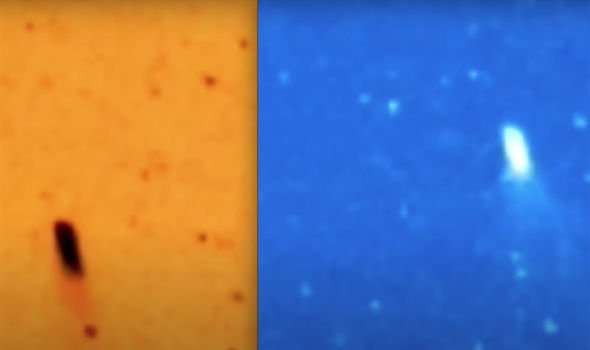 He told listeners: “This is the NASA – but it has disappeared off their websites.

“Look at this thing, this is incredible. It is unbelievable.

“It is moving away from the sun, this huge rectangular object.

“Why would NASA wipe these things from their archive?

Many viewers commented on the video in support of the theory, claiming it was proof of “another cover-up”.

Sceptics claimed it looked like “a comet with the tail trailing it”.

Some suggest it was Comet NEOWISE which is making its way past Earth as it voyages through the solar system.

Following observations from Solar and Heliospheric Observatory’s (SOHO) telescope, astronomers believe it will be fly near to Earth on July 3.

However, one viewer replied: “People are saying it’s a comet but why would they delete the evidence of a comet?”

Precious “roots” of continents: the origin of diamonds in the mantle...