Home Science and Technology Scientists capture clearest ever photo of the Sun – and it looks... 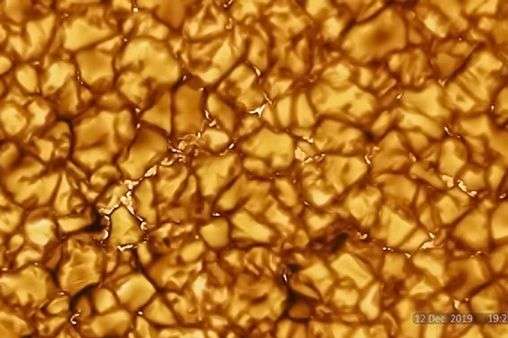 The surface of the sun (Image: NSO/AURA/NSF / SWNS)

The clearest and most detailed images of the Sun captured by the world's largest telescope will open the door to "new horizons in solar physics", scientists have said.

The Daniel K Inouye Solar Telescope, located in Hawaii, has produced the highest-resolution images of the Sun's surface ever taken, showing the star's turbulent atmosphere in intricate detail with features as small as 18 miles visible for the first time.

The pictures also reveal gold cell-like structures, roughly the size of the US state of Texas, which are the signature of violent motions that carry heat from inside the Sun to its surface.

Astronomers believe the telescope, which belongs to the National Science Foundation (NSF) in the US, will usher in a new era of solar science and help unlock the mysteries of the Sun and its impacts on Earth.

Mihalis Mathioudakis, a professor from Queen's University Belfast, who helped develop the cameras for the telescope, said: "The imaging produced by the Inouye Solar Telescope opens new horizons in solar physics. 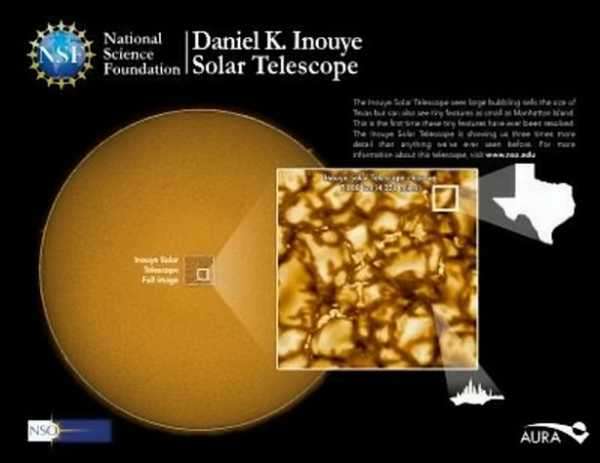 Detail of the surface of the sun captured by the Daniel K. Inouye Solar Telescope
(Image: NSO/AURA/NSF / SWNS)

"Its imaging capability allows us to study the physical processes at work in the Sun's atmosphere at unprecedented levels of detail."

The telescope is also expected to play a key role in the better understanding of space weather.

NSF director France Cordova said: "NSF's Inouye Solar Telescope will be able to map the magnetic fields within the Sun's corona, where solar eruptions occur that can impact life on Earth. 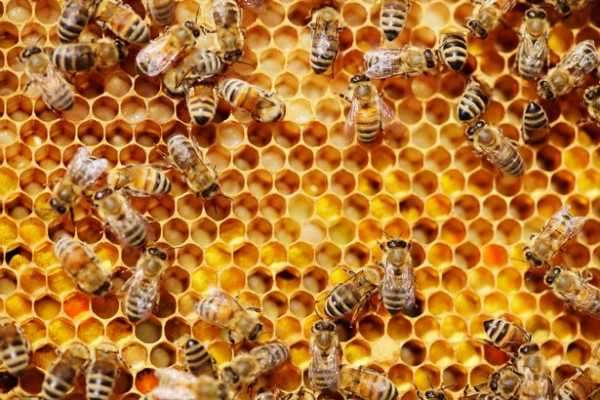 "This telescope will improve our understanding of what drives space weather and ultimately help forecasters better predict solar storms."

Matt Mountain, president of the Association of Universities for Research in Astronomy, which manages the telescope, said: "On Earth, we can predict if it is going to rain pretty much anywhere in the world very accurately, and space weather just isn't there yet.

"Our predictions lag behind terrestrial weather by 50 years, if not more.

"What we need is to grasp the underlying physics behind space weather, and this starts at the Sun, which is what the Inouye Solar Telescope will study over the next decades."