Home Strange news Did you already have coronavirus in January or February? 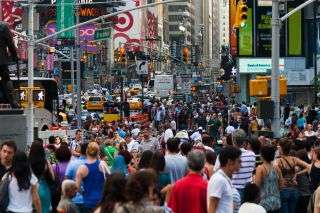 With the recent news that two Californians died of COVID-19 in February, three weeks earlier than the United States’ first known death from the disease, it has become clear that the coronavirus was spreading in the United States long before it was detected by testing.

This fact might have you wondering if that weird cough or recurrent fever you had in late January or February was actually COVID-19. It’s not impossible, experts say, but it’s not necessarily likely, either. The virus was certainly circulating during that time. However, what is unknown is how prevalent it was, especially compared with the other respiratory viruses of winter.

“The initial introduction of the virus in the U.S. coincided with the peak of the flu season, so the symptoms you had, it would be difficult to untangle with flu,” said Matteo Chinazzi, an associate research scientist at Northeastern University in Boston, who is on a team that has been modeling the virus’ spread around the world.

The coronavirus SARS-CoV-2 was first detected by testing in the United States in January. That case occurred in a 35-year-old man who was tested on Jan. 19, four days after returning from Wuhan to his home in Snohomish County, Washington.

But it wasn’t until a month later, on Feb. 26, that the Centers for Disease Control and Prevention (CDC) confirmed the first known case of community spread of coronavirus in the United States, in a California resident who had no known contact with a traveler from China. Just a few days later, a group of researchers studying flu test samples in Washington state discovered a sample that contained the genetic sequence for that coronavirus, which causes COVID-19. It belonged to a teenager who had contracted the virus in the community.

It is now  clear that the first cases of community spread in the United States weren’t in late February, but instead were in January, when only travel-related cases were being caught and reported.

This is evident in a few different ways. First, the small genetic differences between the coronavirus in the Washington state teenager and in samples from Wuhan suggested that the virus had come over from Wuhan and had been circulating, and gradually mutating, over the course of about five weeks, infectious disease researcher Trevor Bedford of the Fred Hutchinson Cancer Research Center wrote in a blog post in early March.

Second, the newest death data also points to community spread of coronavirus in January. The first reported coronavirus death in the United States was thought to be a man in his 50s who died on Feb. 28 in King County, Washington. Autopsy results from two deaths in Kirkland, Washington, subsequently pushed the first known deaths in the U.S. back to Feb. 26.

On April 22, though, the CDC confirmed, based on autopsy results, that two people in Santa Clara county had died at home of COVID-19 on Feb. 6 and Feb. 17. Neither had a travel history and are thought to have caught the disease from community spread. Because COVID-19 typically has an incubation period of 5 to 6 days (and up to 14 days) between when people are infected and when they show symptoms, and because it usually takes several weeks after that for fatally ill patients to die, the early February deaths suggest that the individuals caught COVID-19 in mid- to late January.

Finally, modeling work based on travel patterns shows the virus arriving in New York in early January and in California by mid-January, Chinazzi told Live Science. Other states followed.

“What our model seems to indicate is that the first introduction of the virus in New York was around early January and more generally, what we see is that by the end of February, most of the states have been seeded and have local transmission,” Chinazzi said.

The first confirmed community spread of the coronavirus in New York was in a lawyer from Westchester County who first went to the hospital for his symptoms on Feb. 27, New York 4 reported. Genetic studies of viral samples in New York now suggest that community spread began by late January, mostly from introductions of the virus from Europe. Researchers at both NYU Langone and Mount Sinai conducted those studies.

Epidemiologists in Colorado believe that the coronavirus landed in the Rocky Mountains somewhere between Jan. 20 and Jan. 30. The estimate comes from two different methods, Elizabeth Carlton, an epidemiologist at the University of Colorado School of Public Health, told Live Science. First, simple back-of-the-envelope calculations based on when the first detected cases in Colorado’s outbreak reported symptoms suggest that those people got sick in that time frame. Second, the models that Carlton and her colleagues are using to track and forecast Colorado’s cases fit the idea that the first cases in the state emerged between Jan. 20 and Jan. 30. (Colorado didn’t report its first cases of the virus until March 4, according to Colorado Public Radio.)

“It’s ski season in Colorado in January, so it’s not hard to imagine that someone from one of the West Coast states came to Colorado to go skiing and brought an infection,” Carlton said. “That’s just one of many possible routes.”

Data on excess deaths compared to previous years can also help reveal when coronavirus landed in a particular state. In Florida, for example, The Sun-Sentinel reported that a spike in pneumonia-related deaths in mid-March could point to a nascent coronavirus outbreak starting by at least late February.

Was that cough COVID-19?

Given differences in the timing of the virus’s arrival and the severity of outbreaks so far, the chance that any given respiratory illness in January or February could have been COVID-19 depends on where you live: It’s far more likely that a resident of Manhattan in New York City has already had the virus compared with a resident of Manhattan, Kansas.

Flu season clouds the issue. There’s no national clearinghouse of influenza case statistics, and many people with flu are not given a flu swab to confirm the diagnosis, so no one knows exactly how many cases of influenza occurred in January or February either. But the CDC estimates that there were between 39 million and 56 million cases of flu in the U.S. between October 2019 and April 2020. That means that at the peak of flu season in January and February, the number of cases of influenza virus likely far outnumbered the coronavirus cases in the United States.

It’s also hard to extrapolate back today’s infection numbers to estimate the prevalence of coronavirus in January and February. That’s because many cases of COVID-19 are still going undiagnosed by testing, and researchers still don’t know how many people infected with coronavirus experience only mild symptoms or no symptoms at all, Carlton and Chinazzi said.

Antibody studies, which look for immune-system proteins made when the body fights off a virus, can reveal approximately how many people in a population have been exposed. A research study that recruited people at grocery stores and tested their blood for antibodies to the coronavirus found that 1 in 7 people in New York state, and nearly 1 in 4 in New York City, has been exposed to the coronavirus. It’s unclear whether those results will generalize to the population at large — people staying home to avoid even grocery stories might have lower infection rates, for example — but they do suggest that the chances of someone in New York having been infected already are not negligible. However, given that the virus spreads exponentially through the population, extrapolating back to January or February shrinks the number of active cases significantly, meaning that likely only a tiny fraction of people in the city were sick with COVID-19 at that time.

That means if you had respiratory symptoms in New York in January or February, chances are probably still better that it was the flu or a seasonally circulating coronavirus.

Elsewhere, the chances of having had coronavirus in January or February are even less clear. Two controversial studies in California put the percent of people who had already been exposed at between 2.5% and 4.2% in Santa Clara county and at up to 5.6% in Los Angeles, but those data have been criticized as likely overestimating the exposure. Both may have inadvertently recruited participants who thought they might have been exposed, biasing the sample; in addition, the antibody tests they used had a high rate of false positives, making results unreliable when low levels of the population have been exposed to the disease.

In Colorado, epidemiologists are estimating that 1% of the population has already had COVID-19. A cough or fever in February would be more likely than one in January to be a symptom of COVID-19, Carlton said, simply because there would have been more circulating cases as time went on. But there’s a lot of uncertainty in the 1% estimate given limitations in testing and the wide range of severity of symptoms, Carlton said.

“This is the question that everyone is interested in answering,” she said. “How many people really have had it?”

9,000 cases of coronavirus in the US could stem from Wuhan...