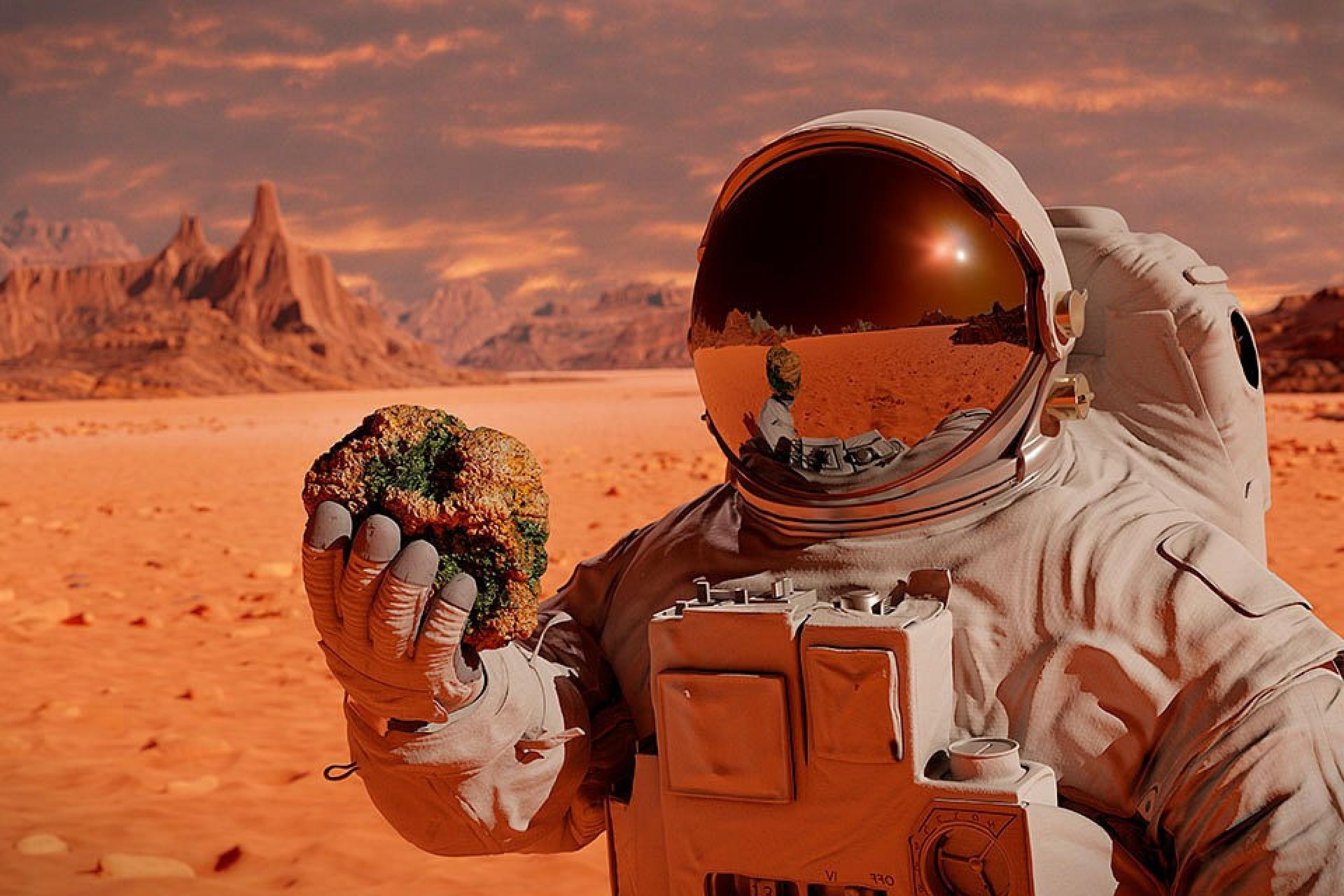 Early Mars most likely had a fairly strong hydrosphere. However, now, because of the low atmospheric pressure, water may exist on the surface of the Red Planet only in the form of ice or water vapor, and in the latter form it is quite easy to “go” into space. At altitudes of over 50 km carbon dioxide atmosphere practically does not retain the ultraviolet radiation of the Sun, and it splits the water molecules. The resulting hydrogen atoms dissipate into space.

For a long time, scientists believed that this process is uniform and the rate of water loss does not depend on the time of year. However, the data obtained with the infrared spectrometer SPICAM, installed onboard the Mars Express, allow drawing a much more complicated picture.

The peculiarity of this instrument is that it is able to study the gas envelope “through the light”, observing how the solar radiation passes through the thickness of the atmosphere at the edge of the planetary disk. This makes it possible to study the distribution of water vapor molecules at different altitudes.

Having processed SPICAM data for eight Martian years, the staff of the Space Research Institute of the Russian Academy of Sciences revealed an interesting pattern. During periods when the Red Planet is near the aphelion (the farthest point of the orbit from the Sun), water vapor practically does not rise above the 60 km mark. At this time, it is summer in the northern hemisphere and winter in the southern hemisphere. Conversely, when Mars passes perihelion, which corresponds to winter in the southern hemisphere, water molecules can rise up to 90 km above the surface without condensing into ice.

In addition, the researchers analyzed data obtained during global dust storms on Mars in 2007 and 2018. At that time, the Martian atmosphere became even warmer and wetter, and the transport of gas masses became even more intense, due to which water rose to a height of 80 km and higher, from where it then “flowed out” into space.

The results of another study carried out by the LATMOS laboratory, in general, confirm the conclusions obtained in the IKI RAS. According to scientists’ estimates, due to atmospheric leakage, Mars is now losing a layer of water about 2 m thick every billion years.

End of the world: Growing disbelief in God a sign of...