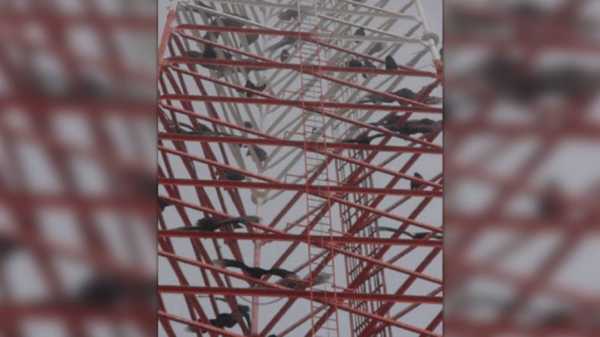 Invading vultures have become a safety hazard near the U.S.-Mexico border where a 320-foot radio tower is located.

U.S. Customs and Border Protection is now asking contractors for proposals to get rid of the uninvited birds with netting, according to reports. 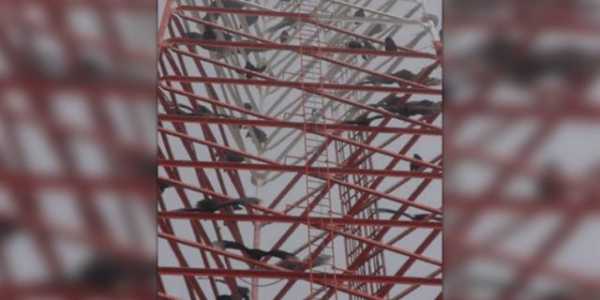 About 300 vultures have made a 320-foot radio tower in Kingsville, Texas, their home, becoming a safety hazard for Customs and Border Protection.<br><br>
(U.S. Department of Homeland Security)

A CBP request for information says "a population of vultures have built up and are roosting and nesting on the tower structure on the railings, catwalks, supports, and on rails and conduit throughout,” according to the news outlet.

“Droppings mixed with urine are on all of these surfaces and throughout the interior of the tower where workers are in contact with it, as well as on areas below."

Quartz, which broke the story Friday, quoted a CBP spokesperson as saying the vultures will often defecate and vomit from their roost onto buildings below that house employees and equipment. 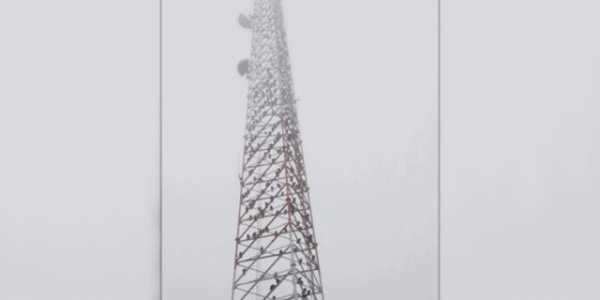 Customs and Border Protection has asked contractors to submit proposals for getting rid of the unwanted birds with netting.
(U.S. Department of Homeland Security)

“There are anecdotes about birds dropping prey from a height of 300 feet, creating a terrifying and dangerous situation for those concerned,” the spokesperson said.

CBP hopes the winning bidder’s “Vulture Deterrence Netting System” will be in place by August before the bird’s fall roosting season begins.