Home Strange news What to visit in New York 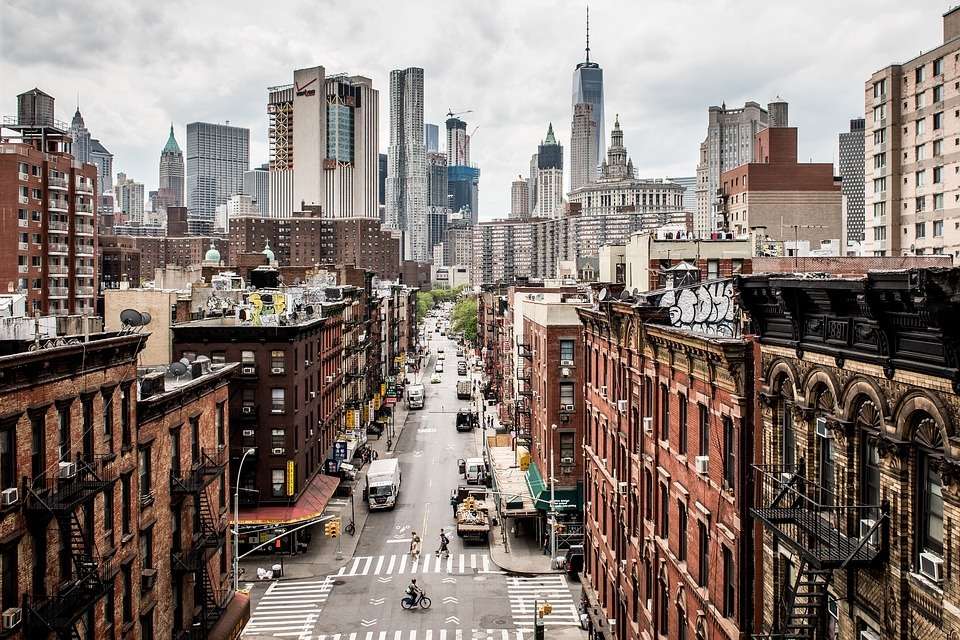 What to see in New York? It is possible to write a whole book in answer to this question. New York is rightfully considered the most visited city in the world with many attractions and entertainment. Every day you can discover something new, get acquainted with the cultural life of the metropolis, business districts, do shopping in the malls. New York is one of the most expensive cities in the world to visit. Here literally everything “costs money”, but there are architectural and historical sites, the entrance to which is free. True, here you can often find a sign saying that voluntary donations of $3-5 are welcome. Before to visit New-York, we advise to read some New York City Media, to keep up with the news of the city.

Going on a trip, even in the summer, when in New York is quite comfortable and warm weather, take with you a warm sweater or jacket. When visiting some attractions, such as the Brooklyn Bridge or the Rockefeller Center and Empire State Building observation decks, a strong wind may hinder you from enjoying the beauty of the cityscape. There are a number of other things for a tourist to know in New York City: it is cheapest to use the subway in the city; don’t buy street fast food, there are inexpensive chains where you can eat inexpensive meals; bring an adapter for converting electricity (sold in all hotels for $5); no smoking in public places; the best entertainment programs and shows are in Times Square.

New York City’s famous street is located in the heart of Manhattan. It is one of the top attractions to visit once in the metropolis. Times Square is home to the most famous movie theaters, restaurants, and theaters. At different times, the attitude towards Times Square by locals and tourists was ambiguous. At the beginning of the last century from a central street where you can find entertainment to your liking, it became a hotbed of vice. Here appeared clubs with gambling, роrn theaters and other similar institutions. Later, Times Square became a truly dangerous place, where robberies flourished and businessmen faced lawlessness every day from corrupt police officers. But no matter what times this legendary street has gone through, it has always been and remains the center of life in New York City.

Broadway is the main artery of New York City, 25 kilometers long. This legendary street stretches through all boroughs of the metropolis and the 12th Avenue in Manhattan. For one day to pass the street impossible, but allocate time to explore its sights worth. The architecture of the buildings on Broadway is so varied that you can learn about the history of America from it. Once on the south side of the street, you’ll find low colonial-style houses and their surrounding squares, while downtown is lined with skyscrapers.

The Statue of Liberty is a famous symbol of New York City and American independence. It is a legendary monument that every American is proud of. The height of the monument is 93 meters. The statue of a woman holding a torch in one hand and a tablet with the date of the proclamation of independence in the other can be seen from afar, and in the evening and at night it is lit by many lights.

The Brooklyn Bridge is one of the Eight Wonders of the Modern World. It was built in the late 19th century to connect two economically important neighborhoods, Manhattan and Brooklyn. Unique at the time the structure was built for 14 years. Because of its design, it is considered an ingenious architectural construction. The construction of the nearly two-kilometer bridge was complicated by several peculiarities. Firstly, to install the main supports, it was necessary to bore down the bottom, which was a hard surface of rock. Secondly, the construction had to hang on steel cables, which was unheard of at the time.

Visitors to New York City mistakenly believe that a visit to Manhattan and parts of Brooklyn are enough to form an objective view of the city. Real explorers know that Times Square and the Brooklyn Bridge are not the only landmarks for which New York City is famous the world over. Downtown certainly captures the rhythm and atmosphere of the metropolis, yet other areas are undeservedly neglected by tourists and there is plenty to see.

For example, the Bronx. The fourth largest neighborhood in New York City, separated from the island of Manhattan to the north by the Harlem River. In the Bronx you can indeed observe the diverse life of New Yorkers and American contrasts: there are middle and upper class neighborhoods next to the poorest neighborhood in the city. But that’s not the only reason to visit the Bronx. It’s famous for some noteworthy places that families with kids, groups of friends, couples, and solo travelers would enjoy visiting. if you interested in this place – you can read The Bronx History here too.

Mysterious ‘Wave’ of Star-Forming Gas May Be the Largest Structure in...