Home Space and Ufo What can the coronavirus outbreak teach us about bringing Mars samples back... 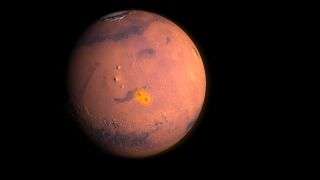 Scientists are still trying to figure out whether Mars shows any traces of life.

A new virus called SARS-CoV-2 is a coronavirus that has caused an outbreak of a disease called COVID-19.

Public health groups, such as the World Health Organization and the U.S. Centers for Disease Control and Prevention, are still learning about the virus, monitoring the disease it causes, and researching potential ways to stop it. You can read all about the coronavirus and COVID-19 at our sibling site, LiveScience.

But me being me, my mind went straight to Mars. I have long been aware of science fiction’s vision of Earth receiving space souvenirs that carry organisms that might be dangerous to Earth’s fragile biosphere — that’s me, and you, too! Such arrivals could be accidental, or they could be purposeful.

Meanwhile, President Donald Trump’s budget request for NASA supports the development of the Mars sample return mission, a robotic program that would haul back the goods from the Red Planet.

What if such samples turned out to be dangerous, and contagiously so? Are there some Mars-oriented lessons to be learned from COVID-19 and other major infectious diseases?

In 1973, Carl Sagan published “The Cosmic Connection — An Extraterrestrial Perspective,” offering this view of Martian pathogens:

“Precisely because Mars is an environment of great potential biological interest, it is possible that on Mars there are pathogens, organisms which, if transported to the terrestrial environment, might do enormous biological damage — a Martian plague, the twist in the plot of H. G. Wells’ War of the Worlds, but in reverse. This is an extremely grave point. On the one hand, we can argue that Martian organisms cannot cause any serious problems to terrestrial organisms, because there has been no biological contact for 4.5 billion years between Martian and terrestrial organisms. On the other hand, we can argue equally well that terrestrial organisms have evolved no defenses against potential Martian pathogens, precisely because there has been no such contact for 4.5 billion years. The chance of such an infection may be very small, but the hazards, if it occurs, are certainly very high.”

What might happen if such an infection does occur? “I think that it might be instructive to consider the climate of concern that accompanies the current situation with coronavirus,” John Rummel, a senior scientist at the SETI Institute in California and NASA’s planetary protection officer from 1986 to 1993 and 1997 to 2006, told Space.com.

For example, the diagnostic tests available for coronavirus right now aren’t perfectly accurate, and it can take more than a week after infection for symptoms to develop. And while a terrestrial infection might be limited by the change of seasons, that wouldn’t necessarily hold true for a foreign disease vector.

“I think that the challenge for a Mars sample return activity is to be open about precautions taken in the face of ignorance,” Rummel said, “which is what we have … when we discuss life on Mars.”

Scientists have various schools of thought on hauling Mars samples back to our planet, Rummel said. But the planned, precautionary approach, based on strict containment and testing for life and biohazards, is compatible with the potential to discover life in a sample, or elsewhere on Mars by other means, as it would still allow for a sample to be returned.

“If one finds life in the sample, one has a good chance of being able to study it in containment,” Rummel said. “The downside of this approach is that it is more expensive [in terms of establishing the containment facility], up-front, than ignoring life on Mars.”

As the recent report to NASA from the Planetary Protection Independent Review Board stated, this approach requires that a sample-handling facility dedicated to analyzing and testing Martian samples be developed up-front.

Rummel said that, if something like the coronavirus situation pops up, then any other containment facility may not be available in a timely way, and may not be able to meet the cleanliness requirements that will ensure that any organisms discovered in the sample came from Mars, and not from Earth after the sample arrives.

Is the emergence of a new epidemic here on our planet a cue about taking precautionary steps regarding planetary protection?

Catharine Conley was NASA’s planetary protection officer from 2006 until November 2017. “As with historical infectious disease epidemics, the coronavirus that’s spreading currently is another example of why it’s so important to understand the consequences of interacting with environments humans rarely contact and then distributing widely whatever [they] picked up,” she said.

“In the case of Mars exploration, it’s most likely that Earth organisms transported to Mars could cause problems for future inhabitants,” Conley said. “If Mars life exists and is brought to Earth, it’s more likely to cause effects on the environment, like the algae recently found to be warming the ice in Greenland, than that it would be a virulent human pathogen.”

However, if Mars life is related to terrestrial life, Conley said, “that makes it much harder to distinguish from Earth contamination — and also, just like diseases that jump species, more likely to affect us, too.” 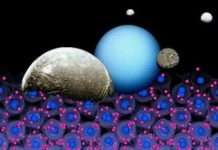 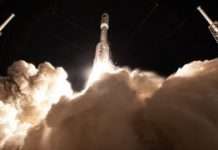 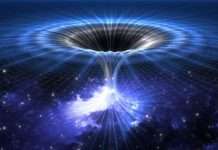 Boy, 6, stung to death by hundreds of hornets while helping...