A MYSTERIOUS unexplained cave on a remote island in Antartica has been exposed on Google Maps in what online users are claiming could be an “entrance to a hollow Earth” or a “military cover-up”.

A mysterious hole in Antarctica has sparked a frenzy of speculation ranging from a top-secret military base to an ancient civilisation. The origin of the bizarre entrance in Antarctica remains unexplained after the ‘cave’ appeared suddenly in 2007 – before disappearing from Google Maps six months later. Conspiracy theories YouTube channel ThirdPhaseFromTheMoon uncovered the mysterious phenomenon.

The sighting comes from Greenwich Island, one of the southern isles in Antartica.

Blake Cousins, who runs the conspiracy theorist channel, suggested that the bizarre footage could prove it’s an “entrance to a hollow earth that has been exposed on Google Maps”.

In the video exposing the hole, satellite footage in 2007 shows the mysterious cave, but six months later “it no longer exists” on the map. 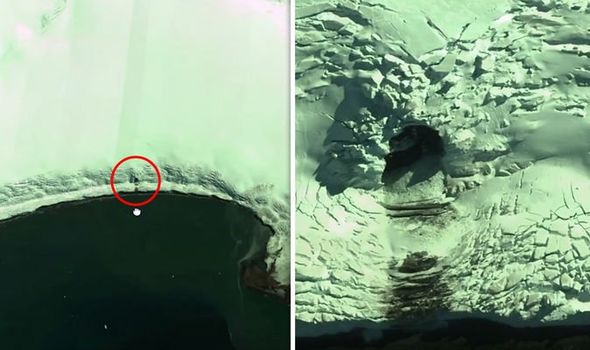 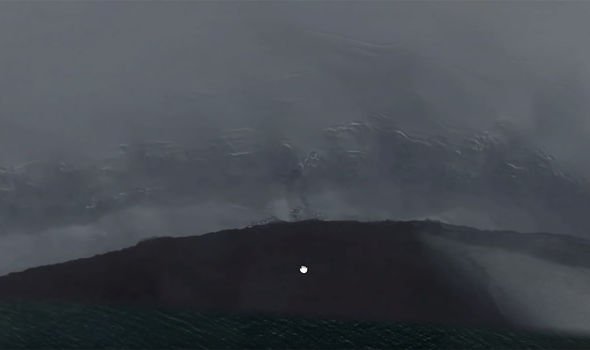 According to the YouTubers, this means the cave “could potentially fit hundreds, if not thousands, of people.”

His co-host Brett Cousins said: “In a matter of a few months, this is insane. What is going on?

“Could it be a natural event, like a snow slide that covered up a cave?”

Brett also wondered whether climate change could have melted the ice around the cave, and “unveiled secrets”. 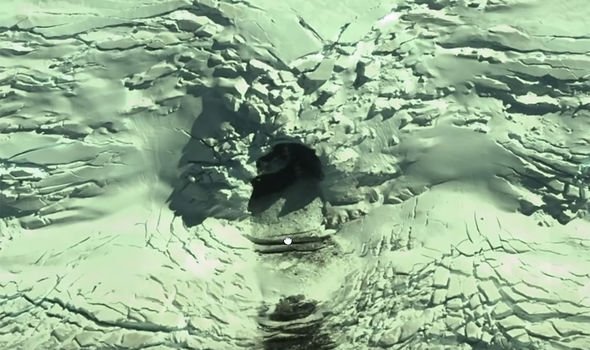 Blake Cousins pointed to the unusual structure leading up to the alleged cave, which resembled man-made steps.

He said: “There seems to be a staircase entry into the cave.

“It’s big enough for spacecraft and flying saucers or even assets in our military to fly into this massive opening.

“Is this a base? Something man-made? There’s no indication this is a sinkhole.”

Comments on the video add to the mystery, with one commenting it “looked like something exploded out”.

Another added: “It looks almost covered up purposely.”

Others remarked: “Could be one of two things: a giant cave system, unearthed from the melting snow/ice. Or, a man made structure that’s being kept from the masses.”

The finding immediately sparked a frenzied discussion on the YouTube post, with many speculating on the rise in mysterious sightings in Antarctica in recent months.

One user remarked: “There’s something weird going on down there. There’s a reason why the world’s governments has made Antarctica off limits and only certain people can go to certain areas for Scientific research.”

One viewer claimed “a lot of strange things are going on in Antarctica”.

However, others dimissed these claims as outlandish, insisting that the sighting could be explained as a “melt hole”.

One person said: “Looks like it could be where melting ice running under glaciers. You can find that in the Northern ice cap also. See the trail right to the water. Looks like erosion.”

End of the world: How 900-year-old pope prophecy ‘fulfilled coming of...

Titanic’s iconic telegraph ‘voice’ may be recovered. But some say the...