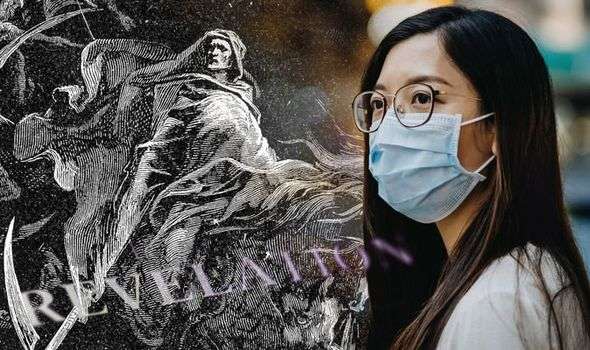 CORONAVIRUS has infected more than 100,000 people around the globe despite bizarre warnings the Four Horsemen of the Apocalypse will herald the “return of plagues”. Could coronavirus be a sign of biblical prophecy unfolding?

Militant Christians believe the coronavirus epidemic is a sign of the end times prophesied in the Bible’s Book of Revelation. The SARS-CoV-2 virus, which first emerged in China last December, has to date killed at least 3,408 people.

The alarming rate at which the disease spreads and targets victims has led many to consider its supposed biblical origin.

Edward P. Harrup also tweeted: “Why are you surprised about the Corona virus God told you it would happen. Read the Bible.” 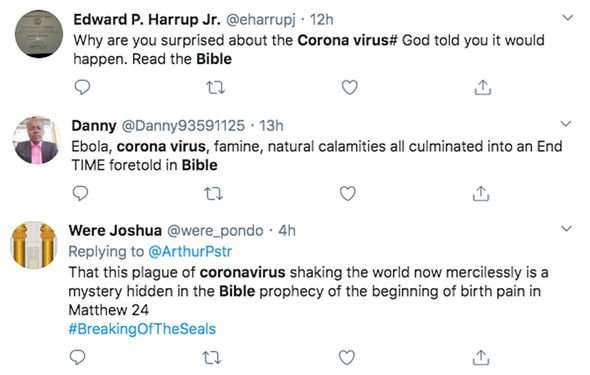 According to some Christian evangelists, the coronavirus represents one of the Four Horsemen of the Apocalypse, whose arrival is said to precede the end of the world.

But these are not new claims and certain Christian writers have been warning off widespread plagues and pestilence as far back as 2005.

In a 2005 article for The Trumpet, Fred Dattolo claimed the “galloping hoof beats of the four horses are getting ever louder and closer” as the end times approach.

According to the outrageous claims, the Four Horsemen who represent Death, War, Famine and Pestilence or Plague have real-world analogues.

The fourth horseman is said to ride a pale white or green horse, spreading his disease to a quarter of the world.

Illness due to COVID-19 infection is generally mild

Mr Dattolo said: “The four horsemen are depicted in the book of Revelation Chapter 6 as the first four of seven ‘seals’.

“These seals are benchmarks of end-time events leading up to and including the return of Jesus Christ.

“John witnessed these vivid events in a vision sent by God the Father to Jesus Christ, who gave it to an angel to reveal to John – Revelation 1:1.

DON’T MISS
Is the Big One coming? San Diego threatened by major earthquake [ANALYSIS]
Coronavirus prophecy: The Four Horsemen of the Apocalypse are here [INSIGHT]
Was coronavirus prophesied in the Book of Revelation? [ANALYSIS] 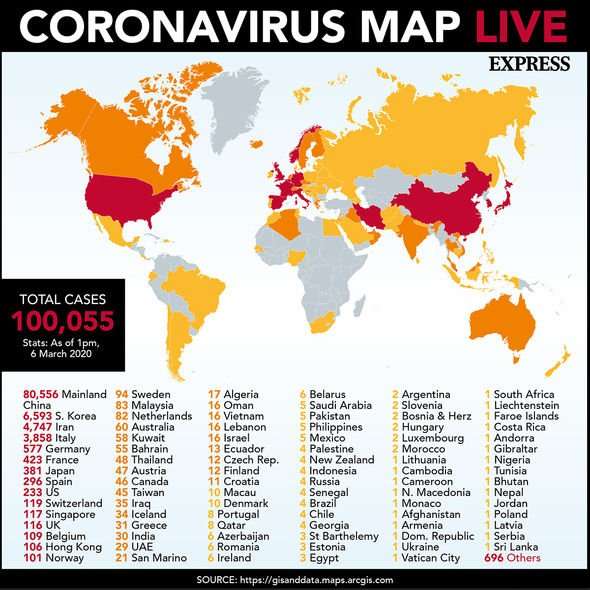 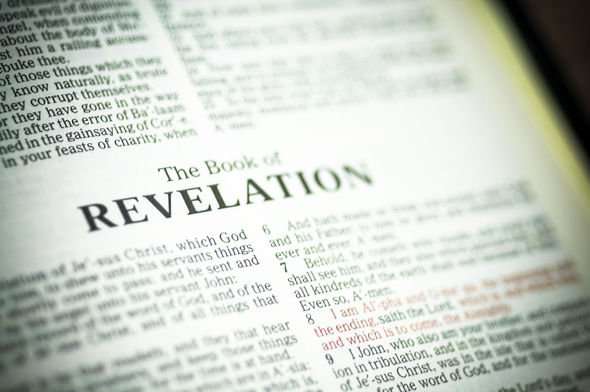 “Then John, as he was instructed, recorded what he saw (verse 19) in brilliant prophetic imagery.”

But why do people believe the coronavirus matches this description?

The viral pathogen attacks the respiratory system with flu-like symptoms and pneumonia.

If left untreated, the disease known as COVID-19 can be fatal among a certain demographic.

According to health officials, the coronavirus is most dangerous to the elderly and people with underlying health problems.

But the virus has so far proven to have a relatively low mortality rating, meaning it can be hardly considered a biblical plague of prophecy.

The World Health Organization (WHO) said: “Illness due to COVID-19 infection is generally mild, especially for children and young adults.

“However, it can cause serious illness: about one in every five people who catch it need hospital care.