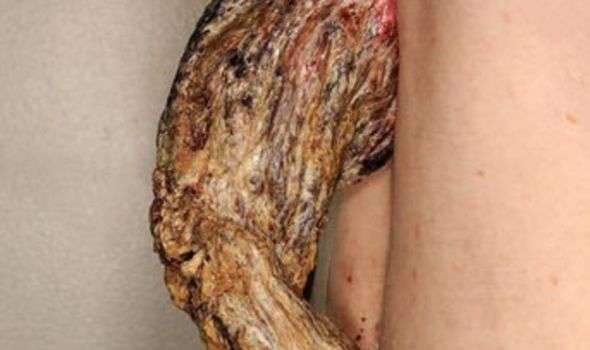 A GRUESOME five-inch ‘dragon-horn’ was removed from the back of a 50-year-old man who had let the growth grow over a period of three years.

The horn had managed to grow to a size of 14cm (5.5inches) in length and 5.8cm (2.2inches) in width and in fact turned out to be cancerous. Termed as a ‘dragon horn’ by the British Medical Journal (BMJ), doctors performed a “wide local excision” at the Countess of Chester Hospital in Cheshire.

Doctors used a skin graft from his thigh to cover the wound from what is termed as a squamous cell carcinoma (SCC).

In the report, the BMJ wrote: “We report a rare case of an extremely large well-differentiated SCC that was neglected by a patient living in a developed country with access to free healthcare.

“This highlights that despite current public skin cancer awareness and rigorous healthcare measures, cases like this can still arise and slip through the net.”

Although they also said the man did smoke, he had no family history of cancer and had not been exposed to significant sunlight. 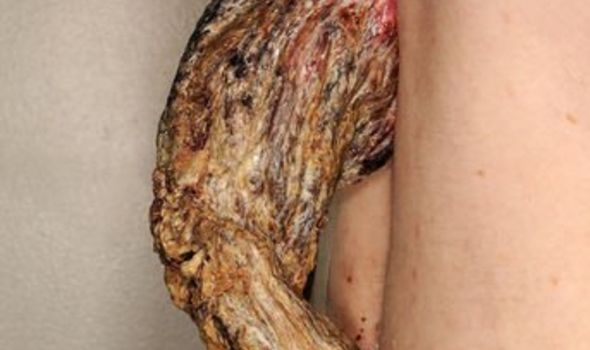 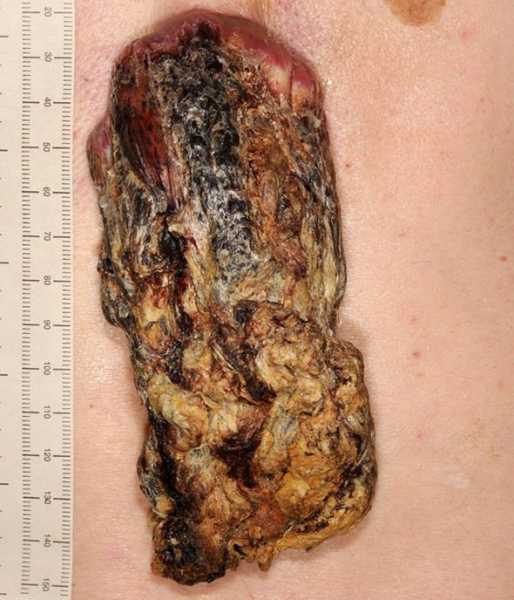 Most cases of SCC’s are usually reported and treated before the so-called ‘dragon horn’ stage.

Moreover, the SCC is the second most common form of non-melanoma skin cancer.

Usually, the growth begins as a soft pink lump with a crusted surface.

If untreated, over time surface scales cover the area and a horn develops.

JUST IN: Liver cancer symptoms: The sign in your tummy to watch out for 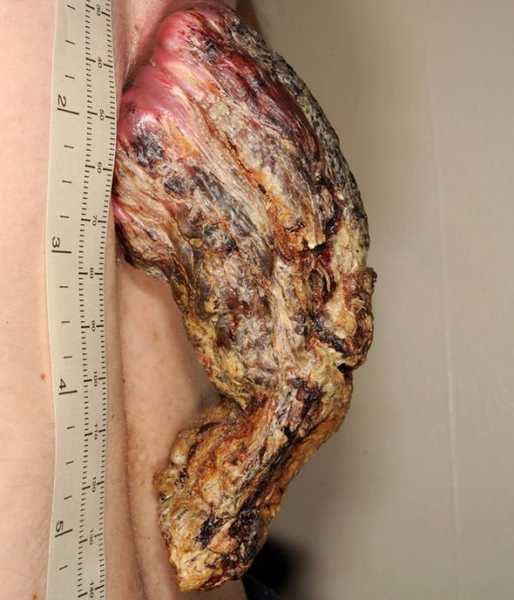 Doctors are still unclear as to how a horn appears on the growth.

Although it remains a mystery as to the growth of an ulcer in a horn-like shape, the growths can also appear on the face or ears.

According to the authors of the report, more cases of SCC growths are being diagnosed in the US and Europe.

In light of the rising number, the authors of the report, Agata Marta Plonczak, Ramy Aly, Hrsikesa Sharma and Anca Breahna stated the publication of the case was in order to raise awareness. 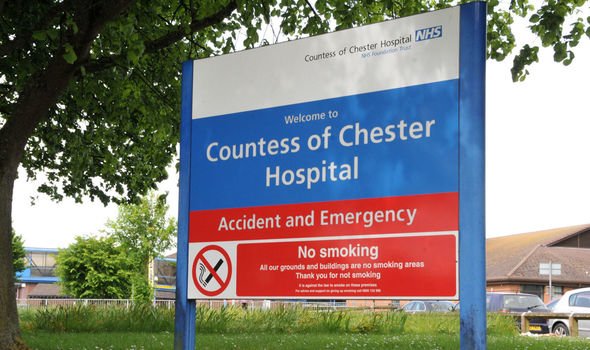 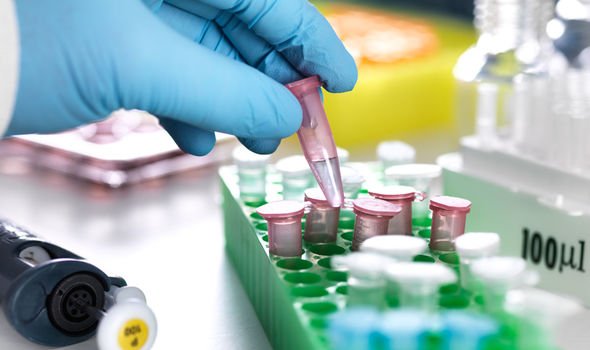 While early SCCs are usually easily treated, a new cancer scan which can predict how rapidly a growth is forming on the brain has been created.

The test, which allows specialists to tailor treatments for patients, could improve survival rates.

Professor Andrew Peet, who works at the University of Birmingham and Birmingham Children’s centre, said the scans will reduce “the effects on patients and improve their quality of life”.

Mr Peet said: “This is a huge step forwards towards the introduction of more personalised treatment for childhood brain tumour patients.

“Assessing how aggressive these tumours are at an earlier stage will help ensure that treatment is no more toxic than it needs to be, reducing the adverse effects on patients and improving their quality of life.” 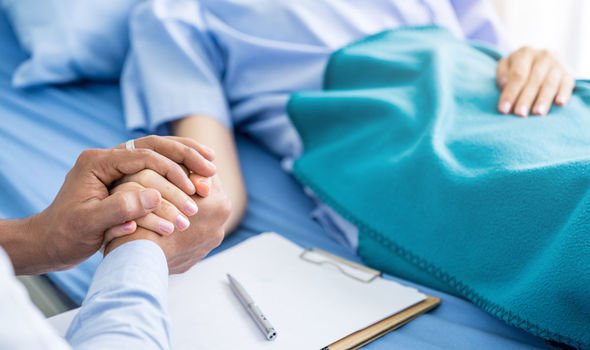 At present, 75 percent of children with brain tumours live beyond five years.

However, the need to tailor treatment to the individual case is incredibly important.