NASA’s live stream of Russia’s docking to the International Space Station (ISS) earlier this year has sparked controversy online after a video claiming to have spotted several anomalies surfaced.

Progress MS-12 was the spacecraft used by Roscosmos to resupply the International Space Station (ISS) on July 31, 2019. Originally planned for a year earlier, the craft delivered 1164kg of dry cargo, 420kg of water, 51kg of oxygen, 850kg of propellant in the refuelling section and 880kg of propellant in the integrated propulsion system. After three hours and 18 minutes, a new record time, Progress successfully docked with the PIRS docking module in low-Earth orbit.

NASA live-streamed the whole thing online to more than 34,000 people, but there was one bit that stood out more than anything else to an eagle-eyed viewer.

Just as the craft approached the ISS, Mission Control said: “Crew reporting from three metres away from the station, standby for contact at capture.

“The crew confirmed contact and capture of the Progress vehicle to the International Space Station at 10:29am central time.” 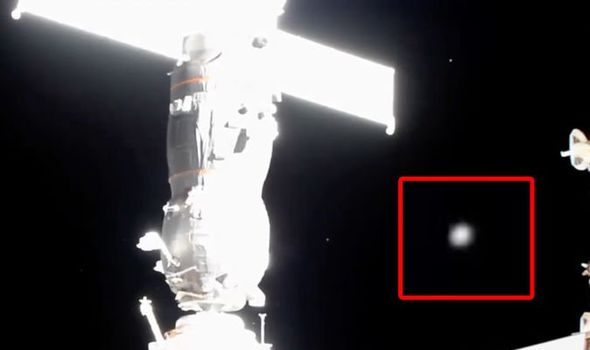 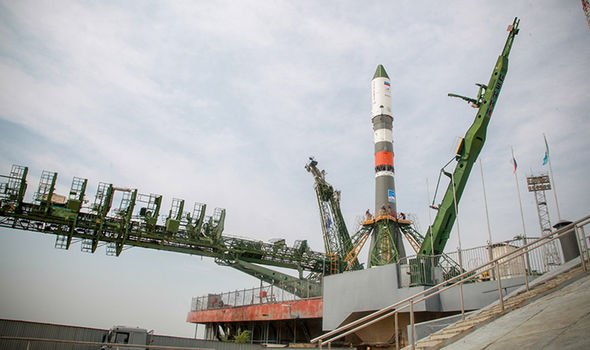 At that exact moment, something flew past the Progress vehicle and appeared to be flashing as it did.

Mission Control did not appear to notice it, though.

They continued: “The station and Progress now flying 259 statute miles over Northwest China.

“Again, that contact and capture was made at 10:29, we have completed Progress docked to the PIRS compartment of the International Space Station.

“The crew have now work (to do) to get the hooks to drive the heartbeat, but after those hooks are driven we will sign-off and Progress will be officially docked to the International Space Station. 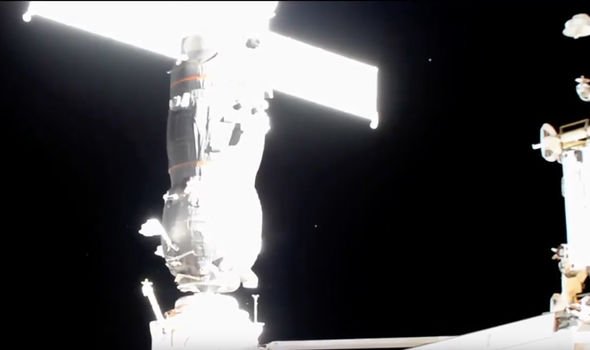 “It comes just in time as we enter into an orbital night time, the Sun disappearing over the horizon.”

The two-minute ordeal was spotted by William Johnson, who cut the exact moment and uploaded a video to his YouTube channel “willease” on December 14, claiming in the title that he had spotted “anomalies”.

It has not been confirmed what the object was yet, but it is likely to be a satellite, or space junk.

The uncrewed Progress craft left the ISS on November 29, 2019, re-entering Earth in a blaze of fire before smashing into a remote part of the Pacific Ocean. 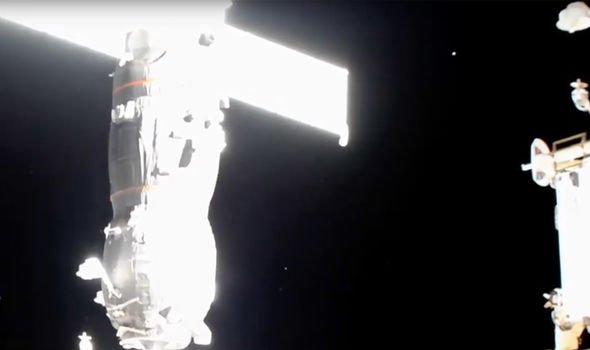 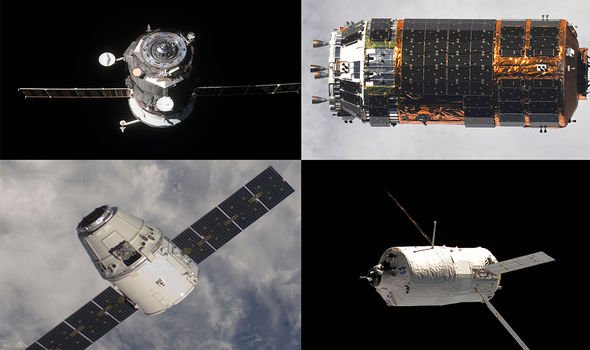 NASA astronaut Nick Hague posted a video on Twitter, writing: “Said goodbye to Progress today to make room for 73P showing up on Wednesday, caught this shot of it during reentry.

“It looked like a big firework that lasted minutes – flickering, sparking, and pulsing with brightness before it faded into the darkness.”

As the video showed, the disposable spacecraft broke apart into a shower of bits as it burned up in Earth’s atmosphere.

NASA officials explained: “It reentered the Earth’s atmosphere loaded with trash and discarded gear for a fiery, but safe disposal over the Pacific Ocean.”