UFO footage shot during a 2006 Space Shuttle mission is evidence of a NASA conspiracy, a self-proclaimed alien life expert has announced.

NASA has been accused of a major cover up over an archive photo which some claim shows an “organic alien craft”. Scott Waring presented photographic and video “proof” of alien activity captured by the NASA astronauts during the Space Shuttle Atlantis (STS-115) mission.

Speaking on his etdatabase.com blog, Waring said: “I found an organic UFO which I believe to be a living animal recorded with a digital still camera by astronaut Daniel Burbank.

“This living UFO was spied outside of the Space Shuttle Atlantis.

“It looks just like a jellyfish and it even appears to have laid some kind of small egg beneath it.

“This is an unusual UFO as most alien technology looks metallic.”

Waring then refers to a previous interview with STS-122 shuttle astronaut Leland Melvin, which he believes corroborates his claims. 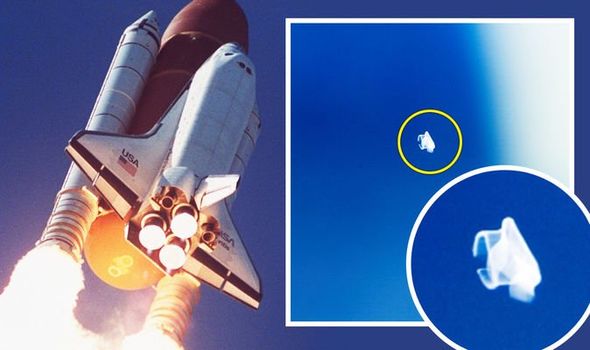 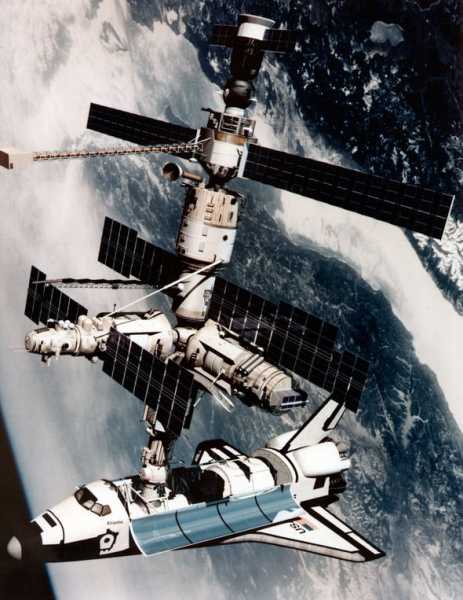 He said: “He told me he saw something ‘translucent, curved, organic looking’ object floating past the window when he was working with colleague Randy Bresnik.

“NASA refuted this claim, suggesting the anomaly was just debris.

“However, in the video NASA describe the ghostly item as an ‘unknown object’.

The verified NASA image is freely available on the US space agency’s site.

The image is captioned: “This picture of unidentified possible small debris was recorded with a digital still camera by astronaut Daniel Burbank onboard the Space Shuttle Atlantis around 11am CDT.

“Engineers do not believe this to be the same object seen in video taken by shuttle TV cameras earlier in the day.”

Waring proceeds to examine never-before seen raw STS-115 footage of what he claims records a UFO in upper Earth’s orbit for three minutes.

He said: “This is unedited footage that his totally 100 percent original.

“You can see a UFO apparently floating over the clouds, right below the Atlantis Space Shuttle. 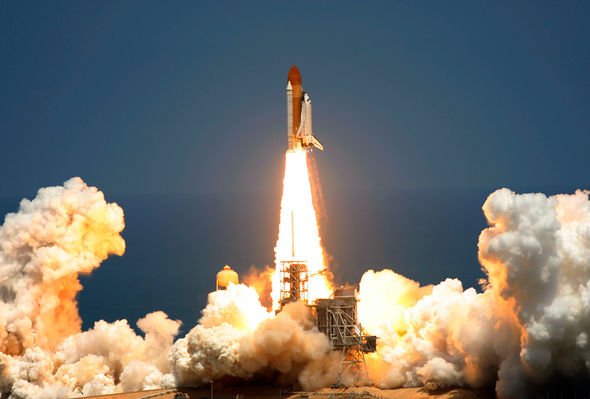 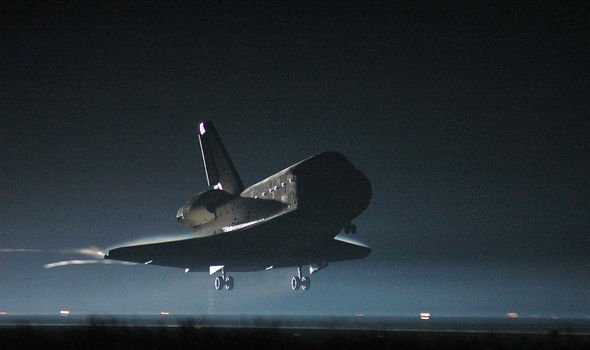 “This is just of the many UFOs spotted during the 2006 NASA mission.

“There were also three alien craft spotted lurking behind the Space Shuttle. “

NASA shuttle managers in 2006 debated whether simple camera views, a third heat shield survey or possibly even a spacewalk were required to address a mystery object near the space shuttle Atlantis that delayed the spacecraft’s planned Wednesday landing.

NASA’s shuttle program manager Wayne Hale told reporters at the time: “We have ruled out nothing and we’ll take the time that it needs to take.

YouTube viewer Bhami was not convinced: “My take: not lens flare, but simply debris such as plastic wrap.”

But Ollie Webb disagreed, writing: “How did a plastic wrap get out into space?

“But I think this is essentially a magnetic field in flux, or whatever an inter-dimensional craft phasing between dimensional plains looks like.”